One City Marathon Training : 3 and 4

December 10, 2017
Aloha everyone!  In case you don't follow me on Instagram, I was just in Hawaii for the past two weeks! It was such an amazing trip and I can't wait to talk more about it, but today I'm going to be sharing my workouts while I was there.  I definitely didn't follow my training plan and missed lots of miles, but I don't mind having an off week (or two) this early on.  I'm sure I'll make it up!

Here's a look at how my last two weeks of training went (along with some Hawaiian music I loved while I was there!)

Rest Day!
Since Dan was there for work, this was really our only free day to spend together.  We decided to go up to the North Shore and visit all of the beaches possible!  Got in lots of walking but no runs. 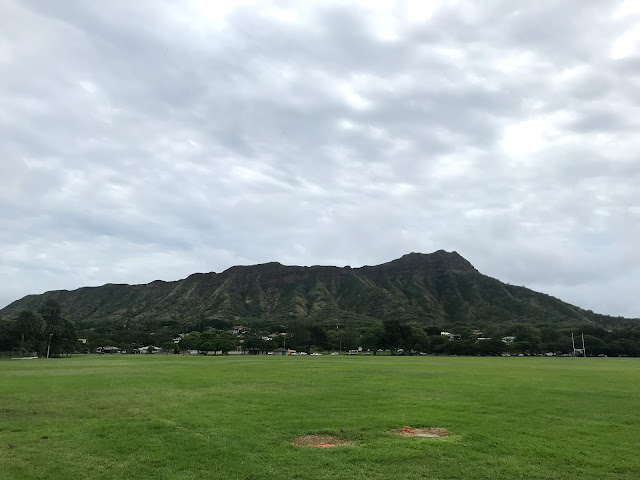 I went on a run around Diamond Head around lunchtime, which was really hard!  It was pretty warm out and it's a decent climb to the entrance and back down to Waikiki (the actual monument is closed during the week for maintenance, so I just ran around it.)  I stopped a few times at different beaches and went on a few small hikes along the way. 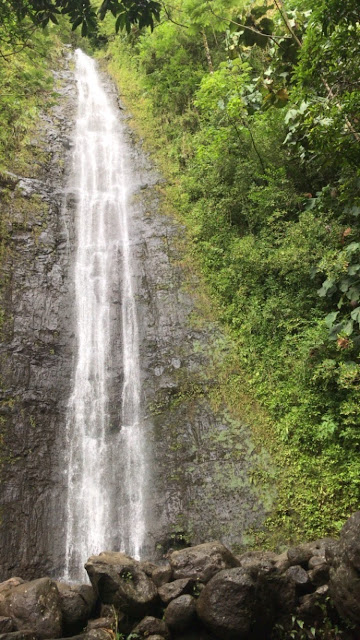 I took a solo trip to Manoa Falls to go on a hike.  It was pretty easy but hilly in some sections, and the waterfall at the end was amazing.  I also stopped by nearby Lyon Arboretum for a bit more hiking and ended up with around 6 miles total.  In the evening, I went to a free yoga class near my hotel which felt great! 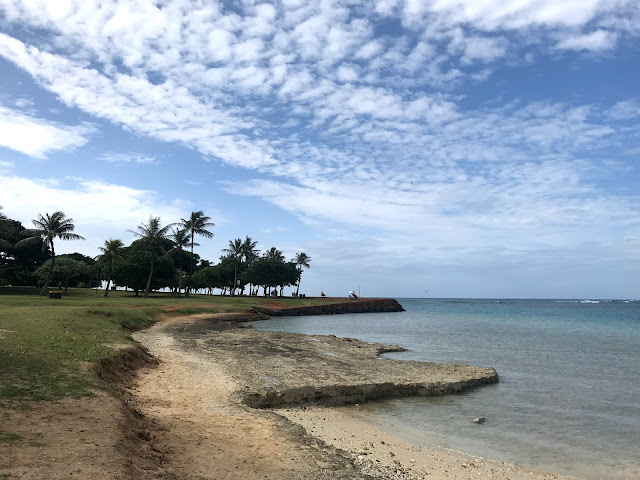 I went out for another run, this time heading west towards Ala Moana park and Magic Island.  I was originally planning on doing my speed workout (2 miles at tempo), but it was so hot and humid out that I felt like I would pass out after just a half mile!  I decided just to enjoy the run and take it easy, and ended with swim in the ocean. 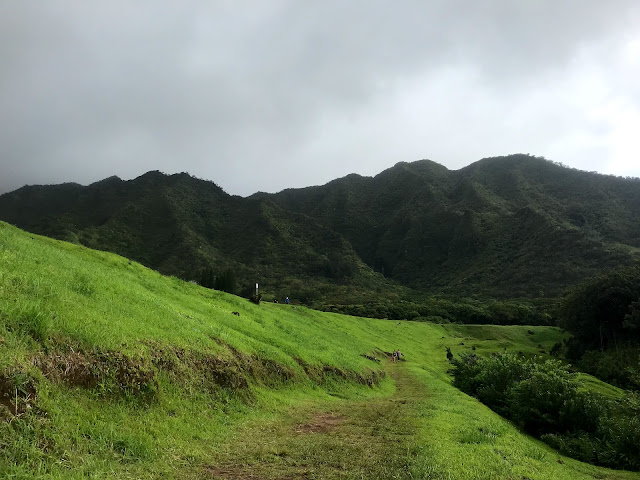 Later, I met up with some of Dan's coworkers' kids for another hike.  This one was much more grueling and difficult- we heard there were upside down waterfalls called Lulumahu Falls.  To get there, we hiked pretty much straight up a mountain, crossing over small waterfalls and creeks and doing some bouldering/rappelling.  It was so much fun and hard work, especially because it was raining pretty much the entire time!  We got to the falls and while it was really beautiful, they were not flowing backwards.

Rest Day
Spent the day walking around downtown Honolulu!  Definitely got my steps in, but no running. 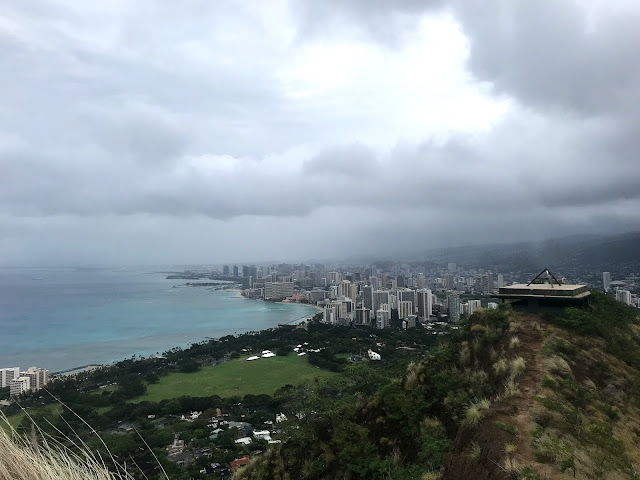 I was supposed to do my long run, but when I woke up it was pouring down rain and the forecast didn't look great.  I decided to head out anyway and get in some miles, so once again I ran around Diamond Head.  It was actually open for the weekend, so I ended up hiking/running to the top, and then ran to a farmers market nearby for a nice and refreshing drink!  It was a challenging run for sure, but definitely worth it! 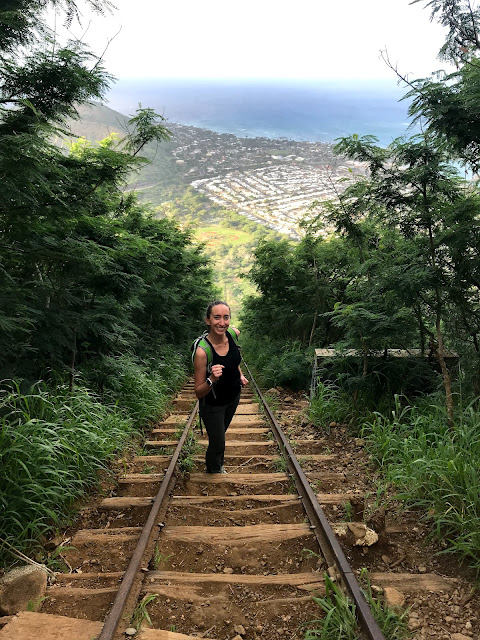 I was actually working this entire trip as well (but on east coast time), so this was a free day that I definitely took advantage of.  I met up with the other families for another hike early in the morning, where we went straight up a mountain to the top of Koko Head Crater, then spent the rest of the day driving around Oahu to check other hikes and landmarks off my checklist.  I ended up with around 15 miles total for the day!

Rest Day
I was so, so sore from all the hiking the day before (especially those steps at Koko Head) so I took it easy. 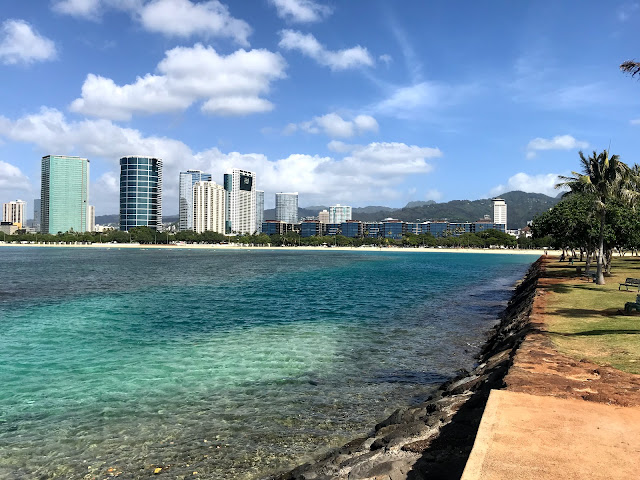 It was our final day in O'ahu, so I went on my favorite running path again- the Magic Island!  It was such a beautiful, clear day, and I ended at the beach, where some of the other families were.  We ended up renting paddleboards and staying out on the water for a while.  Such a workout in the ocean!

Rest Days / Some hiking
Our actual "vacation" started on Wednesday, when both Dan and I were done with work.  We flew over to Maui, and spent the next few days exploring the island.  We did some hiking and site-seeing, but I didn't go running at all. 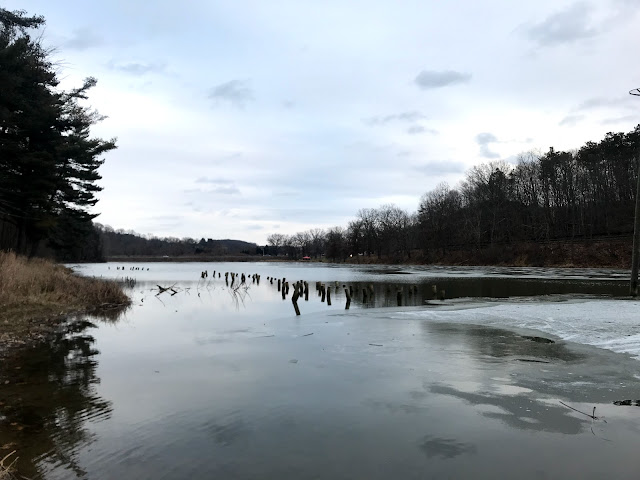 I got home around 7AM, and took a nap for a while then set out for a run.  While I was still in Hawaii, I made plans to go for a run with Jessie, because I knew I would just stay in bed all day if I didn't!  My plan called for 5 miles at marathon race pace, which I thought would be impossible, but we ended up crushing it.  I did 5 with Jessie, then 3 alone.
One City Marathon