Triathlon Training : It's Go Time and a Look Back

July 30, 2018
Happy Monday everyone!  It's that time again- race week.  While it feels familiar to have a race coming up, it also feels completely foreign to me since it's my first triathlon.  I still don't really know what to expect or what race day will look like, but I'm very excited (and super nervous!)

I've missed a few weekly check-ins during my training, so I decided to give an overall look at how my training went.

I would probably have to say that swimming is still the area that I'm most uncomfortable with.  I was going an average of 3 times a week and had a good schedule going, and then my gym closed back in May and I really struggled to get back on track.  I also feel like I hit a plateau and haven't made much progress in the past few months- once I was able to swim 1000 yards non-stop, my paces pretty much stayed stagnant around 2:05/100 yards.  I'm not intimidated by the distance any more (and my race is only 700 yards) but I know I'll be one of the slower people in the field.

As an absolute shock to me, I've started to fall in love with biking.  If you remember back to when I started training, I was really scared of biking and would be proud of myself for getting through a ride without falling off.  Now, I look forward to biking days and am hoping to do some longer rides and focus more on biking once triathlon training is over!  It might be because I get to ride with Dan, but there's just something about it that is so much fun, and also a great workout. 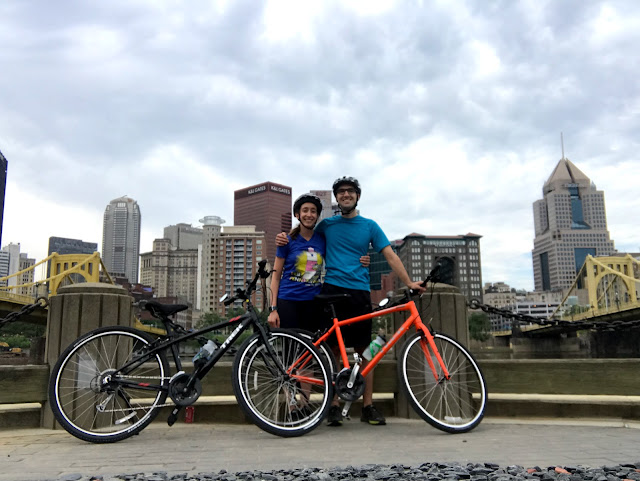 Running has always been my first love, but I definitely didn't follow any kind of strict training plan for this triathlon.  It's only a 5k run, which I know that I can always get done.  My training was mostly 2-3 days of running a week, with one of them being a longer run with friends, and one on trails (since my race will be a 5k trail run).  I also tried to incorporate as many "brick" workouts as possible- biking followed immediately by running- to help me get used to the feeling of that transition. 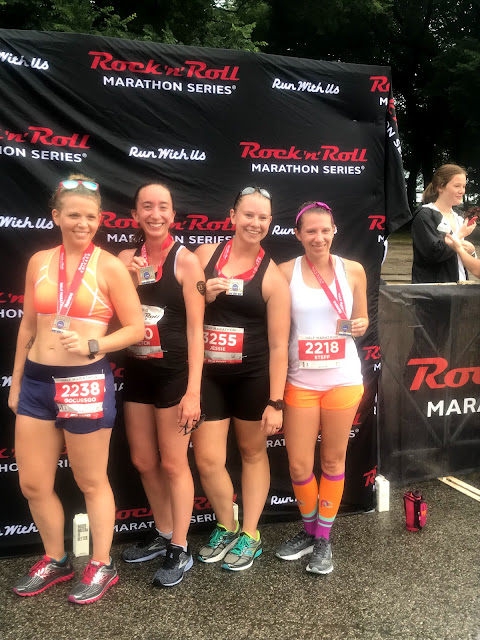 During my triathlon training, I ended up running three races!  I did a Park Run 5k during my trip to Scotland, a quarter marathon on the Big Island in Hawaii, and the Chicago Half Marathon last weekend with friends.  I didn't "race" any of them (in fact, I haven't trained or pushed myself in any race this entire year which has been a great break), but it was still helpful to keep me on track while I was away traveling! 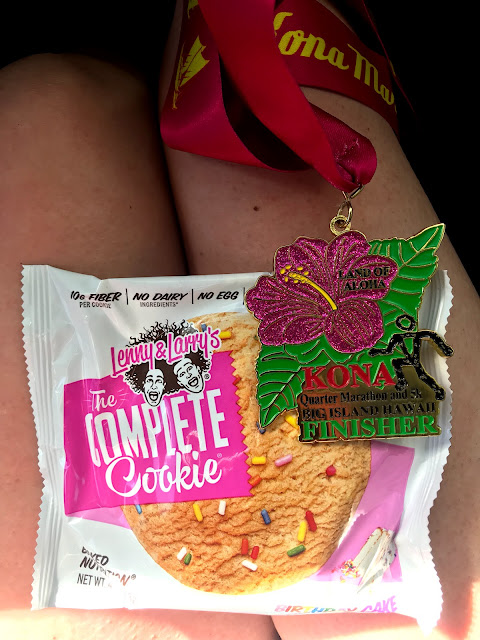 Besides the normal swim/bike/run, I've also been doing great with cross training!  I've been getting in at least one workout a week, usually with Class Pass, but also doing some hiking and stand up paddleboarding.  I love mixing it up, which is probably why triathlon training has been so fun, and I feel so strong!  I've really been enjoying my classes at Beat Fitness, which uses a lot of body weight and dumbbell exercises for a tough but fun workout!  The other day, a stranger even complimented my arms, which has literally never happened before in my life.  Thanks, Brian!

There you have it- I've put in a lot of work to get out of my comfort zone, and I almost feel ready to do the darn thing!  I still think I could have put in a bit more effort (especially lately with the swim), but overall I'm proud of myself!  I don't really have goals other than finishing and not crashing on the bike portion, but other than that I would like to get under my estimated finish time of 2 hours.  We'll see what happens!

Anyone who's done a triathlon- what advice can you give me?
What challenges did you set for yourself this year?
Triathlon