A Week in the Life- Moving Edition

Good morning and happy Monday everyone! Today I wanted to get back to one of my favorite kinds of posts- a week in the life. This one was special because it was actually our first week of living in our new house! Our furniture got moved in last weekend, and this week has been a blur! Most of it was dedicated to getting everything set up, shopping, and moving over a few last items. Here are some highlights of the week- 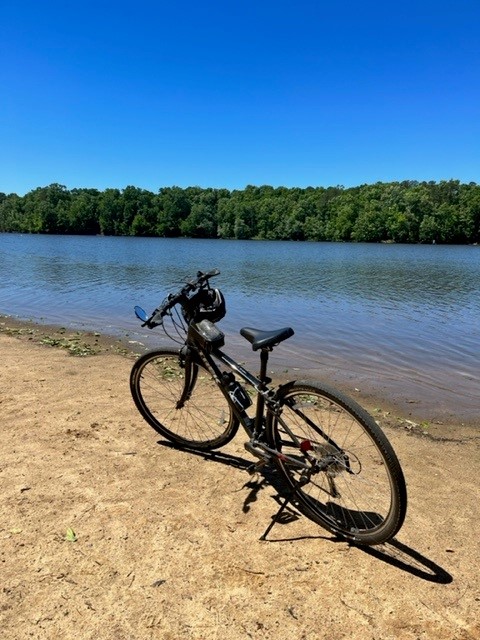 Plans for the day (outside of work): Morning walk and yoga, lunch bike ride, run after work, and a monthly Zoom catch up with Alexa.

One thing that went unexpected: I found a new bike route to one of my favorite local parks (Bond Park) and now it's only an easy 4 miles away. It's been so fun exploring!Best part of the day: Finished my latest book (The Violin Conspiracy) and it's SO good. One of my favorites that I've read recently and it was satisfying up to the very last page!Best thing I ate: A cheese plate for dinner. Always my favorite snacky meal. 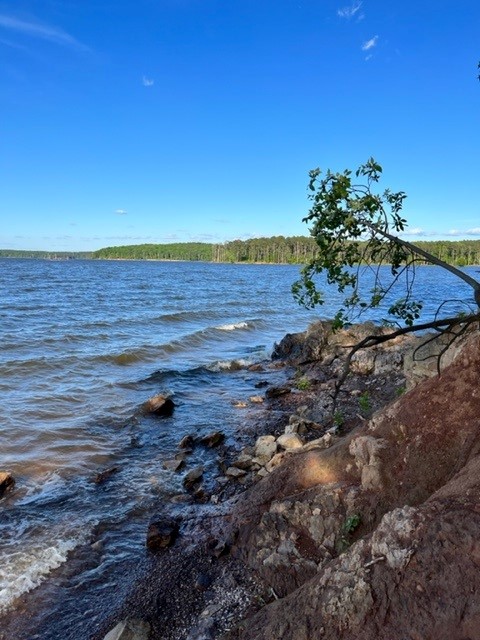 Plans for the day (outside of work): Stopped at our apartment to move some of the final items over (we're down to the nitty gritty now!). After work we stopped by Jordan Lake. The original plan was to paddleboard, but it was so windy and the water was too choppy so we went on a long hike instead.

One thing that went unexpected: In the middle of the day we had a visitor in our back yard- apparently the old owners got a free tree from our town and they stop by every few weeks to treat it and make sure it stays healthy! They said it's a redbud tree which looks really pretty- excited for it to hopefully bloom next year.Best part of the day: Hiking- it was such a beautiful day and the trail was almost completely empty.Best thing I ate: We got Beyond Sausage from the store and I made a little breakfast sandwich with a soft boiled egg. So good and simple. 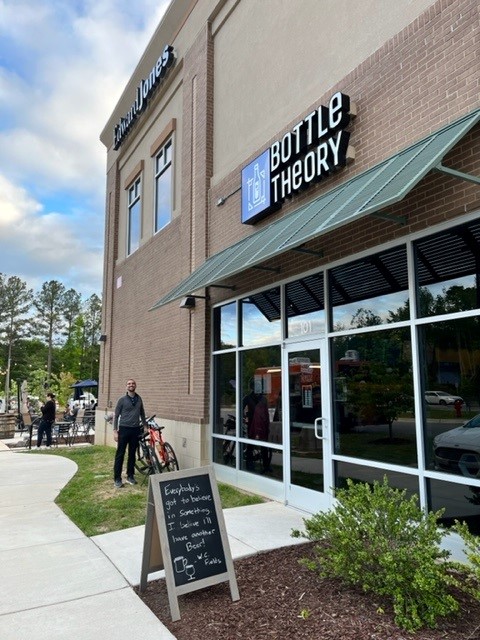 Plans for the day (outside of work): Went on a bike ride with Dan to a local bottle shop and had dinner at the food truck that was there.

One thing that went unexpected: Saw some of our neighbors out when we were leaving so we got to meet more people! Everyone in our neighborhood is SO nice and friendly- it's been great getting to meet them all. They all keep talking about the parties and bonfires they have over the summer and I'm really excited for that.Best part of the day: The sunset on our bike home was so beautiful, and it's so nice being close (and able to bike) to fun places.Best thing I ate: I eat chicken maybe once every four months or so, and the wings at the food truck really hit the spot. They had a hot honey sauce that was amazing and paired really well with my fruited lager! 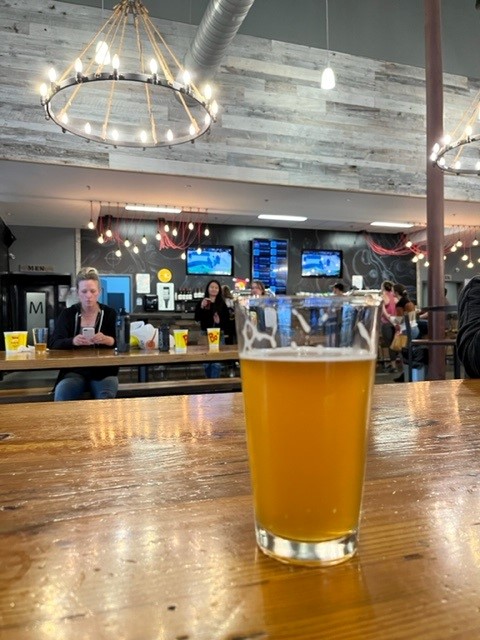 Plans for the day (outside of work): Book Club! This month's pick was The Midnight Library and we met at Compass Rose Brewing.

One thing that went unexpected: It was trivia night at the brewery, so we got to join in after our book discussion was over. Great timing!Best part of the day: Seeing my book club friends who are becoming real friends. I always had a dream of joining a book club and gaining a new set of close friends and it's becoming a reality! So happy that I found this group.Best thing I ate: I cut up some veggies and dressed it with some balsamic vinegar a few days ago and it's been a great little snack during the week. 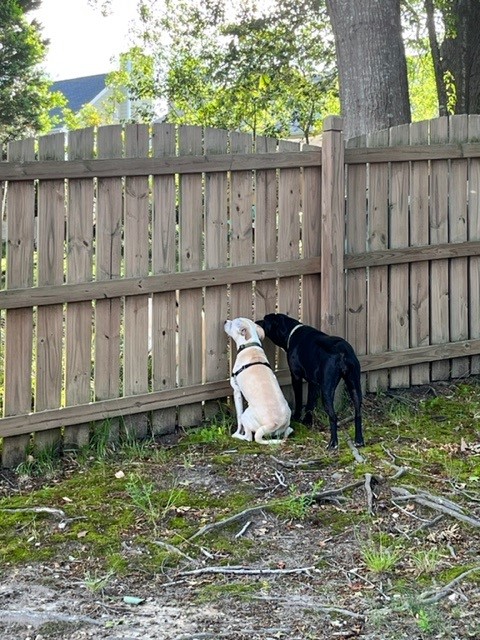 Plans for the day (outside of work): Puppy play date with a friend! Selma and Pistachio got to play for a while in our backyard, then we took them for a walk, and had some snacks back at our house.

One thing that went unexpected: I was planning on morning yoga and run as usual but it was rainy so it got cancelled.Best part of the day: Hanging outside since the weather got really nice later in the day. It's also fun having friends over to our house!Best thing I ate:  I made a big batch of pasta salad with some fresh veggies I picked up at the store. Always one of my favorite summer foods. 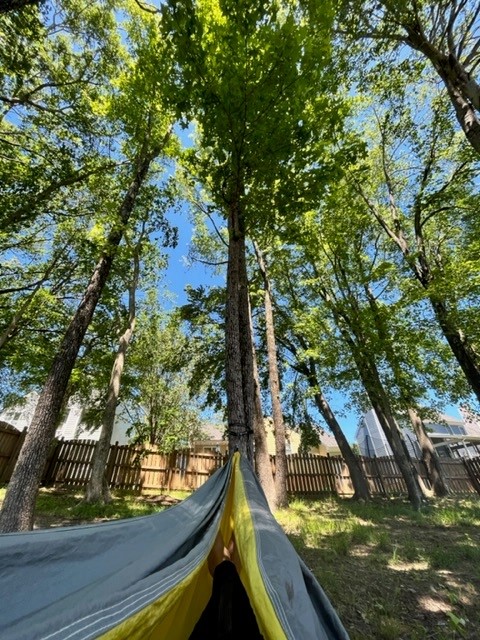 Plans for the weekend: Lots of house stuff, some runs, a literary-themed cocktail party, and sold some of our furniture. It feels like we didn't do much but we got to cross a lot of small things off our growing to-do list and also picked a date for a housewarming party!

One thing that went unexpected: I was supposed to start tennis lessons this week but it got pushed back because of storms. Seems like a lot of early morning rain lately, but luckily but mid day it all clears up.Best part of the weekend: The party was a lot of fun! Everyone made a drink inspired by a book, and there were some really creative ideas. I made a "Polyjuice Potion" drink and dip inspired by Harry Potter, and it was surprisingly good! My favorite was probably 20000 Leagues Under the Sea-gram that had some Swedish fish and was served in a cup decorated to look like the sea.Best thing I ate: I made a veggie burger with cheddar cheese, garlic aioli, onions, and pickles that was great- especially with some more pasta salad. Felt like summer!

What was your highlight of the week?