I'm finally back with another travel recap! Our trip to Europe continued from Belgium as we drove across the border to Luxembourg. When we were originally planning our trip, we were debating going to Netherlands instead, but after not seeing much information or hearing a lot about Luxembourg we thought it would be fun to explore a more unknown area. I'm so glad that we went that route, because the country is absolutely incredible. We did such a variety of things in our short few days there, and I really want to go back! 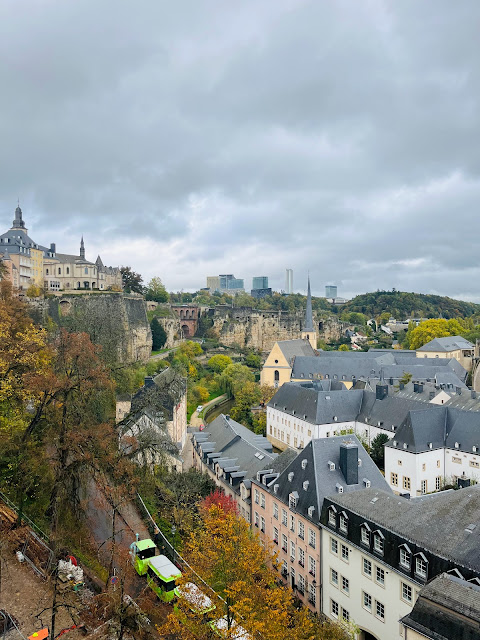 Here are some highlights of what we did. 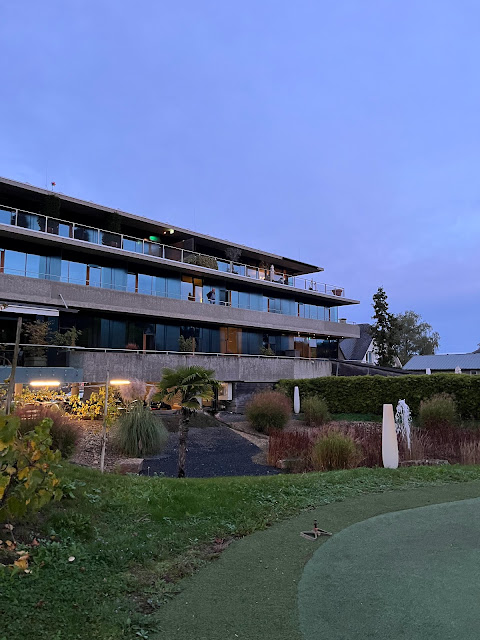 I absolutely loved this hotel! We wanted a spot that was close to the city, but also had beautiful views of the Moselle River and was close to vineyards and hiking, and this hit all of those areas. The restaurant at the hotel was great, and we spent most nights with a glass of wine on the terrace writing in our travel journals. I would definitely recommend this hotel if you're wanting to stay in Luxembourg but not in the city. 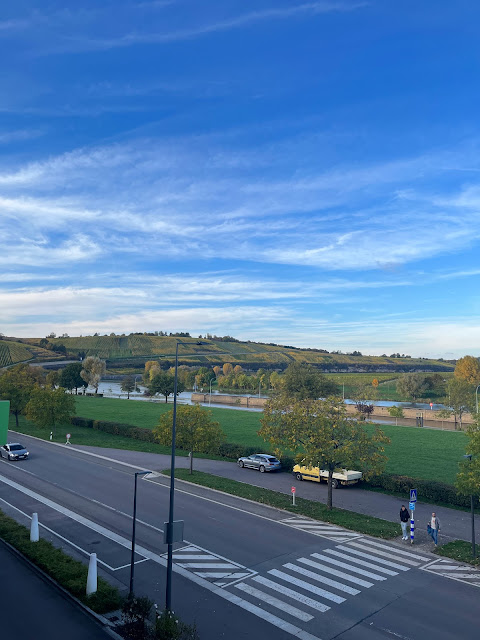 This is the view we had out of our room! Across the river is Germany, so it was cool that we had that view every day. There are a lot of wineries along this river, so we definitely enjoyed some while we were out, as well as some back at the hotel at the end of each day. 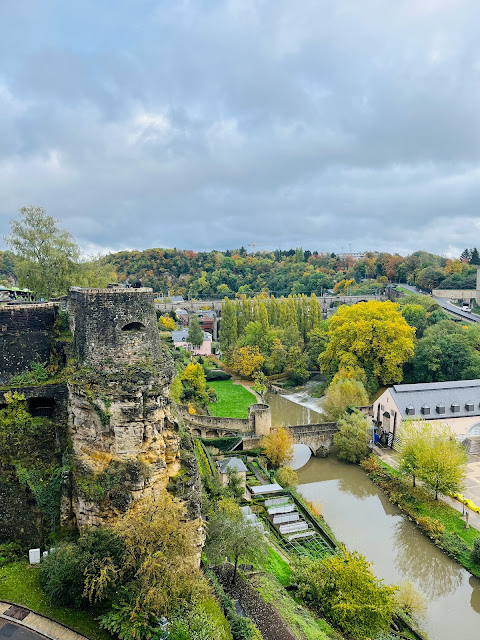 We only spent one day visiting the city, and to be honest I wish we had more time. We didn't come in with a plan, and just parked our car and spent the next few hours wandering around! One cool thing about the country is that all public transportation is free. We only took advantage of this once (mostly just to try it out) but if we had more time or stayed in the city we would have used it a lot more. The tram we used was so modern and clean- it's incredible to me that it was free to used and still so nice! 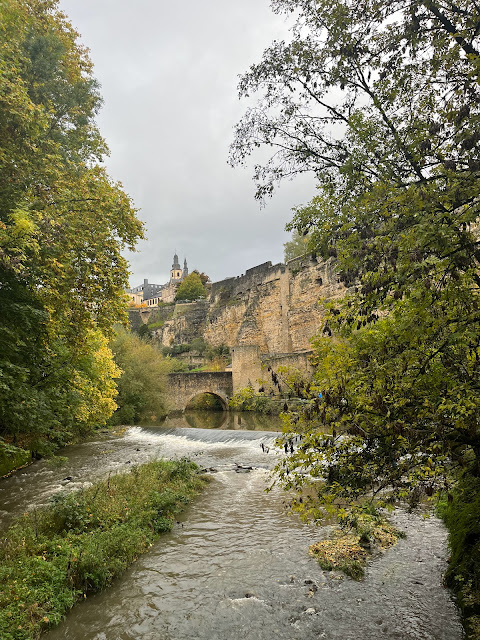 The city itself is incredibly beautiful. I can't even explain how breathtaking some of the views were- the city is situated on top of a hill, overlooking gorges cut by the Alzette River. There are pathways that zigzag down the hill, and at every turn you're hit with more beauty. Along the way we walked through parks and playgrounds, through museums, past palaces, around town squares, and more. I'm glad we didn't have a plan, because as soon as something would catch our eye we would just wander over to check it out. It was truly magnificent! There's not much more I can say other than this is a place you need to see for yourself. 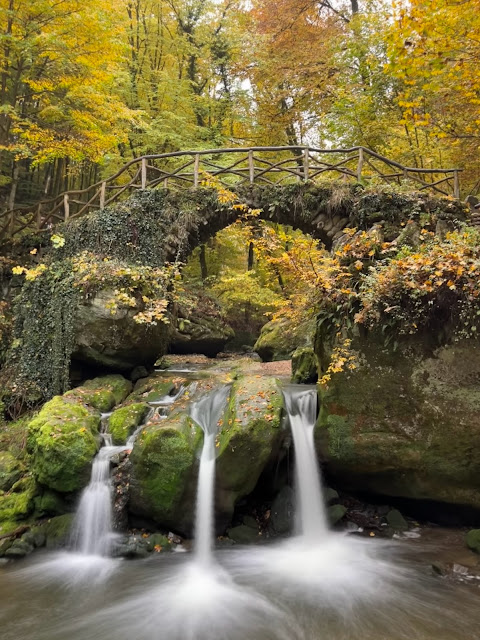 The Mullerthal Trail was probably what I was looking forward to the most during our trip. I heard that this region was known as "Little Switzerland" because of its amazing hiking trails and natural beauty, so hiking on part of this long 100+km trail was a must. We did two parts- the first started in Heringer Millen, and followed the W6 and W7 trail past the Schiessentumpel (the most famous waterfall in Luxembourg). This trail was short and easy but the views were magnificent! 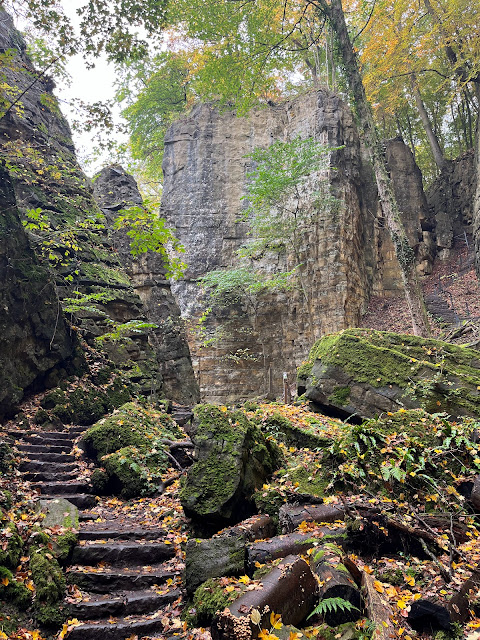 Next we drove over to the town of Echternach and followed trails to make our own little 4 mile loop. This was definitely more hilly and the views were much different than our first hike, but it was gorgeous in its own way (more rock formation that waterfalls and streams). One thing I noticed- we parked in town and walked to the trailhead, but there was so much parking along the trail that we could have just started there and hiked a bit further. 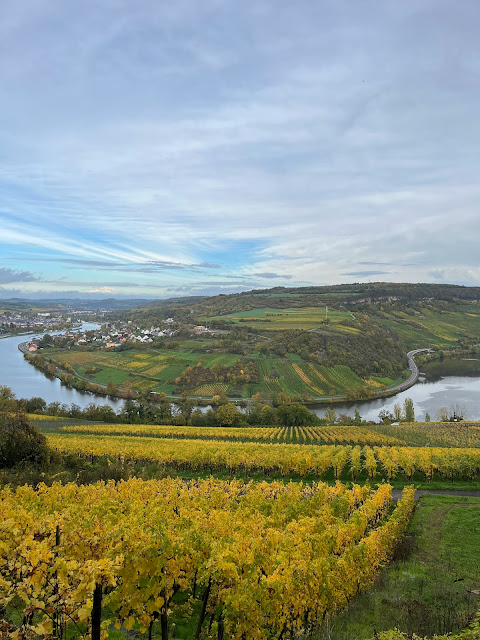 Our final hike was through the vineyards in the wine country. There are a lot of options, and all of the trails were marked very well (In general- we found the trail system in Luxembourg to be incredible. Trails were easy to follow, lots of trail head parking, and tons of people out so it felt very safe)! In between the properties were wooded sections that were gorgeous as well, and there were tons of views of the river along the way. This was definitely more hilly since the vineyards are on super steep hills, but it was worth it for the views (and the wine afterwards!)

We definitely struggled the most with finding food. It was the off season when we were in the country, so a lot of places around our hotel were closed down or had different hours (their websites / Google weren't updated, so a lot of times we would drive up to find places closed!). We also faced a big language barrier because most menus were available in German or Luxembourgish - so the Google Translate app became our best friend! There were a few places that we tried and really liked though- 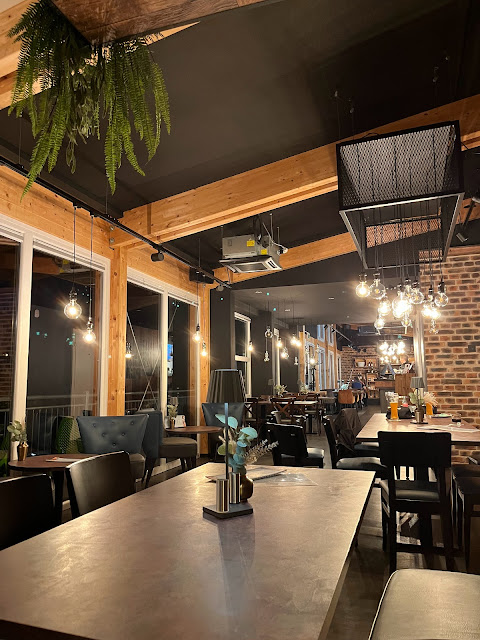 Liblingsplaz is the kind of place I could see being super popular in the spring or summer. It's right on the river and had tons of indoor and outdoor seating. We had the most amazing salmon pizza and I tried my first Hugo (like an Aperol spritz but with elderflower instead!). We ate here the first night in Luxembourg after driving around for a while trying to find an open restaurant, so I think anything at that time would have tasted amazing! 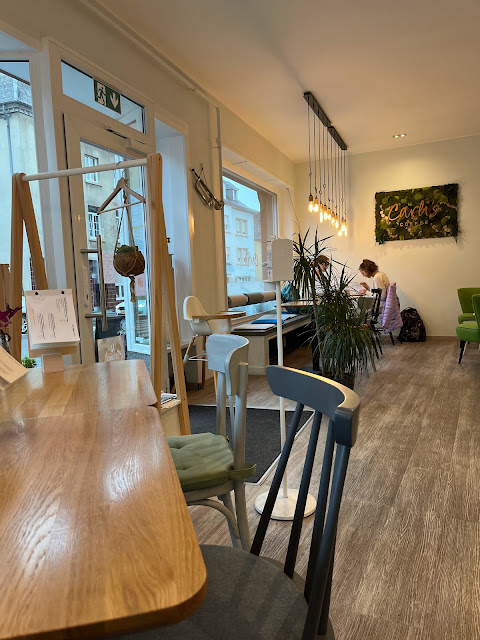 After hiking in Echternach, we found a little coffee shop that had great seasonal food and unique drinks called Carli's Coffee. It's very unassuming from the outside and not in the main area of town, but I definitely recommend it! The workers were so friendly, and Dan and I both enjoyed our food. 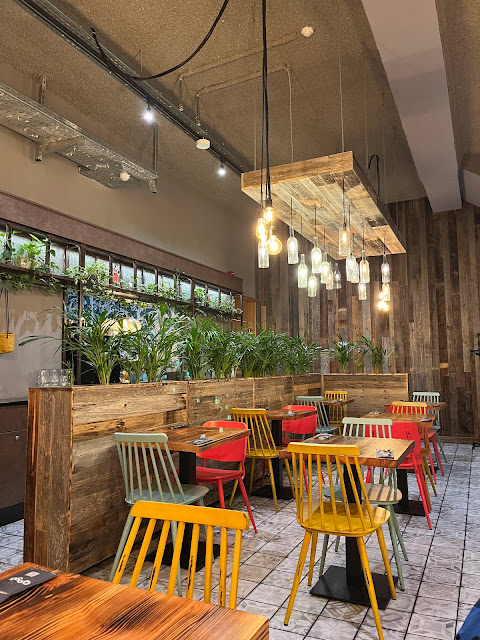 I know one of the cardinal sins of traveling is going to a touristy spot right on a town square, but after we explored Luxembourg City and couldn't decide on a place and were getting hangry, Restaurant QoSQo Ville was calling our names! The food was decent (nothing to go out of your way for) but the location in the Place d'Armes was great and it was comforting seeing food we were more used to (plus they had Spanish menus so I could read them!) Sure, it wasn't super adventurous, but it was what was needed at the time. 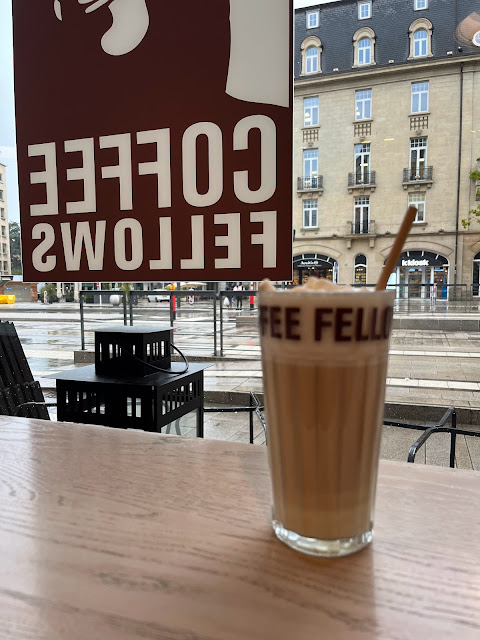 I really like visiting chains in foreign countries that we don't have back home, so after seeing Coffee Fellows everywhere we finally decided to stop in to get out of a morning rain shower. The menu was really fun and interesting, particularly with seasonal drinks! It was also different for me to drink a hot drink out of a glass, but that's how they serve coffee there I guess! This is another place to not go out of your way to visit, but it was delicious and more interesting than a Starbucks. 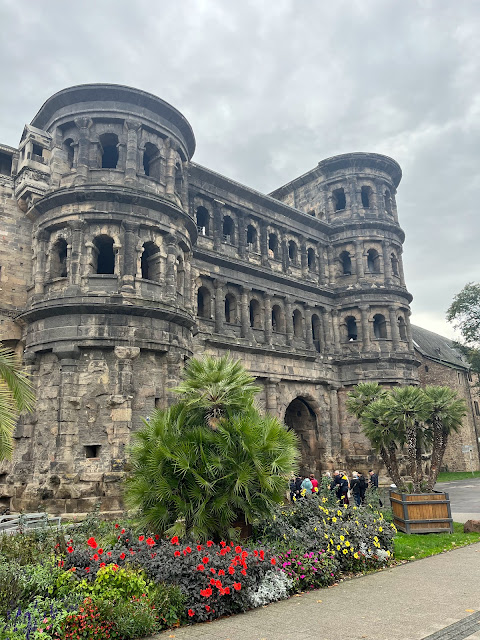 Since we were just over the border from Germany, we had to cross over to check that country off! We decided to see Trier, which is the oldest city in Germany and was one of the four capitals of the Roman empire! I was expecting a place full of ruins, but it was actually a very modern, touristy city that just happened to have some very old buildings. A highlight was definitely the Porta Negra which was built in 170 AD. We also visited a beer garden while we were here (which was honestly kind of sketchy so I'm not even going to share the name or recommend it...but yay for experiences!)
Have you ever been to Luxembourg?
What country or city has exceeded your expectations?
travel