Top Five Friday : All About Dan

March 25, 2016
Happy Friday everyone!  Today is a very special day, because it's Dan's birthday!  I have a different Top Five Favorites planned for today, to honor my all-time favorite.  Instead of talking about myself like usual, I'm going to be sharing a few of Dan's favorite things, some songs that he's loving lately, and his favorite shows.  I hope you enjoy a closer look at what he's into!

As long as I've known him, Dan has been a Wranglers and plain t-shirt (usually with Penn State or another logo on it) kind of guy.  I've been trying to inject some style into his life without much success, because he finds most jeans really uncomfortable, too restricting, or "scratchy".  I finally got him to try on some Levi's when we went up to Tanger Outlets a few weeks ago, and he actually liked these jeans!  These are the 541- Athletic Fit Stretch Jeans, which are relaxed in the waist and hips, but are tapered slightly so they're really flattering and stylish.  He also said that they are the most comfortable jeans he's ever worn!  I'm a huge fan of these too and kind of want to buy him a pair in every wash!

Neil DeGrasse Tyson is one of Dan's favorite people in the world (if you remember, I "invited" Neil to my ideal dinner party for his benefit).  He hosts a daily talk show and podcast called Star Talk, where he talks with different comedians and actors about space.  It's actually a really interesting show and explains some pretty complex topics in an entertaining way.  Dan is way  more into space and astronomy than I am, but we both enjoy listening to this show on Sirius! Dan is a huge hockey fan (and I'm not at all, which might be one of the only things we argue about!), and his favorite teams are the Pittsburgh Penguins and the minor league Hershey Bears.  He also plays ice hockey for a team at work!  This weekend, we're going to celebrate his birthday by watching the Bears play.  We went a few years ago and it was a fun experience even for non hockey fans like myself!  Maybe I can get him to go to Chocolate World with me while we're in town...

This is a really random favorite, but Dan and I saw this commercial the other day while we were watching some show on Hulu, and could not stop cracking up!  If you're looking for something to make you laugh- watch this NOW!

Ludovico Einaudi - We are both huge fans of classical music, and Dan is especially drawn to piano music.  He's an amazing musician and wants to start writing music when we have more space to set up a piano.  Einaudi is one of his big influences for his simple but beautiful music!

Jesse Cook - If you're looking for a great nuevo flamenco / jazz guitarist to listen to- look no further.  How can you not fall in love with this music?!  It's so good!  Jesse Cook is always playing on Dan's favorite Sirius station

Limelight - Rush - Rush is Dan's favorite band, and he's seen them in concert a few times.  It's kind of interesting that this band made music when Dan's dad was around our age, and they're still around today coming out with albums!  That's longevity!

Themata- Karnivool - Definitely a different song that has so many styles of music packed into 5 minutes of music.  Dan love experimental music, and I'm into this as well!

Lost - Riverside - This is another experimental rock band, and this one has a more chill vibe.  Dan found both of these two new bands by looking for some vinyl records to buy for his brother's birthday, and ended up finding new music for himself too!

The Office - Oldie but goodie, this is what Dan always has on in the background when he's working on grad school homework or hanging out.

Friends - The first show that we watched from beginning to end together!  I love how consistently funny this show has been all the way through.  We still watch it and it still makes me laugh out loud!

Quantico - We're both obsessed with this show!  It's really intriguing and keeps you on the edge of your seat.  If you're looking for a new thriller to get into, I highly recommend this show!

11/22/63 - Dan has always had a fascination with JFK and has watched tons of documentaries and read stories about his life and asssassination.  When this show came out (which is based on a book by Steven King and is fictional) he was immediately intrigued.  I haven't watched any of this, but Dan really enjoys it!

How To Get Away With Murder - We started watching episode 1 together, and still tune in every week to catch the newest episode!  After season one, I wasn't sure how they could top the drama and suspense, and wondered how the show would continue.  I feel like season two is even better, and Dan agrees! 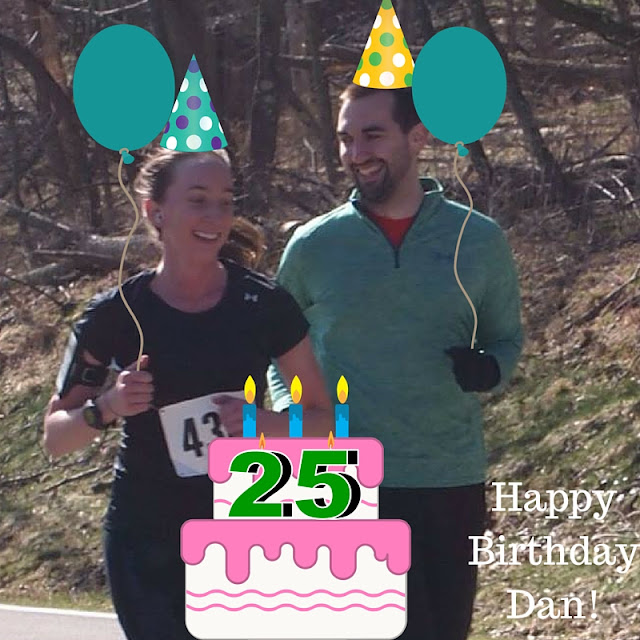 P.S. Congratulations to Amanda for winning the phone case giveaway!  I'll be emailing you shortly :)

When's your birthday??
Any favorites from this week?
What are your plans for the weekend?
post contains affiliate links.  Thank you for your support!
top five friday