October 25, 2017
Hi everyone!  Today I'm excited to share my Buffalo Creek Half Marathon recap with all of you.  If you've been following along, you know that I've been training for this race for the past 10 weeks, and my goal was to average an 8:30 pace (which would be a 1:51:26 half marathon).  My previous PR was 1:54:34, so I just would have been happy with anything under this time.

I was excited to do this race because a lot of my local running friends have their PR's on this course.  It's known for being a fast course, because it's pretty much all downhill (just look at that elevation chart), and is on a crushed limestone trail so you don't have to worry about making turns or hitting the tangents.  Plus, this is a mid-October race in Pennsylvania on a shaded trail, so the weather is usually perfect for running.

I drove up to the race with Jessie, and parking was really easy.  The race starts at a church in Cabot, and there were lots of volunteers out directing traffic.  We were there about an hour before the race started, and both had something to eat, met up with some friends who were also doing the race, and came up with a race plan.  Before we knew it, the race started (right on time!  Yay race organizers!) and we were off! 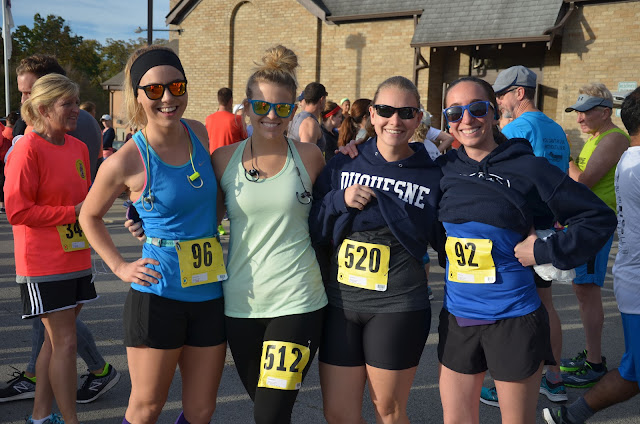 I mentally broke up the race into 3 chunks to make the race a little easier mentally.  The park where I do most of my long runs and speed workouts is 5 miles, so I told myself that I was just doing two laps of the park, followed by a 5k.

The first 5 miles felt great.  We started out on the road for the first two-ish miles before we got onto the Buffalo Freeport Trail.  I started out with Jessie, and also got another running friend, Crystal to join us.  She was just out for a training run and we convinced her to stick with us (since she's a lot faster than us, she could help motivate us when we were tired).  Our watches were having some issues (one watch would say 7:40 pace while another would say 8:35), but we were pretty much always trying to slow down.  It was a beautiful day out so we just wanted to go! 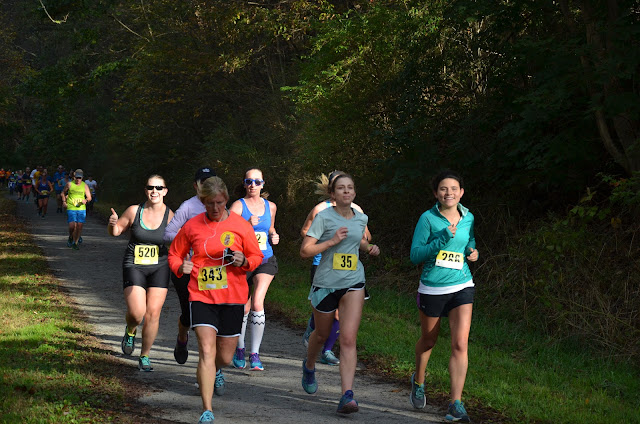 The second 5 miles were a bit more of a struggle.  I started to get some side cramps pretty much as soon as we got on the trail, and they were really starting to bother me by this point.  I wasn't sure if it was nerves, if I ate too much, or not enough.  I could hear my stomach gurgling around, but told myself just to stick with Jessie and Crystal as long as possible. We were still hitting our paces, and were even a little fast which gave me some hope!  The miles were still seeming to fly by, and my legs felt surprisingly great. 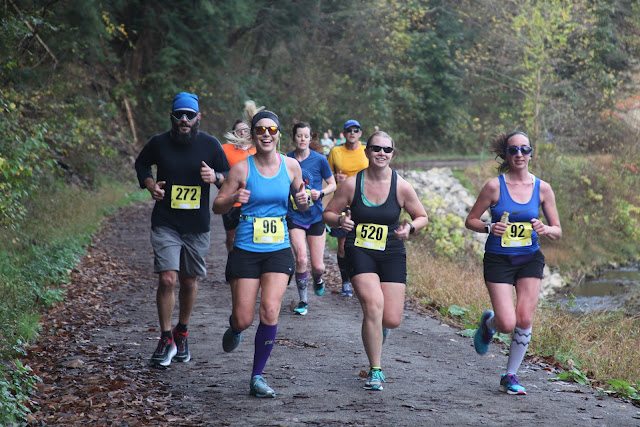 Luckily, we had some friends waiting just past the 8 mile mark, so I told myself to stay with Jessie and Crystal at least until that point.  Ciara and Katie got some great pics of us (almost looks like we're having fun!) and I remembered a motivational text that Ciara sent me right before race kicked off- "Remember, dig deep, leave it all out on that trail and remember your "why" when you start to get tired".  I made myself remember all those early morning runs with Jessie and all of the hours that I dedicated to training.  I couldn't give up now just because I had a little stomach pain!  I turned on my music for the first time in the race and really tried to dig deep. 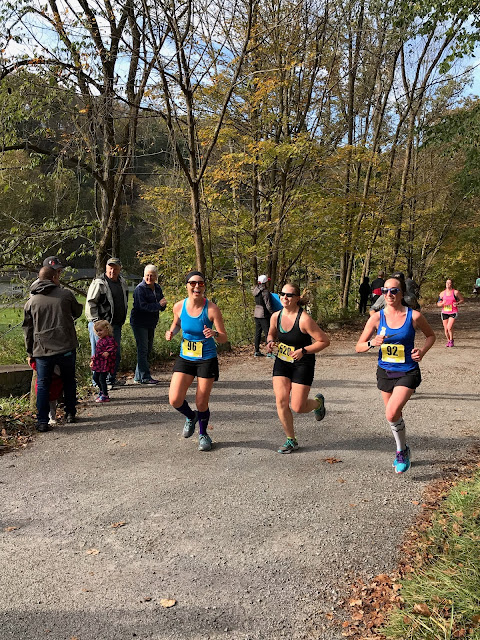 Mile 10 was when I really started to feel the pain.  It felt like every step that I took, someone was stabbing me in the stomach and sides.  I didn't want to stop, so I forced myself to keep going and breathe deeply.  I told Jessie to go ahead, but made sure that I kept her in my sights.  No way was I going to let her miss her goal because of me! 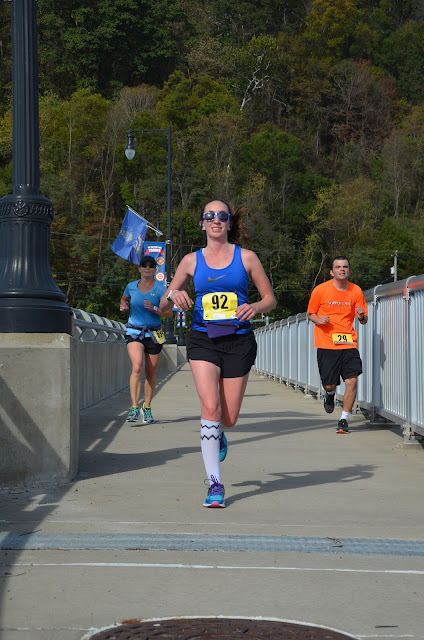 There's pretty much only one hill in the race, and that happens in the last mile of the race.  We have to run from the trail up to a bridge that takes us to the finish line.  My legs were pretty trashed from running 12 miles of constant downhill, so I was actually happy to see the hill!  I saw Jessie and Crystal make their turn onto the bridge and shouted encouragement to them.  I usually love hills, so I told myself I could try to catch up to them and we could still finish together.

Unfortunately, my stomach had other plans, and by the time I made it about halfway up the bridge, I started to dry heave.  I kept going since the finish line was so close, but two steps later I had to stop for about a minute to actually throw up (sorry for TMI!).  Somehow I felt really good after that, and the finish line was all downhill from the bridge so I just gave it everything that I had left and hoped I hadn't slowed down too much.  The entire race, I had my watch set on the current lap, so I had no idea what my overall time was.  I knew that my last few splits were above my goal, but I knew I saved up a bit of time in the first 10 miles, and just pushed as much as I could.  I crossed the finish line and looked down at my watch to see 1:51:xx and knew I did it!! 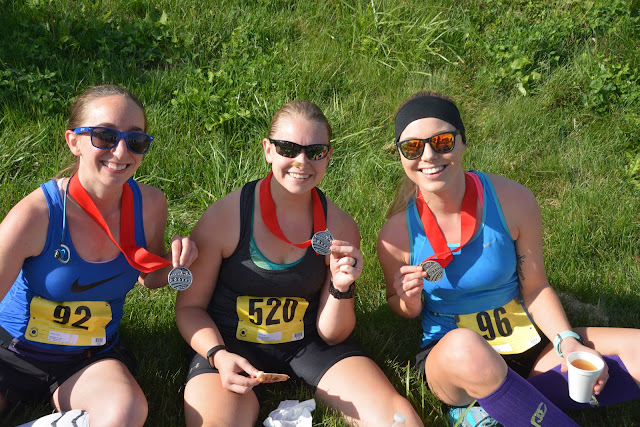 Overall, I loved this race.  There were so many familiar faces that I saw running, and that just motivated me to do my best.  I was happy for myself for getting a PR (and my average pace was 8:31, which I'll take!!), but even more proud of myself for putting so much into training this cycle.  I changed up a lot about how I trained (you can read more about that here), and it's just making me more excited about races in the future.  I already have a few ideas of what I want to do next!

What is your favorite race?
Do you like to run with others or alone?
buffalo creek races