November 13, 2019
Next stop on the Japan tour is Kyoto!  This was probably my favorite city that we visited (although I said that about every city while we were there).  It was such a beautiful place filled with a ton of history, and every corner that you turned was even more amazing than the last. 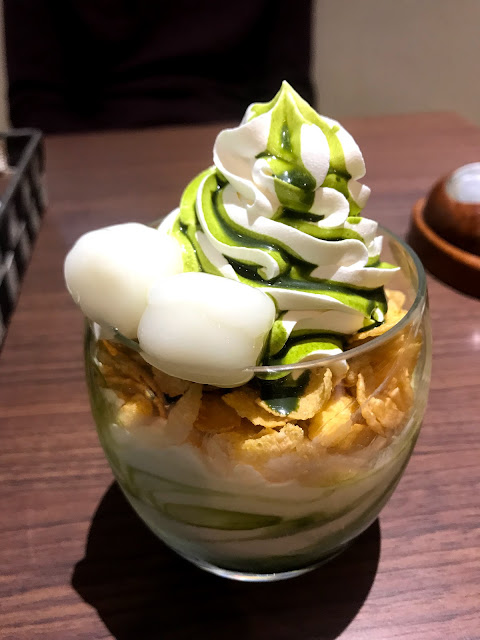 Since it was such a great portion of the trip, I have to break it into two posts.  First up I'll be talking about the food and drinks that we had, and then I'll talk about the experiences! 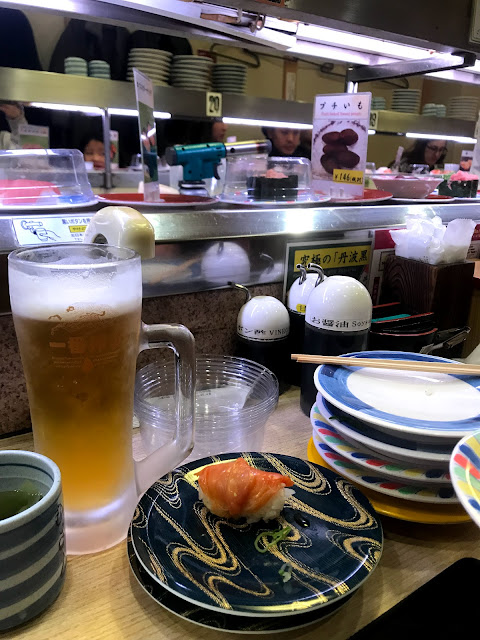 Even though this is probably a super touristy thing to do (and most people in the restaurant were definitely tourists), one thing I wanted to experience in Japan was conveyor belt sushi!  If you've never heard of it or tried it yourself, it's basically a conveyor belt that wraps around a restaurant with seats and a counter.  As the sushi goes around (either on a train or boat), you just grab what ever kind you want and are charged by the plate.  There are different levels of prices, which are determined by the plate color.  If you want any extras (drinks, specialty items), the waiters will take your order and give you a corresponding plate! Then to check out, just hand over your stack of plates.  It was a really fun experience, and we also got to make our own green tea (which is provided for free- you can see the hot water spigot just above my beer).  While we were out exploring, we happened upon a place that ended up being great called Musashi Sushi. 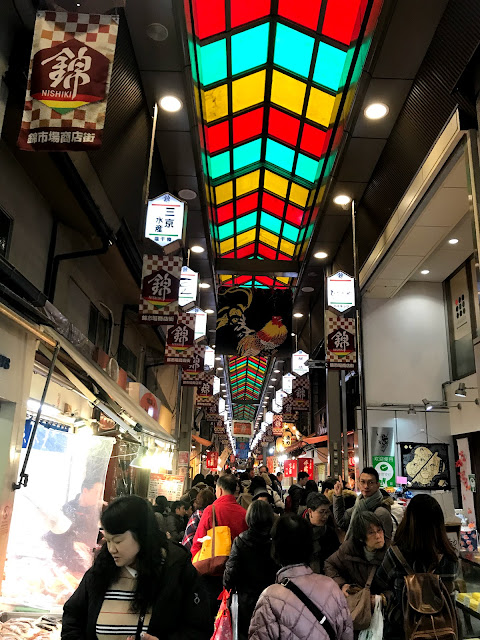 No matter where I travel, I always try to stop by markets and experience a little local flavor.  Not only can you find cheap and delicious food, but it's also fun to just check out stalls and learn more about local delicacies.  We stopped by Nishiki Market in the heart of downtown a few times just to pick up snacks- some of my favorites were Takoyaki (fried octopus balls covered with a spicy and sweet sauce)- 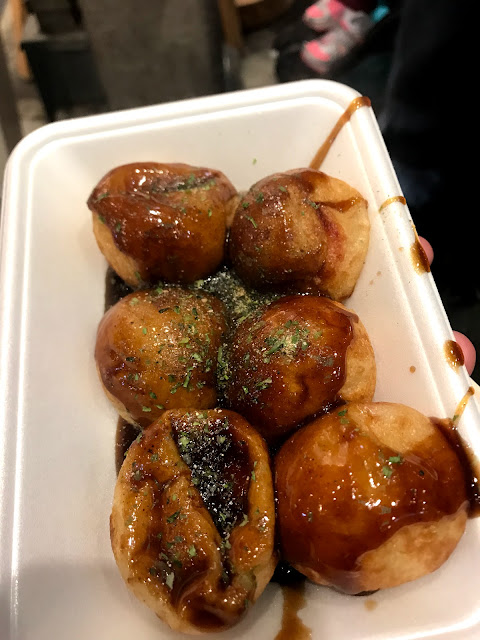 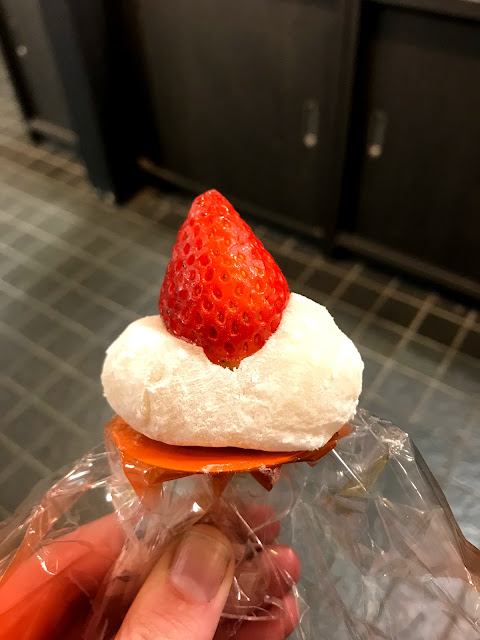 and Dango (sweet dumplings, which you might recognize as an emoji)- 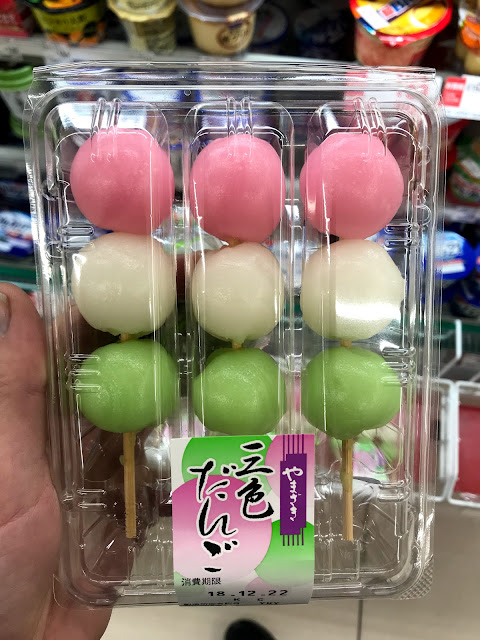 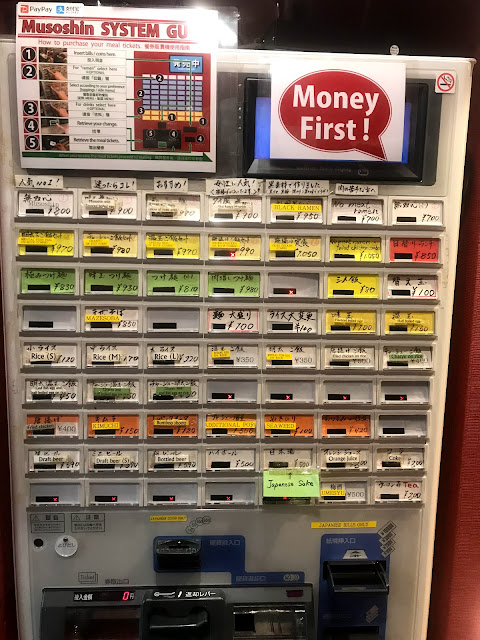 If you're a ramen lover, then Japan is definitely the place for you!  This was my second time having ramen on the trip, and it was really fun to order it via vending machine!  Even though it looks intimidating, they make it super easy.  Just hit buttons for whatever type of ramen you want (I kept it pretty basic with the house ramen and added an egg).  You also order all drinks from here and pay your bill!  Then, just hand the tickets that come out to the chef who cooks up the food right in front of you.  Simple, easy, and DELICIOUS.  We went to Musoshin and it was fantastic! 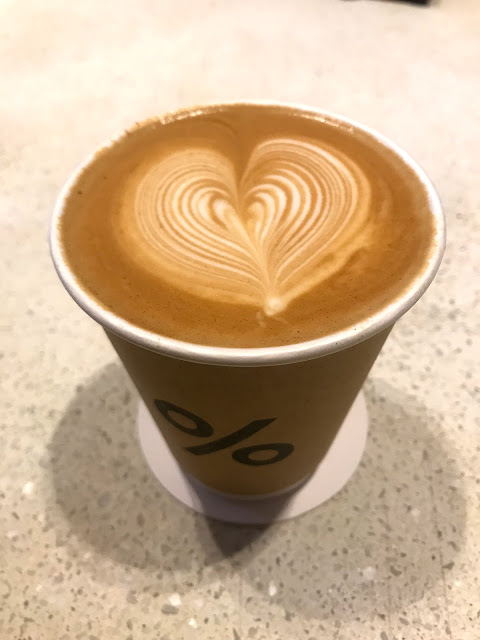 There were so many amazing coffee options, so every day I tried out a new place!  First I visited the %Arabica Higashiyama location, which was tiny and busy but had the most AMAZING views.  People watching was also great there, since a lot of people dress up as geisha and pose by the shines and temples.  Next, I tried out Ichikawaya Coffee, which also had amazing food and the best service.  Finally, I had Karafuneya Coffee, which also offered the cutest and most delicious desserts, seen at the top of the post. 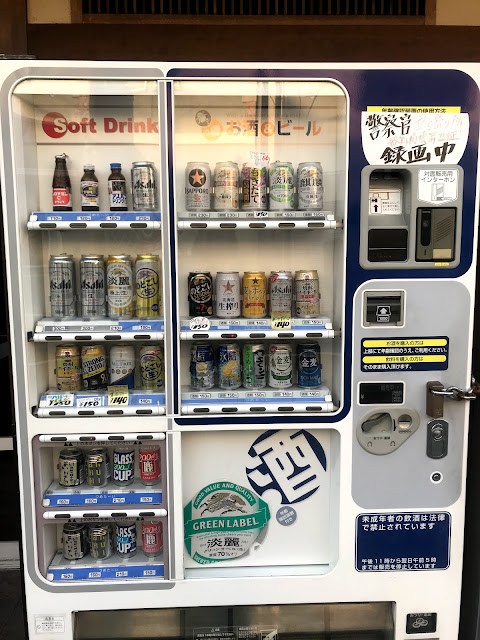 I've already talked in length about the vending machines in Japan, but this was our first opportunity to see BEER in the machines!  I've heard about these, so it was fun to see it in person.  We got a few to take back to our hotel (including what I thought was a cool looking beer but turned out to be sake...BIG mistake).


What do you usually eat when you're traveling?