April 25, 2017
Well, that didn't go as planned!  This weekend was my big race, my first marathon in nearly 4 years.  I was excited and felt ready.  Then the race started and everything went downhill (except for the course, which went up and down and up and down....).  Here's a look at how my final week of taper went, as well as the race itself: 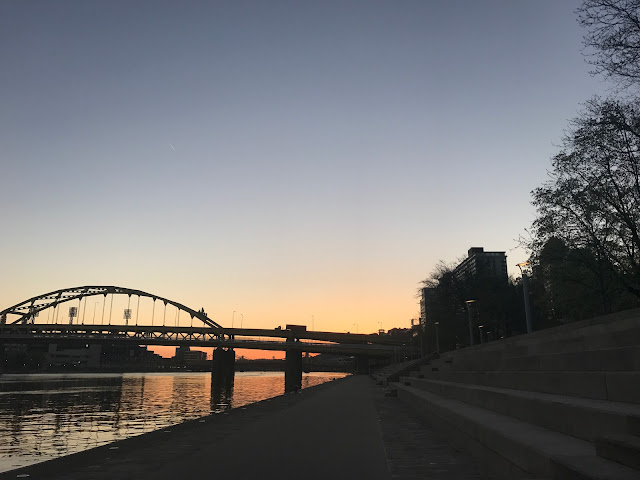 I felt great, which made it hard to keep the pace slow!  I ran in the morning before work and kept my pace slow enough that I didn't lose my breath or break a sweat.

Yoga
Nice and easy flow just to keep everything loose. 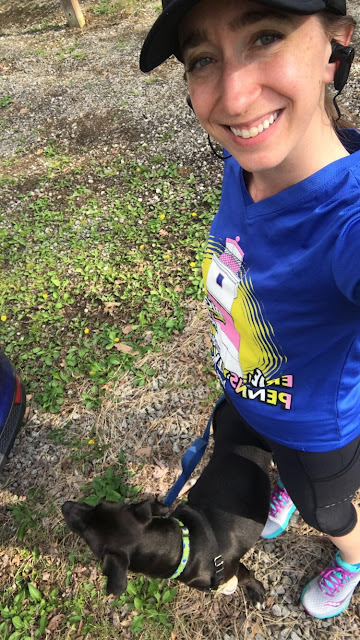 The plan was to run 4 miles, with the middle two at marathon pace.  My "warmup" pace kept creeping up into that race pace territory, so I had to force myself to keep it slower.  I felt amazing and did this run with absolutely no issues, which made me super excited for the race!

Yoga and short jog
I like to keep things loosened up for race day, so I just stretched out and did some jogging. 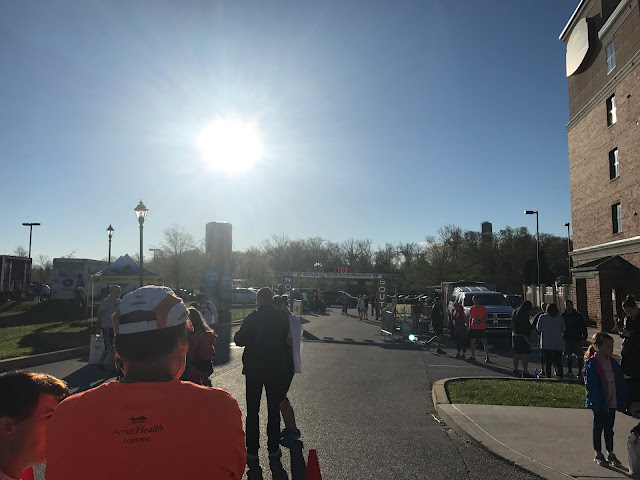 Once we were out on the roads, my race started to get away from me.  The roads were all open, which meant we had to stay on one side facing oncoming traffic.  The road was pretty sloped to the left, and I quickly started to feel pain in my shoulder (the one that was injured a month ago).  There were also no trees or anything to block the sun or wind, and I was definitely starting to hurt.  I tried to keep my pace up and told myself that Sokphal and her boyfriend James would be at mile 10, and I just had to get there. (Miles 6-10 9:24, 9:09, 9:09, 9:07, 9:26) 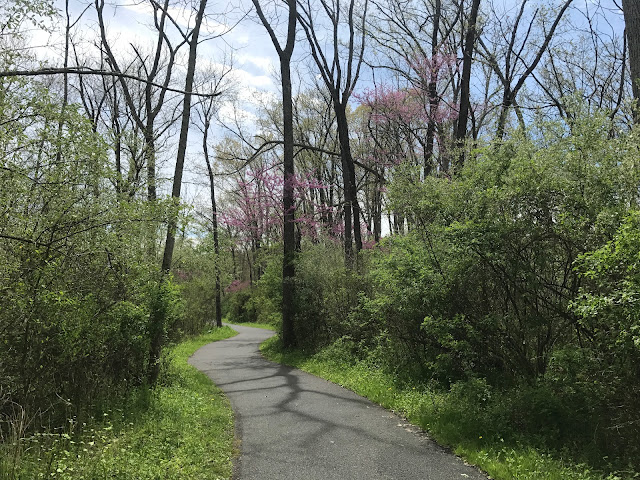 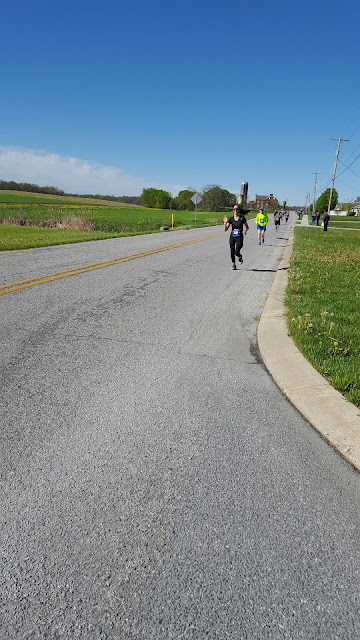 I'm used to always pushing through and finishing runs and races no matter what, but I knew the smart decision was to stop the race.  The course was a lot harder than I expected, and the fact that I was running alone made the physical pain seem even worse, since I couldn't rely on distractions.  I made the decision to stop pretty easily (mostly thanks to Dan, Sokphal and James being the most amazing support and were willing to drive around Gettysburg to pick me up whenever I needed it.) 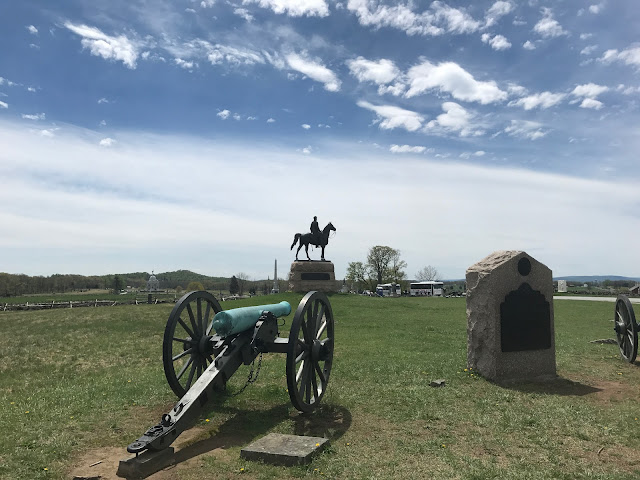 So, I'm officially a DNF runner.  This was my first time pulling out of a race, and while I'm not proud of it I keep telling myself it was the smart decision.  I could have kept going and I know I would have gotten a PR, but I wouldn't have met my goal of breaking 4 hours and could have damaged my shoulder to the point of needing surgeries or more physical therapy...and for what? 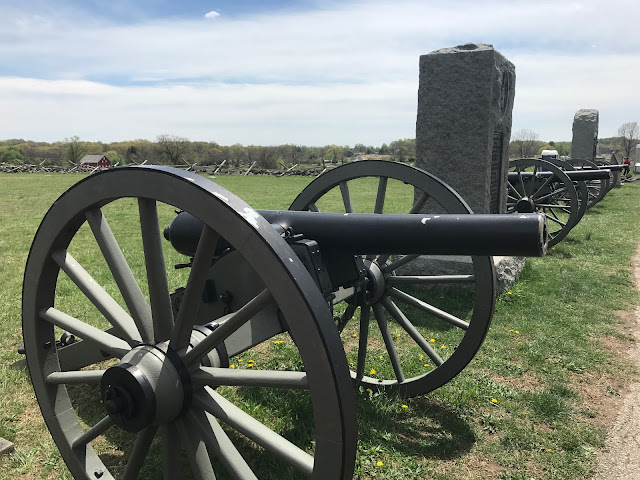 After my race ended, we all went to lunch at Appalachian Brewing Company for some much-needed beer and food.  Then, we went on a walking tour of some more battlefields and enjoyed the beautiful day.  I ended up walking and running close to 26 miles for the day and had a fantastic time!  Even if I didn't get a medal for finishing, I felt like a winner for the day, mostly because of all the love and support I got from everyone before and after the race, through texts, calls, comments, and Instagram.  It was an easy decision for me to stop running, but I felt like I was letting everyone down since I talked up this race so much and so many people knew I was running it.


So, there you have it!  I'm taking some time off and I think I'm going to start focusing on shorter distances for a while.  I'm not ready to try another full marathon yet, but I want to get some more PR's...maybe in the 5k or half marathon this summer!


Have you ever quit a race?
Who else raced this weekend?  How did it go?
What's your favorite/least favorite distance to race?  I think my favorite is the half marathon!
gettysburg personal