5 miles / 9:30 pace
Yay for bank holidays!  Since I had the day off, I decided to run on Monday, even though I usually take that as my rest day.  I went early in the morning since it was supposed to be raining later in the day, and got a few drizzles.  Took it nice and easy and enjoyed slightly warmer weather.


1500 yards swimming
I'm trying to make a schedule for swimming, so I tested out how crowded the pool is on Mondays.  It ended up being really empty, so I'm going to start going weekly!  Now I just need to find two more days to go :) 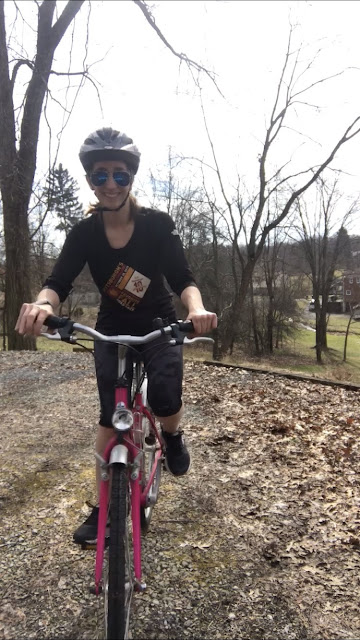 It was a BEAUTIFUL day out, and luckily I got to work from home (plumbing issues, yay!).  I went out at lunch time and dusted off my bike.  Can I officially say I'm in triathlon training now?


Barre/Yoga
I tried out a new studio with Class Pass (for Frugal February I changed my membership to only one class for the month, so this was my only one!), and really liked it!  This class was half barre and half yoga.  The barre portion was SO hard (probably one of the hardest classes that I've ever taken).  I was shaking and in pain the entire time!  Yoga was nice and gentle, with a few challenges thrown in.  If you're in the Pittsburgh area and looking for a new studio to try I would highly recommend The Fitness Barre! 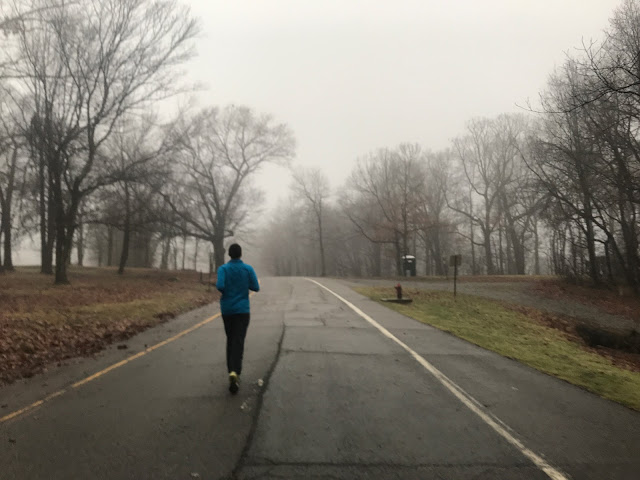 I got Dan to join me for a short and easy run.  It was great and not much to say about it!

17.3 miles / 9:34 pace
This run was all about running with friends, and it helped my long run feel a lot more manageable an fun.  First I met up with Jess for five miles around North Park, then ran 3 by myself.  There was a race going on at the park, so I ran the next 9 miles with Maddie.  I felt really great the entire time and was pleased with my overall pace.  Maddie also killed it in the race and ended up taking nearly a minute off her mile pace (and did an extra 5 miles this year!).