February 12, 2019
The first day trip that we took in Japan was to a town north of Tokyo called Nikko.  I did some research about nearby cities, and was really interested in this one because of the natural beauty surrounding incredible UNESCO heritage sites.  There's even a saying in Japanese- "Never say 'kekkō' until you've seen Nikkō"—kekkō meaning beautiful, magnificent or "I am satisfied"-which just proves the beauty of Nikko. 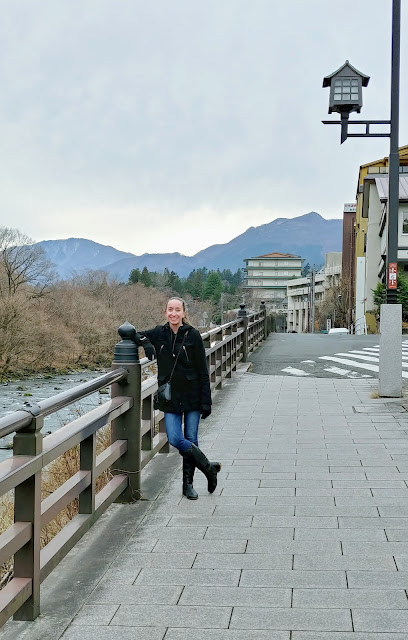 Here's a look at my favorite things that I saw and ate during our day trip to Nikko!

The trip from Tokyo to Nikko was pretty simple, and we were able to take all trains run by Japan Railways, which is covered under our JR Pass.  Here is the route that we took-

JR Shinkansen from Tokyo Station to Utsunomiya Station (this is a bullet train, which means we got there very quickly! We got reserved seats, but there are also unreserved cars if you don't have a Rail Pass and want to save money).

Nikko Line from Utsunomiya Station to Nikko (very cute, old fashioned train, but doesn't run very often.  Make sure you check the time tables so you can plan out your time wisely). 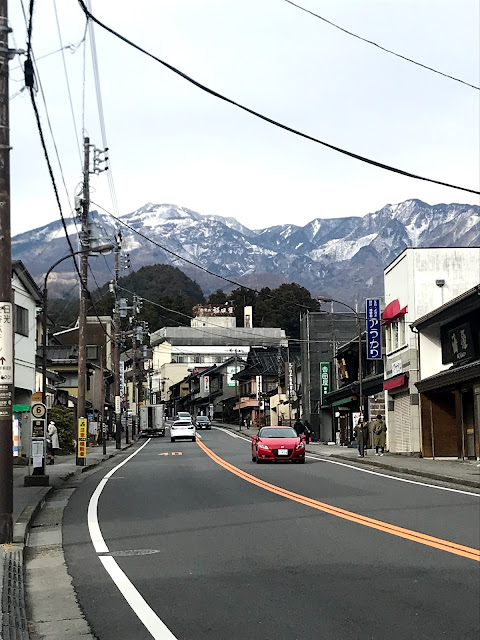 There are buses available from Nikko Station around town, but the walk is really lovely!  It's all uphill to get to the shrine areas, but the view of the mountains is absolutely breathtaking, and there are lots of shops and restaurants to stop in to break up the walk. 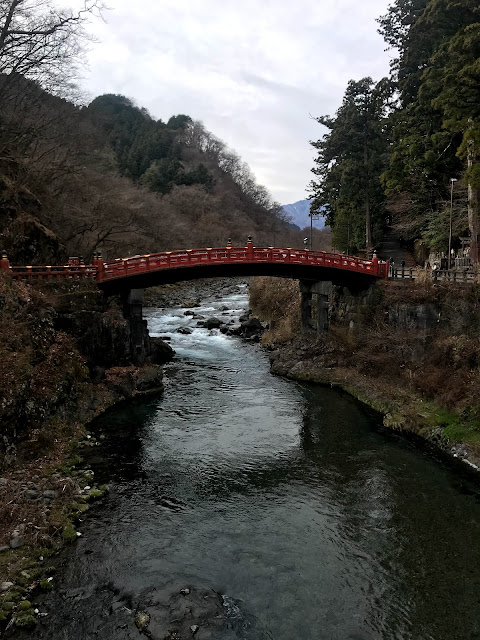 This bright vermilion bridge, which in English means Sacred Bridge, signifies the entrance to the shrines of Nikko and is one of the first World Heritage Sites you'll see in town.  This iteration was built in 1636, and is considered one of the three finest bridges (and the oldest) in Japan.  You're able to cross for 500 yen, but you can also view it crossing over the rapids below for free! 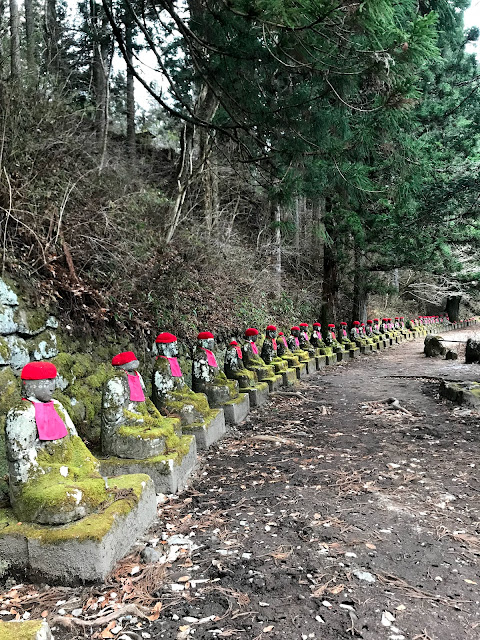 If you continue along the water, you are able to take a terrific stroll past Kanman Park, a Buddhist temple, and a row of 70 stone statues.  The statues represent Jizo, a Bodhisattva who cares for the deceased and sick children, which is why he's commonly covered in children's clothing and surrounded by toys. 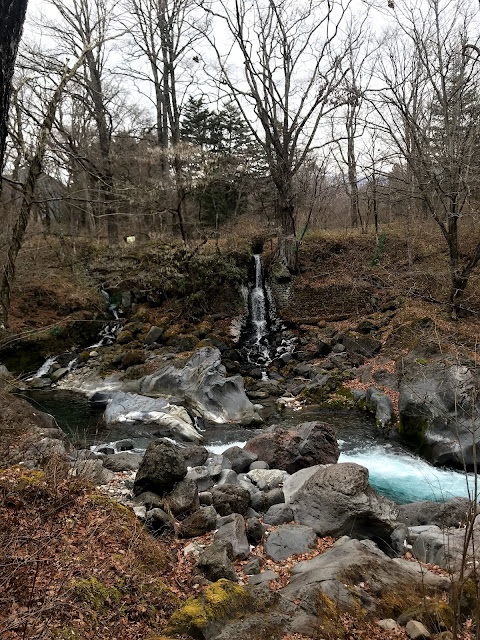 The main attraction on the walk is the abyss, which was formed by an eruption of a nearby volcano.  I can only imagine how beautiful the area must be in the fall, but even in winter it was terrific! 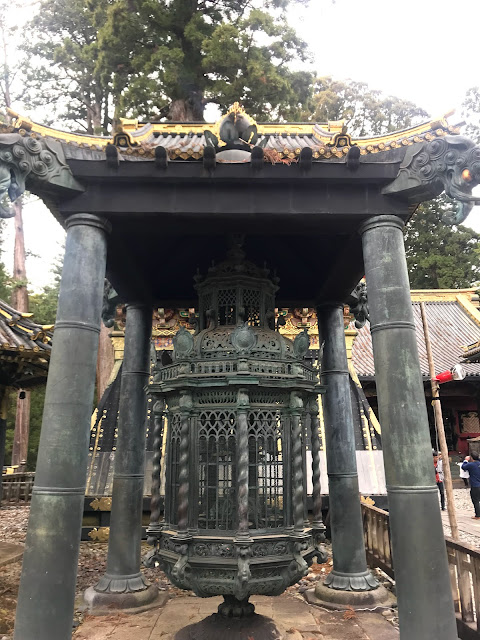 The main attraction in Nikko is the incredible Toshogu Shrine, which is supposed to be one of the most elaborate and grand shrines in the world.  It definitely lived up to the hype! 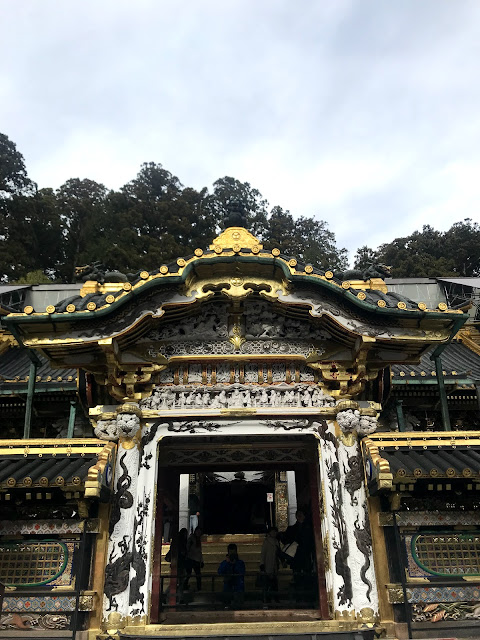 The shrine is the final resting place of Tokugawa Ieyasu, who founded the Tokugawa Sogunate that ruled Japan for 250 years.  While the shrine started as a simple mausoleum, it was updated and enlarged into the current complex in the 1600s by Ieyasu's grandson. 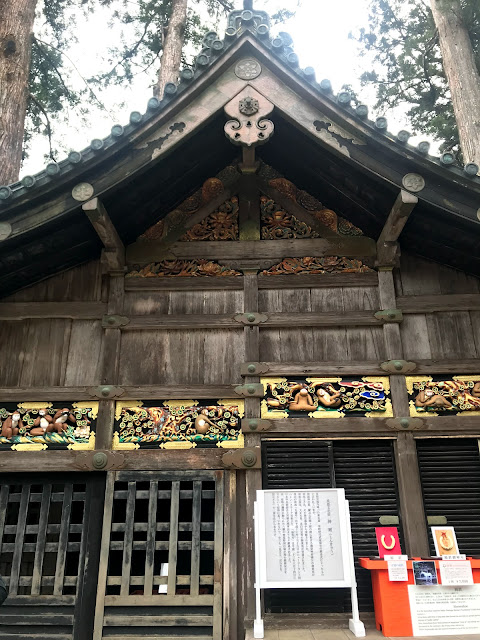 There are so many small, incredible details all over the sprawling structures.  One of my favorites is right when you enter, where you can see the Three Wise Monkeys and an illustration of "see no evil, speak no evil and hear no evil". 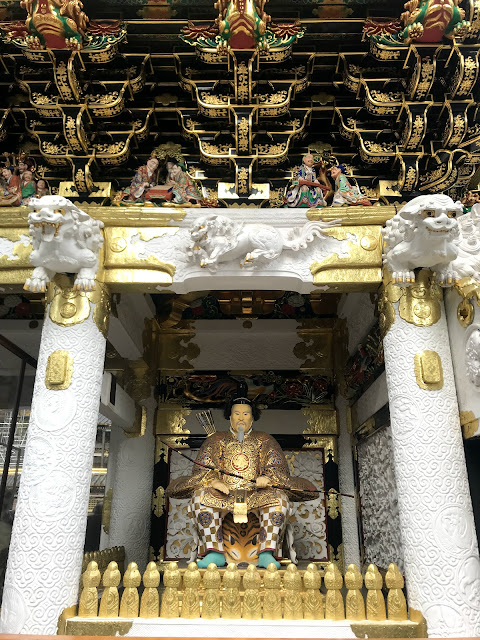 Just look at that incredible detail!  This is how the entire complex looked and we could have spent hours just studying one building.  Well worth the 1300 yen entry fee! 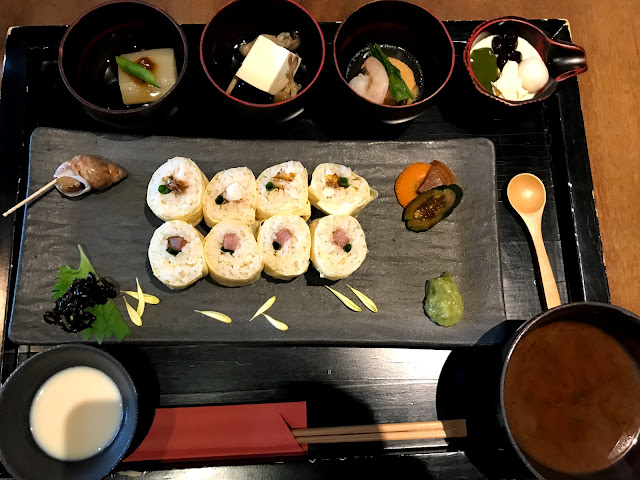 One of my favorite things about Japan and traveling to different cities is that most places have a regional specialty that they are known for.  In Nikko, this was yuba, which is basically the skin formed when making tofu, and can be prepared fresh, dried, or half dried.  We picked a place that specialized in different preparations, and got the set meal to try them all out!  Everything was so delicious, and I especially liked the miso soup, which had a more robust and intense flavor than what I'm used to. 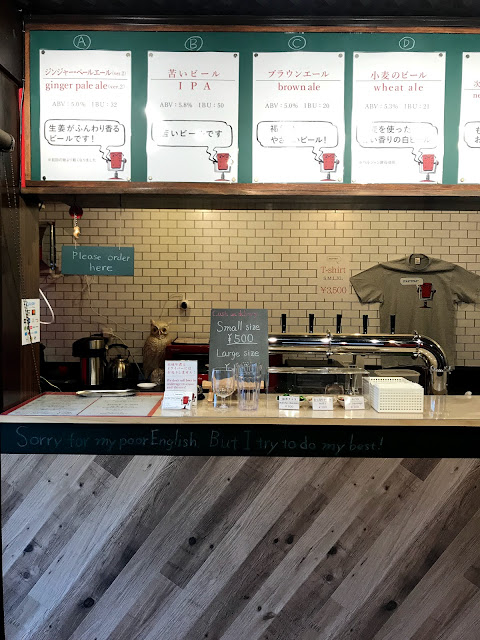 We stumbled upon this little brewery and stopped in to try all the different flavors.  The owner was a really sweet guy who brews the beer in the back room of the shop, and also sells some beer that his friend in Utsunomiya makes!  While the beer wasn't incredible, it was a nice stop to make, and he was playing Napoleon Dynamite dubbed in Japanese, which made the experience even better.


Have you ever visited an UNESCO World Heritage Site?
What kind of cities do you like to visit?
Japan Nikko travel