Week in Workouts : It's Over

February 18, 2019
Preseason is officially over, and my next training cycle starts TODAY!! I had another solid week of workouts, trying out a few new things, and taking a bit of rest when I got hit with a mini cold in the middle of the week.  I'm feeling back to 100% and ready to get running!  Here's how my week went-

Core Workout
I decided to start doing some home workouts during the week when I'm not going to a class or doing a run.  This workout was SO HARD and from the beginning my abs were on fire. 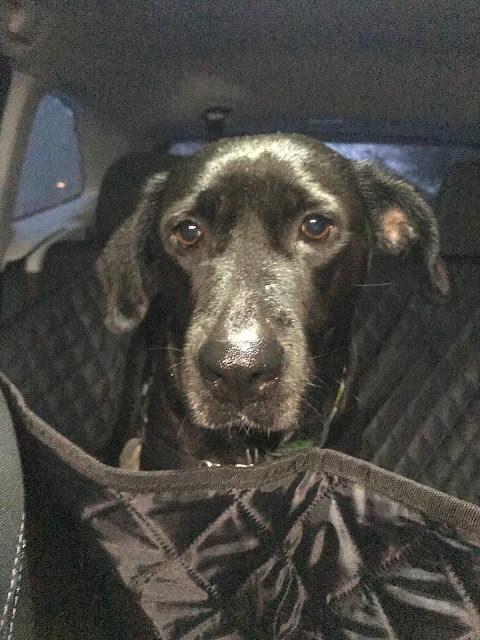 I took Selma for a walk around the park on a chilly, rainy day.  It wasn't ideal, but we had fun and it was still great to get fresh air! 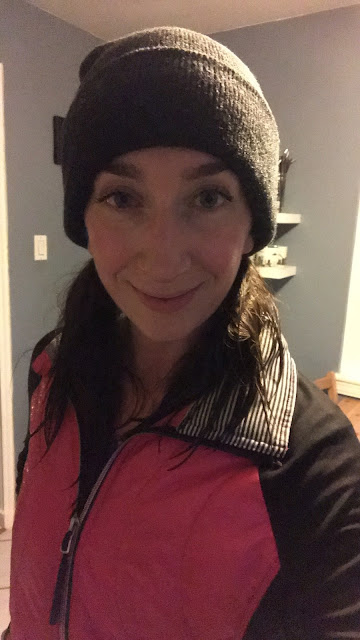 It was another cold and rainy day (one of those days where the temperature is right on the brink of turning the precipitation from rain to snow), so I wasn't really looking forward to the run.  I decided to just go out for an easy one or two miler, but of course once I was out there I ended up doing more.

Core Workout
After my run I did another core workout- this one was much easier but was tough with my sore muscles from Monday's workout! 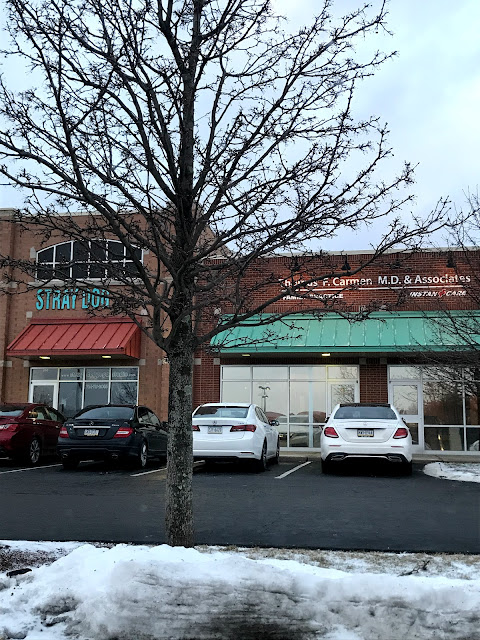 I tried out a different yoga studio with my ClassPass- Stray Dog Yoga in Wexford.  The class was heated to 100 degrees and was vinyasa style, with lots of flows and balance moves.  I absolutely loved it, and the 75 minutes flew by!  My only complaint is that the studio was pretty small but absolutely packed, so I kept bumping into people or had to coordinate my moves with my neighbors.

Rest Day!
I was feeling a little stuffy on Wednesday, and woke up with a ton of congestion and couldn't stop sneezing and coughing :(  I also felt like I had 0 energy, so I ended up working from home, skipping my first watercolor painting class, and spending Valentines Day resting.

2 mile walk
I actually had a happy hour after work and stayed for a bit without drinking since I was still feeling a bit under the weather, but afterwards I met up with Dan and Selma for a walk in the woods.  It was just what I needed!

5 miles
This run was just about getting it done.  I wasn't meeting up with friends since I had plans, so I just put on a good podcast and put in the miles.  Not the best, but I got it done! 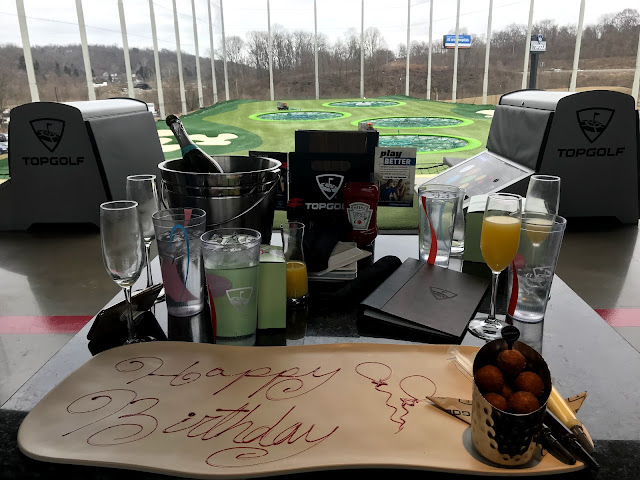 For my sister's birthday, we ended up going to Top Golf for a few hours of golfing fun!  I've never gone to a driving range or done any kind of golfing besides putt-putt, so this was a completely new experience for me.  It was so much fun though, and actually kind of made random muscles that I apparently never use a little bit sore!

1 mile walk
This day was kind of a fail in terms of working out.  I was planning on running, but slept in since we stayed out late with friends the night before, then we had to run some errands, and by the time I was getting in the car to go, it started hailing like crazy!  So, I just took Selma for a quick walk.

Jillian Michaels 30 Day Shred (Level 1)
I felt like doing a workout at home, so I pulled out some of my old DVDs.  Apparently I went through a Biggest Loser and Jillian Michaels phase, because I have a ton of her stuff!  I decided to do the 30 Day Shred, which is 3 rounds of- 3 minutes strength, 2 minutes cardio, 1 minute abs.  It was a fun workout that went by quickly!

What are you training for?
Have you ever played golf?