We are moving right along with this season of Great British Bake Off! It's almost the midway point of the season (which is insane) and this week the difficulty definitely got taken up a few notches. After all- it's dessert week! 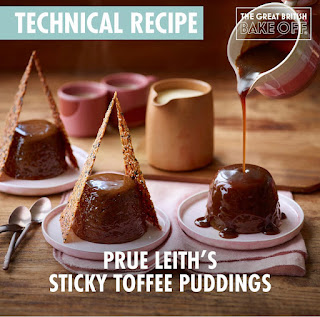 The first challenge for the bakers was a pavlova, which is a dessert that always looks incredible and beautiful, but has never really intrigued me enough to try one or bake one myself. Let's hope that won't be a technical challenge sometime in the future- it seems so finicky and difficult to absolutely nail! On the other hand, the showstopper seemed a lot more fun and had room for creativity- Joconde Imprime Dessert, which basically seemed like layered cake with lots of fun flavors and textures, surrounded by a beautifully decorated collar. Might have to try that out for myself sometime.

What I made this week, as usual is the technical challenge- Prue's Sticky Toffee Pudding. I've heard of this dessert before but have actually never made one or even eaten one! The pictures of the finished product looked intimidating, and so did all of the different components, so I was excited and nervous to get going! 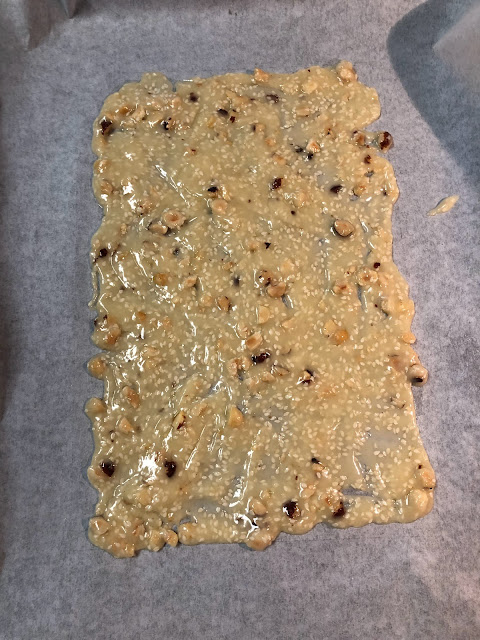 First up was making the tuile that decorates the finished pudding. It's basically a thin cracker-like cookie. This was pretty easy to make, but I ended up over baking it. It was supposed to spread out and have a nice dark color, but I left it a bit too long in the oven and it definitely tasted burnt. Honestly though- this didn't add anything to the dessert and seemed like an add-on to give the bakers another challenge. 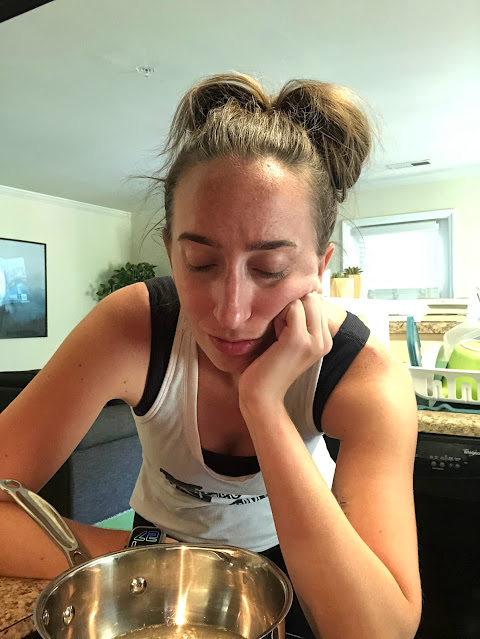 Once I finished the tuile and let it cool, I worked on the caramel. As a backstory- there were a few challenges last year that required a caramel, and every single time I messed it up. It would crystallize each time without fail, but I was determined to make it this week! I failed my first two times (morale was low in the picture above) until I looked up methods to make it properly and learned that it works better to add the water in first, so that the sugar can dissolved better (instead of adding sugar first and then water). I also added just a tablespoon of corn syrup, which is supposed to change the chemical structure of the regular sugar and prevent it from forming crystals. This all worked and I successfully made a caramel sauce!! 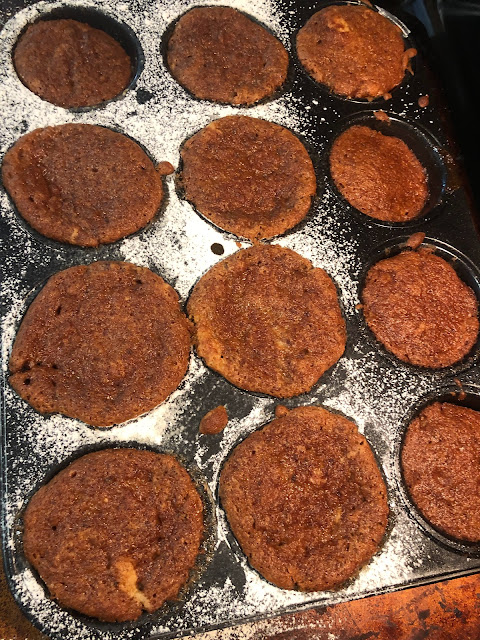 I was excited to move on from that step into something I was more comfortable with- the actual cake. The first step was to puree dates into a paste, then fold it into a typical batter. I haven't used dates in a bake before but it actually gave it a delicious, rich texture. It was a great addition! 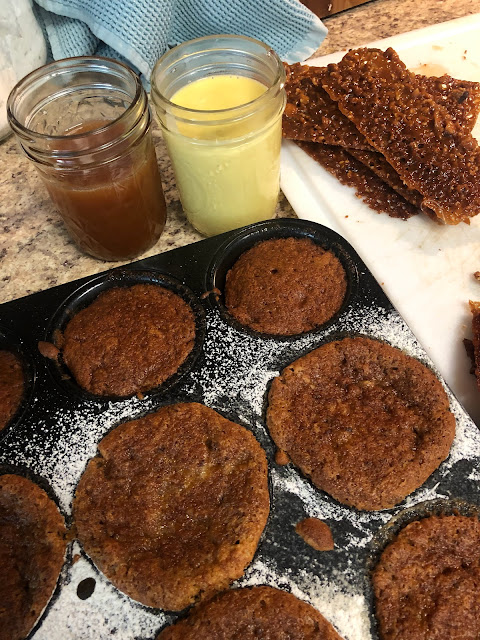 Unfortunately I don't have pudding tins, so I substituted my cupcake pan. So, instead of making four large puddings I made 12 mini ones that didn't have the impressive height and look of the real thing. I might have to invest in some to try these out again! To start the baking, I greased and floured the pan, added some caramel, then divided up the batter evenly. While this baked, I made the custard that gets served with the finished dessert. This was a pretty easy process of just cooking egg yolks, sugar, and cream together without turning it into scrambled eggs. 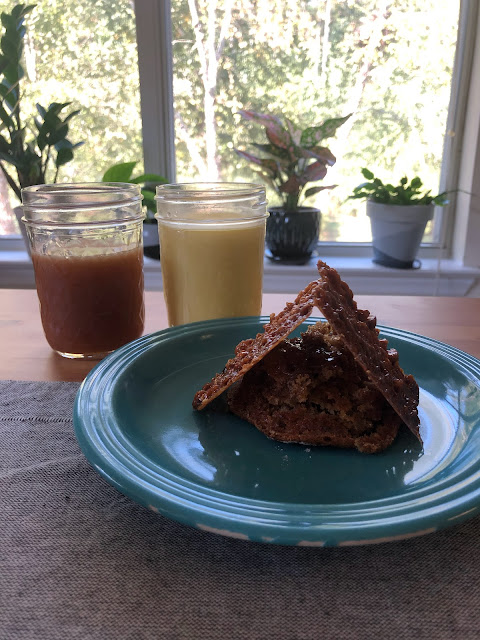 I plated up my dessert and was pretty happy with the outcome! Sure- the finish wasn't as pretty as it should have been but I'll just blame my pan for that one!