It's time for another Great British Bake Off challenge and we are officially halfway now. I've finally gotten Dan to watch the show with me and he is just as invested as I am in the bakers- we are both fully on Team Giuseppe and Lizzie- who are you rooting for? 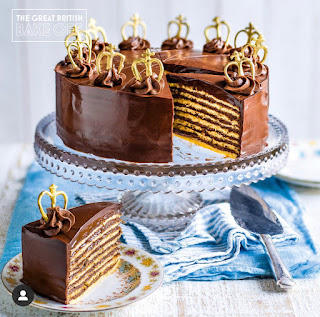 This week was German Week which was really exciting for me! Last year I loved Japanese Week, so I knew we would have another fun challenge and it definitely delivered. For the Signature, the bakers had to make two types of biscuits which all turned out really well (I especially want to try the mulled wine biscuits!). The Showstopper was a tiered yeasted cake which didn't excite me that much but was still fun to watch.  The Technical was definitely my favorite of the three bakes- a Prinzregententorte, which is an 8-tiered sponge cake with layers of chocolate buttercream and covered in chocolate ganache. Sign me up!! 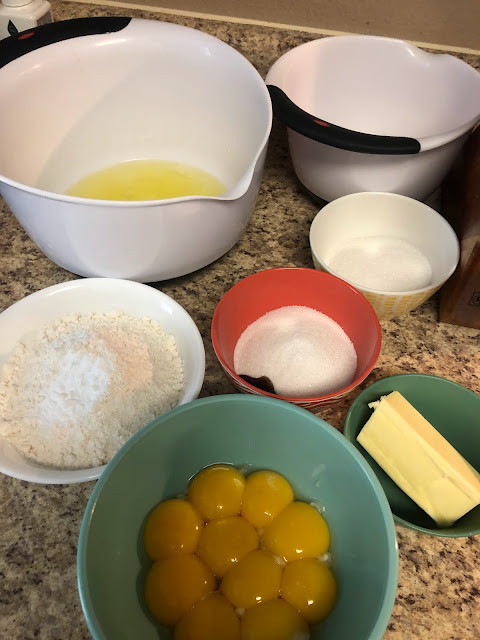 The process started by making the sponges. This was pretty much whipping up a TON of egg whites into a fluffy mess, then carefully folding in egg yolks and sugar and flour. It was a messy process but I was able to keep most of the air in the batter! This was then spooned onto parchment paper in the shape of a large, thin circle and baked until spongey. The process took a while and I didn't evenly distribute my batter, so I sadly ended up with only six sponges. 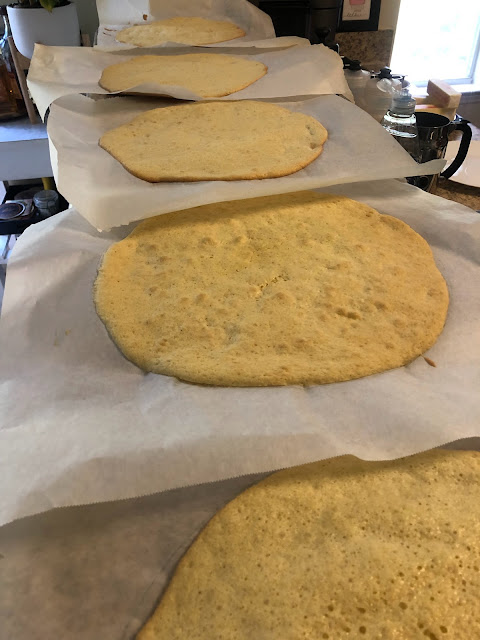 While those cooled, I made the buttercream. This was broken down into three components- a chocolate custard (I've made so many custards by now as part of my GBBO baking that I feel like I can nail it!), melted chocolate, and a basic buttercream. Mix these all together and you're let with a heavenly frosting. I could have just eaten the whole tub on it's own- it was so good. 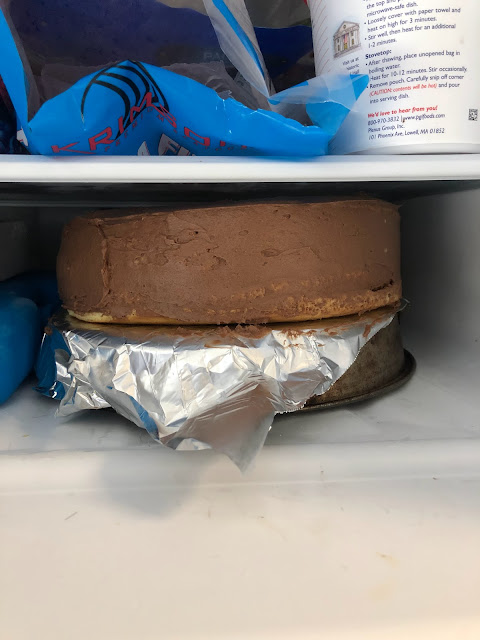 Once the sponge was cool, I layered it with the buttercream and crumb coated the outside of the cake. While this cooled in the freezer to really set the cream, I made the chocolate ganache! I always love to make this because you heat up cream and pour it over chocolate, then stir together to get a super smooth and luxurious sauce. The process is always so satisfying but easy! I poured this all over the cake to give it an amazing mirror-like glaze, and then decorated the top. Done! 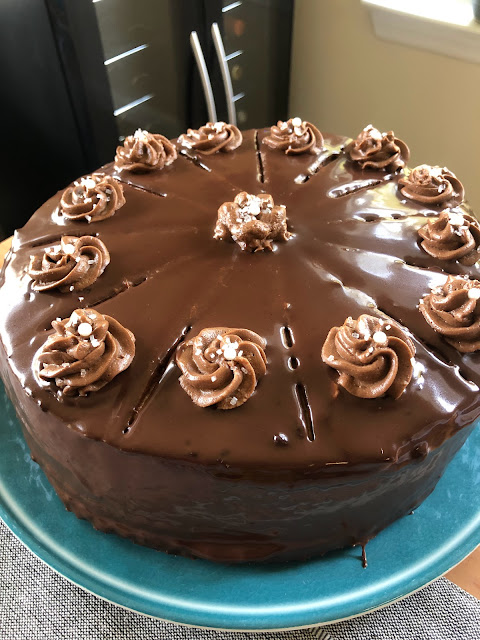 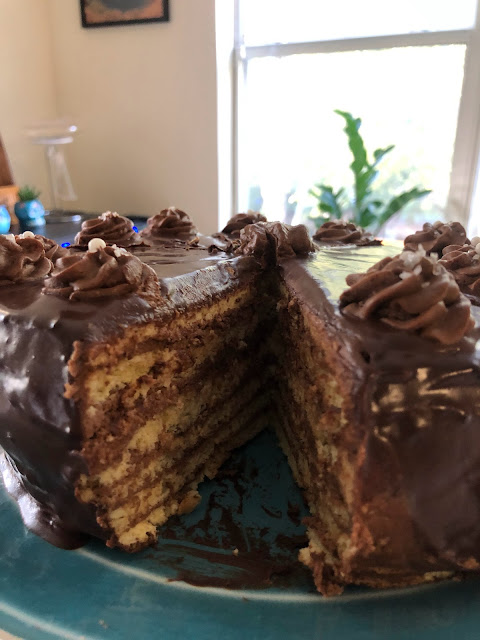 I was actually shocked when I ate it that it wasn't too rich. I assumed the chocolate would take over and would be impossible to eat the entire slice, but it's actually a really well-balanced and delicious dessert. I loved the smooth cream and thin glaze- it was just the perfect amount of chocolate. It tasted like something I would buy from a bakery!