October really snuck up on me this year. I still feel like it's August (I can't seem to get the date right when someone asks me) and it's hard to believe that it's almost the holiday season! I'm really excited to see what fall in the south is going to be like, and if the past few weeks have been any indication it's going to be awesome. Bring on the hay rides and apple cider! 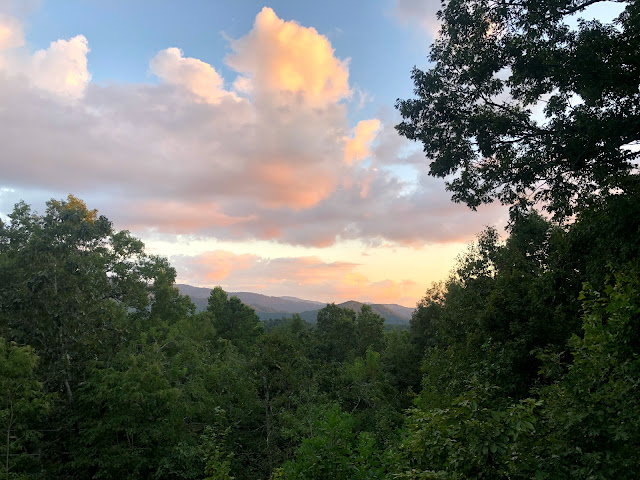 September was such a great month and it's hard to pick a highlight, but I probably have to pick our trip to Asheville. It was such a rejuvenating trip- with a perfect mix of outdoor activities, sight-seeing and relaxation. We really lucked out on weather and everything was just perfection. I love having mountains and beaches so close by- it's one of the top reasons we picked our location- so it was great to actually take advantage of it!  You can read the recaps of my trip here, here, and here.

Let's get into my annual and monthly goals.... 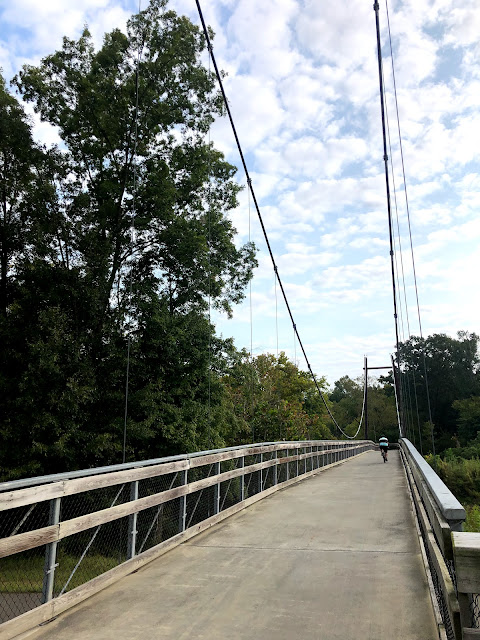 I half did this...I biked outside at least once a week, and for the first two weeks I did get out twice. I'll give myself a passing grade on this since I got out more often but would still like to improve that a bit. I also explored some new trails and greenways that I've been wanting to visit which was good! 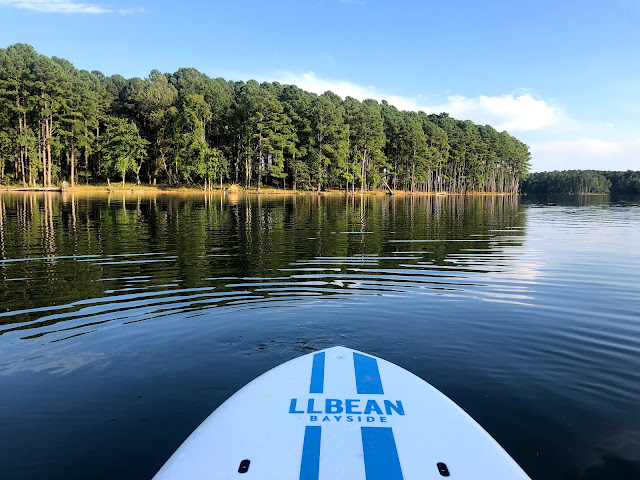 Done! I visited Falls Lake and Jordan Lake. It was great being out on the water and both of these lakes were gorgeous (and HUGE!) I'm still trying to figure out which is my favorite, but it's a good problem to have so many great options around me.

Register for A Race (and start training) 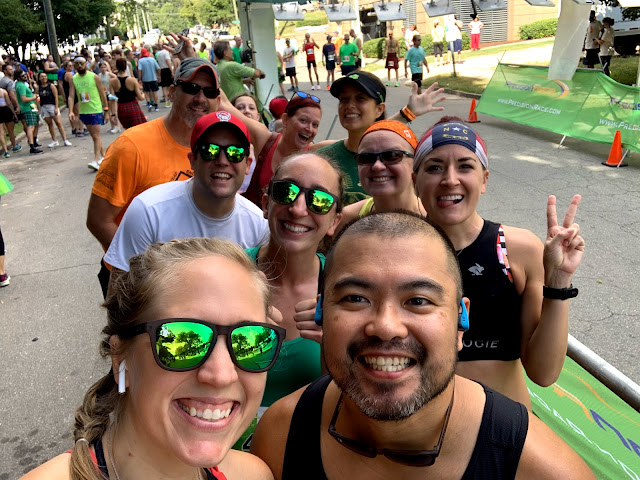 I'll give myself another half credit for this. I ran a race this month and have been discussing races with friends- it sounds like we might do a group trip for a race in the winter so I'm just waiting for that decision to be made before I register for anything. I did start to increase my mileage though- I moved my weekly goal from 10 miles per week to 15, and in a week or two I'll move that up to 20. I'm also adding in longer runs on the weekends so I think I'm in a good position to start training again!
And now here are my goals for October!

Go On (at least) One Long Hike

I love hiking, and fall is the best season to go. I tend to go on shorter hikes so my goal for this month is to make it a priority to go on something longer, which I'm counting as over 5 miles. I usually only do that on vacations so it would be nice to do that in my own city!

I got an Apple Watch a while ago, and so far I haven't had a full month where I closed all three rings every day of the month. I'm going to make that a goal this month just to say that I've done it! For context, my goals are - 500 calorie "Move" goal, 30 minute "Exercise" goal, 12 hour "Stand" goal.

Test Out New Cookbook Every Week

I finally joined the library by my apartment, and they have an amazing cookbook aisle! I've been kind of uninspired with my cooking lately, so I think this is just the thing to get me back on track. I already tried out two in the last week, so my goal in October is to do this every single week.

To go along with the previous goal..I want to finally visit cross this item off my "North Carolina bucket list" which I made before moving here! There's an amazing farmers market that's open daily and everyone raves about. I think it would be so fun to stop by, pick up some delicious seasonal ingredients, and see what recipes sound good with those items. I already go to regular farmers markets at least monthly, so I think this would kick that up just another notch.
goal