June 09, 2015
After 12 weeks of training, I didn't have the race that I was hoping for, but I finished, got a personal record, and added another medal to my collection!  I just started training hard at the start of this cycle, so I wasn't expecting some amazing break-out race.  It's time to keep up my fitness and keep training hard, and I'll eventually hit those goals that I set! For this race, I broke the distance up into four 5k's, plus a mile at the end.  I'll recap the race by those segments, and also have some overall thoughts on my training and the actual race at the end.  I hope you enjoy my first race recap!

Felt great!  I was right on pace and everything was feeling easy.  My legs were loose and I had no cramping at all from my breakfast (for once).  There were lots of little tree spores flying around the air that would get in my mouth and nose.  Luckily I wore sunglasses, so I didn't have to worry about them getting in my eyes!  It might look like snow in the picture below, but it was really tiny flying cotton balls! 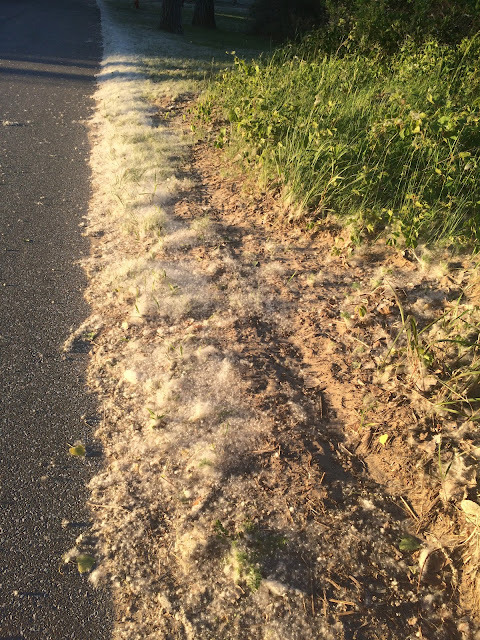 I also stopped at the bathroom during this 5k (mile 3) which took less than a minute from my time.

Still feeling good and right on pace.  I was starting to get a bit warm and the spores were getting on my nerves, but I still felt confident.  The entire course was really beautiful and I was enjoying the race. 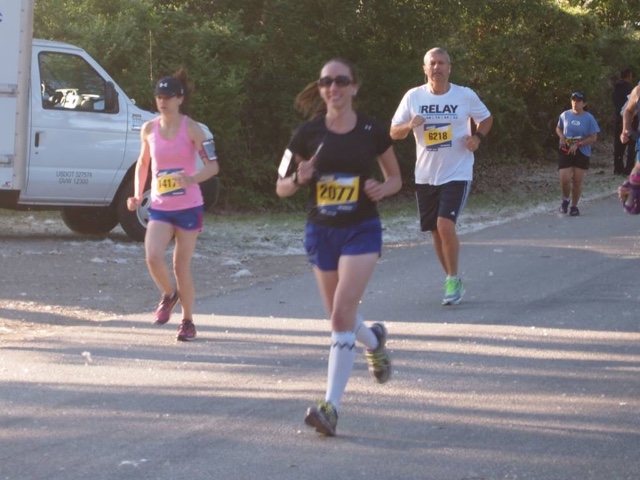 When we hit the turn-around and headed back everything in my left leg started to ache.  It started with my shin, and worked its way up to my hip.  It just felt like everything was locked up and really tight.  I kept pushing, hoping that it would go away, and took my first walking break at the water stop at mile 7.  From then on, I would just try to make it to the next water stop or mile marker because my leg was hurting so badly, but sometimes stopped in the middle of the mile.  I wasn't sure if I would be able to finish at this point.

Once I made it to this point and knew I only had one 5K left (not really, but this was my last 5k segment) I knew that I could finish, even if it meant walking the rest of the way.   I began to take shorter walking breaks (only walking for about thirty seconds at the mile marker) but my pace was a lot slower when I was actually running.  My leg was still hurting, but was concentrated in the piriformis muscle (aka pain in the butt).  Running slowly hurt, but so did walking, so I figured I might as well run and get this race over with!

At this point I saw my mom and pushed it as much as I could to the end.  My entire left leg was on fire and I knew I just had to finish and then I could rest, so I just did it!  I got passed by a TON of people at this point which stunk, but I just wanted to finish in one piece! 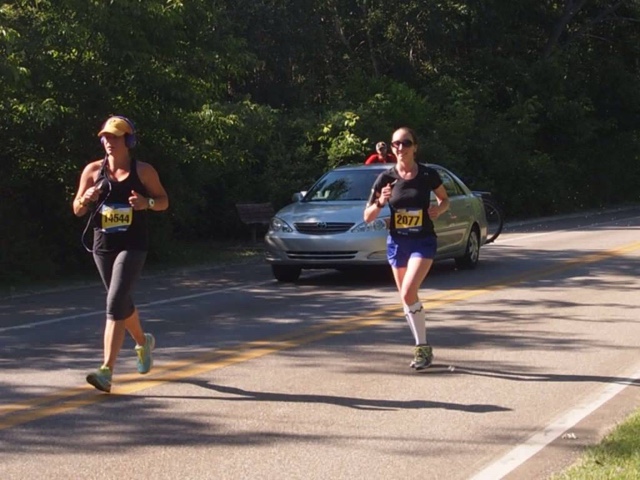 My training was good, but lacked in longer, quality runs.  My longest run was 10 miles and was pretty tough.  Other than that run, I didn't do many long runs.  This is always my biggest issue with training and something I have to concentrate on in my next training cycle.

I think that cross training definitely helped.  My upper body felt great, and I didn't get sore in my shoulder area like I usually do during longer runs.

I need to do more runs that push me.  Most of my miles are easy runs, so I have to start doing tougher runs that help my mental game.  My next training schedule is a lot more intense and will push me, so I think this will definitely help me in a race.

Next race I need to train on similar elevations!  I live in a very hilly area, and all of my runs were filled with rolling hills.  I never ran a long run in a flat area and that was probably the source of my muscle pain.  Next time, I'll study the elevation map and make sure my long runs mimic the course.

I finally found a breakfast that sat well in my stomach!  I have a really sensitive stomach that can't hold anything down with my race-day nerves, but I didn't have any issues with cramping in this race.  I had water, a banana and a Honey Stinger waffle about 2 hours before the race.  During the race I had a salt tab at mile 6 and a Honey Stinger gel at mile 10. 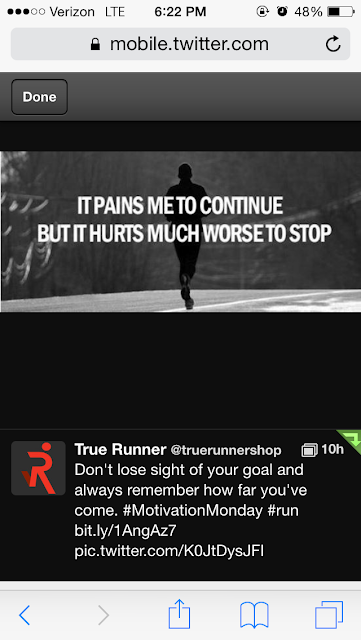 The race course had a few bathrooms along the route, but they were mostly at the beginning part of the race (I believe the last one was around mile 4).  There were no lines for the bathrooms thankfully, and I was able to make a stop that only took 45 seconds out of my race.

There were NO GUs or other gels given out during the race (even though the website said that the water stops would have them).  Luckily I brought my own, but I think this is a huge problem for a race like this.  There may have only been a few that were given out to the leading runners, but I didn't even see any wrappers on the ground. 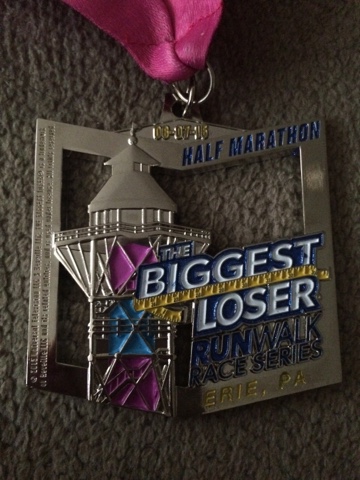 There were also no clocks along the route.  The mile markers were clearly marked, but I was surprised that there were no clocks at all, even at major milestones like 5k and 10k.

At the start, it was a "wave start" and they released about 50 runners every minute.  I lined up towards the front, but was in the front of the third wave.  As soon as I started, I had to dodge lots of walkers, so I think it should have been better communicated how the waves were.  I've seen other races that have predicted finish times or paces so you knew where to lineup, but this race didn't have any signs or anything for you to know where to start.

Tuesdays on the Run Linkup