June 30, 2015
Hi everyone and happy Tuesday! I hope you all had a great weekend. Mine was a bit longer than normal, which is why I was MIA yesterday. I'm here today to recap all the fun I had, so get ready!

We started off the weekend in Philadelphia. We stayed in Center City and explored the area a bit before getting a drink and some food at Independence Beer Garden. That place was so cool and I loved the casual vibe. 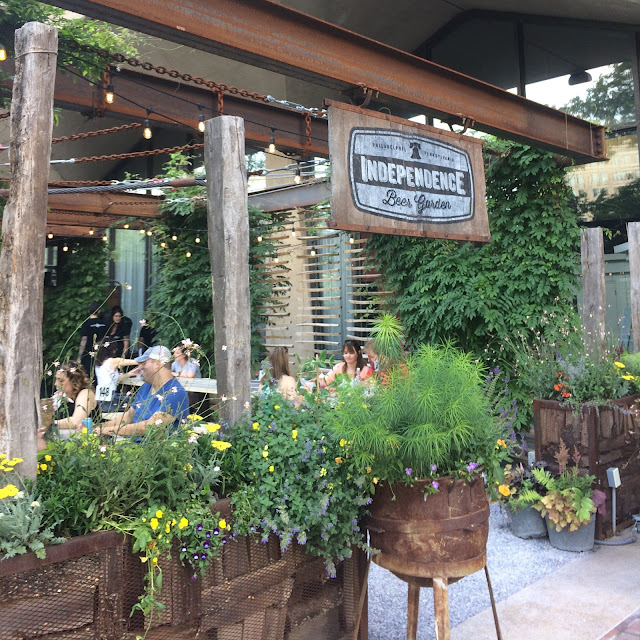 We took the subway down to the Citizens Park area and walked around a nearby park, then headed in for a baseball game between the Phillies and Nationals.  At one point we left to get some drinks, and missed a foul ball that landed in our seats. Too bad!

We woke up early to get some breakfast in Reading Terminal Market. It's such a cool place with so much to see, so I understand why it's the most visited place in Philly! 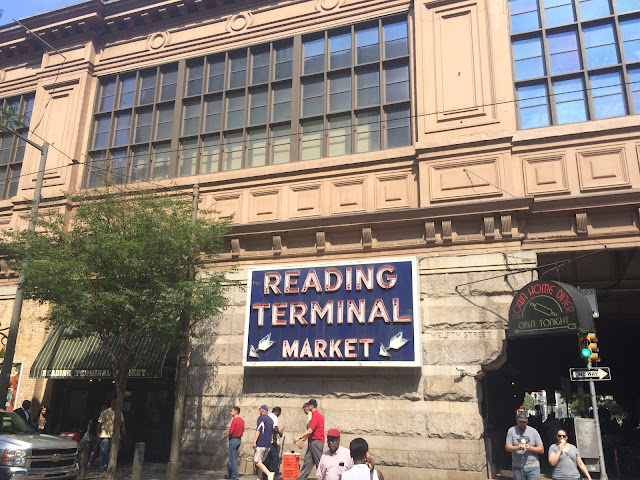 After breakfast, we headed to Old Town and got in to see the Liberty Bell before the crowds arrived, then explored the area and toured the U.S. Mint. 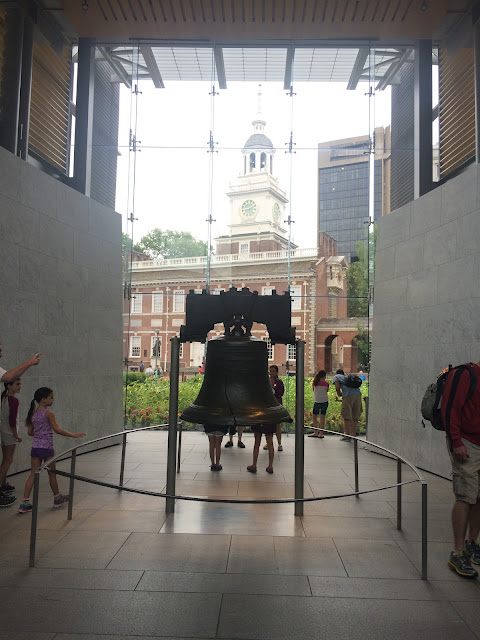 We were off to New York City! The ride was nice and short, and we got in to the city around lunchtime. We stayed in an apartment we found on AirBnB in the Upper West Side. The place was great and we were off to explore the city in no time! 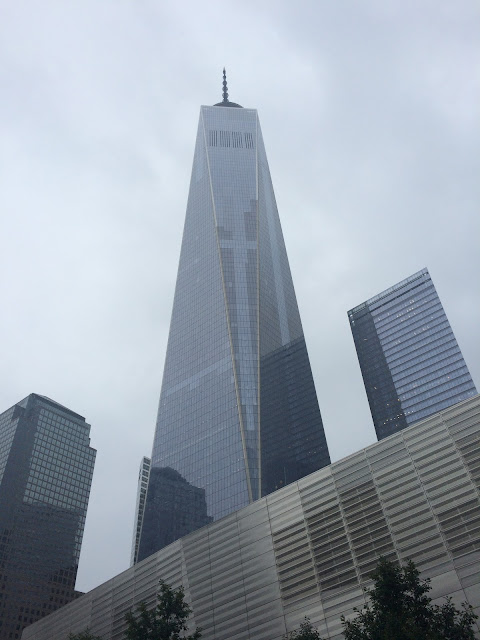 Unfortunately, the weather didn't cooperate and we didn't get to see very many sites. We stopped for dinner at Shake Shack, then went to see Inside Out in Battery Park (great movie!!). We made it back to our place around 10 and were exhausted so we fell right asleep!

We woke up early Sunday morning because I was running a race in Central Park! Luckily the storm passed and we were left with a cool, humid morning. Our apartment was close to the park, so Dan and I jogged over to the start for a warmup. We walked around a bit and Dan got to meet Jon Stewart before the race! 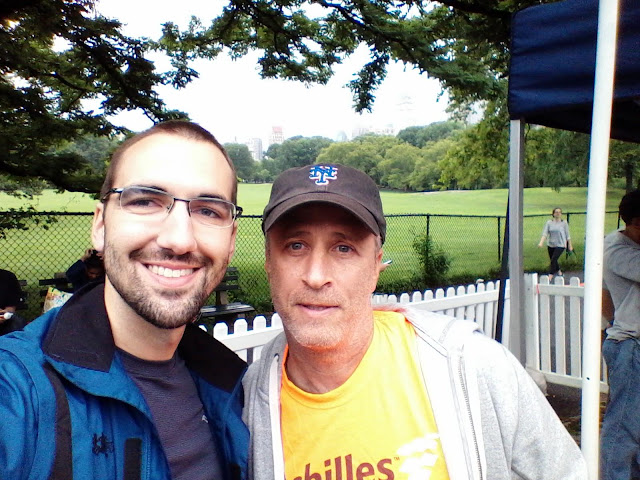 The race itself was great! We were walking so much and I was tired out from exploring the past few days, so my plan was to enjoy the experience. I felt better as I went along, so I ended up with my best 5 miler time with 43:18! Super happy with the time and it was such a great birthday race. (Race #1 is out of the way on my 30x30 list!) 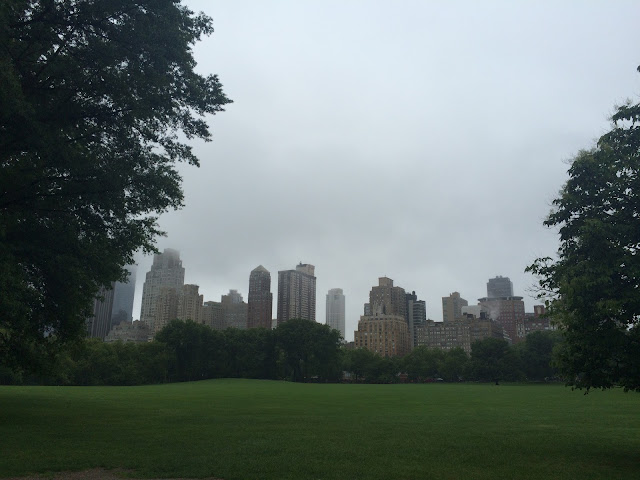 We took the subway over to Queens to see the Mets play a few hours later. The team actually had to finish last nights game, which got suspended after 6 innings due to rain. The game ended up going to 13 innings with a Mets win. 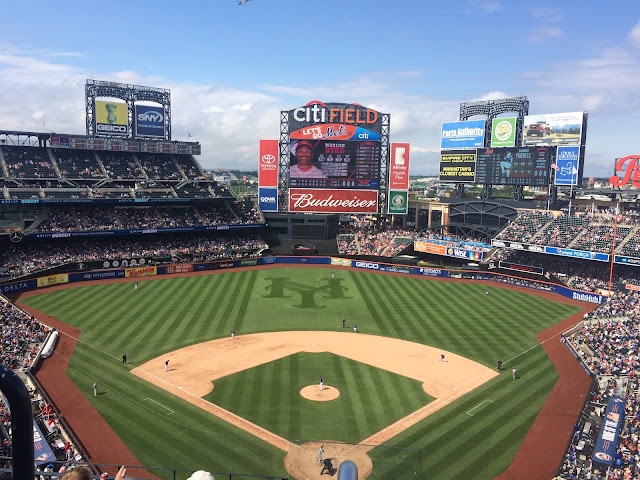 After the game, we stopped at Flushing Meadows to see where the U.S. Open is held! The area was really cool and had lots of paths to explore. The highlight was definitely the Unisphere...incredible and HUGE in person. 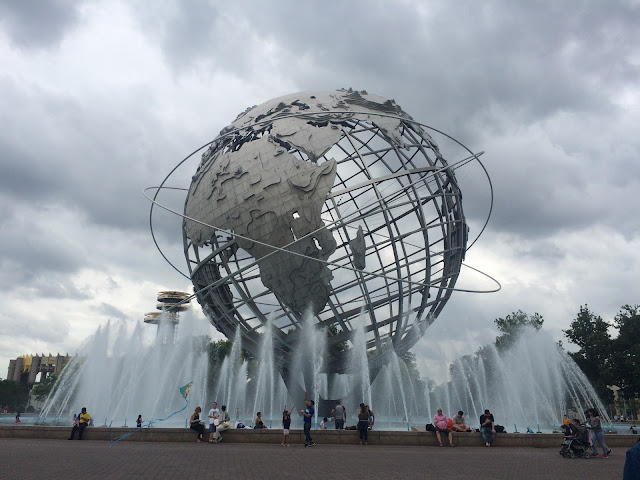 We took the subway back to Manhattan and explored the Upper West Side, and stopped for dinner at Bar Bacon. I got the bacon bahn mi which was incredible. Highly recommend the restaurant for the food, but it was SO loud in there. 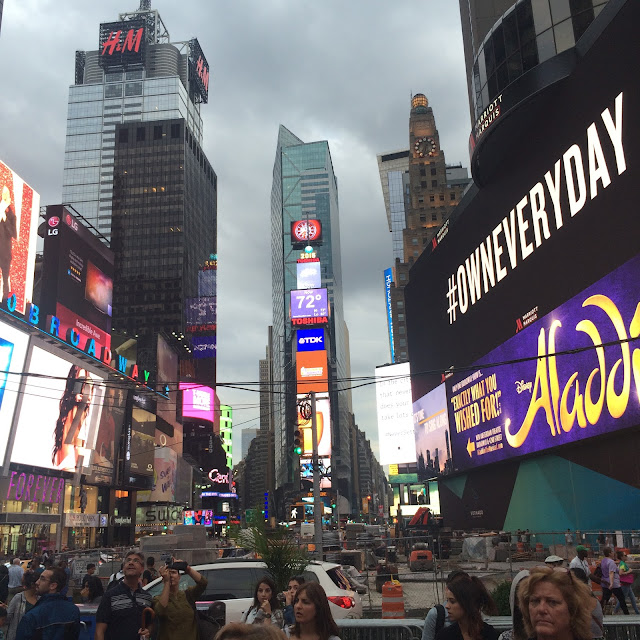 We ended the day with over 40,000 steps according to my FitBit, so we were pretty tired and ready to sleep, especially since we had a 4:00 wake up to catch our bus home!

I had such a great weekend and got to do so many fun things with Dan! I love exploring new places, watching baseball and running- so this was a perfect birthday weekend for me!

What did you do this weekend?
What would be a perfect birthday for you?
travel