June 12, 2015
Hi everyone!  I can't believe it's Friday already!  This week has really flown by me, especially after a super slow month of May.  It feels like just yesterday that I was in Erie for my race (and yes, I'll stop talking about it now)!  Is everyone excited for the weekend?  I know I am! 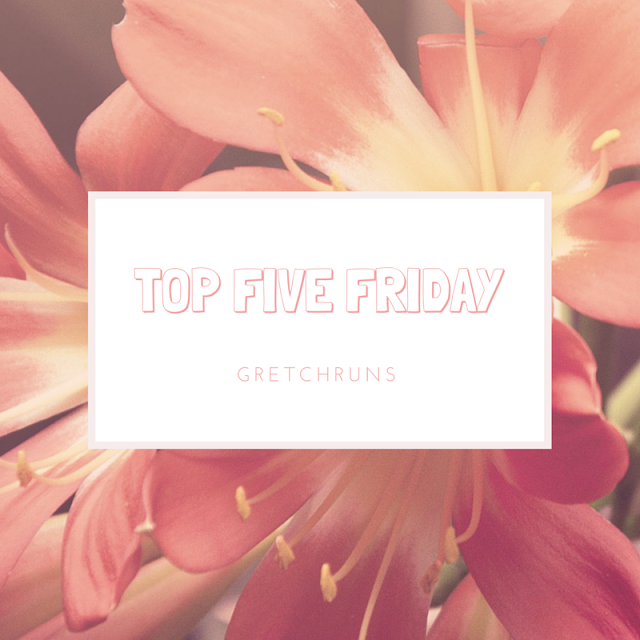 For today's Friday Five linkup, we're talking about summer activities.  Everyone has a favorite season, and mine is definitely summer.  I feel like there's SO much going on, and I'm always out doing something fun!  I'm sharing my top five things to do in the summer, but be sure to share what YOU like to do and I'll definitely add it to my list of things to do!  Hope you all have a great weekend! 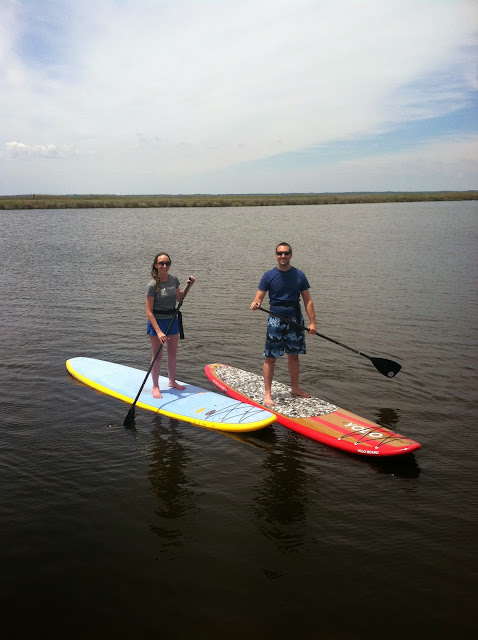 I absolutely love every type of water activity, and these two are my favorite!  In Pittsburgh, you can rent kayaks near PNC Park as well at North Park through Venture Outdoors.  There are so many other places to go in the area as well!  I'm hoping to take a weekend trip to Ohiopyle sometime this summer and enjoy the white-water rapids!  If you're interested in trying SUP, I would highly recommend SUP3Rivers- the owner is absolutely hilarious and has an adorable dog that joins him!

Nothing says summer to me like dining al fresco, and drinking at a beer garden is even better!  There are a few options that I love in Pittsburgh, including the Penn Brewery and Sienna Mercato, but nothing will beat the time I was in Munich at the original Hofbrauhaus (above)! 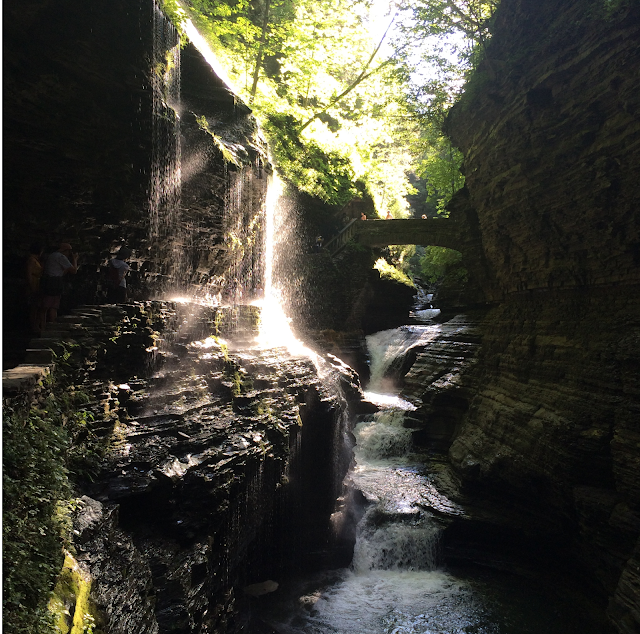 Hiking is so much fun, especially now that I can go with Dan and Selma!  I love exploring new places and finding beautiful, hidden gems.  Last year, we checked out Watkins Glen in New York (above) and this year I can't wait to explore all the places that Fittsburgh suggested! 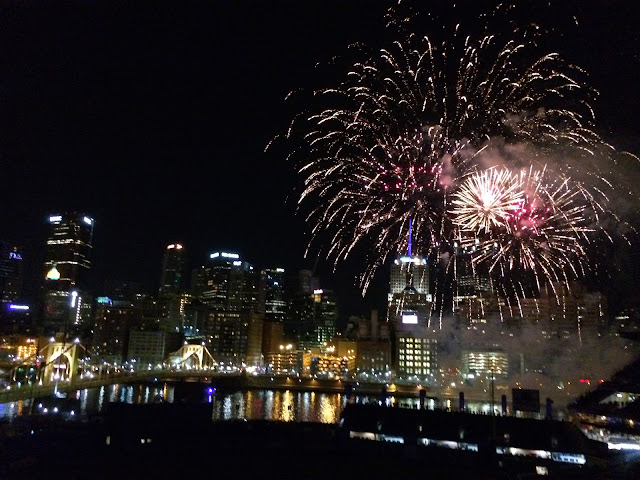 One of my favorite things to do in the summer is go to a baseball game!  I've mentioned before that Dan and I are attempting to visit every major league stadium, but nothing beats PNC Park!
A few times a year, there is a concert and fireworks show after the game, and those are my absolute favorite.  I've gotten to see Daughtry, Train and a few other bands throughout the years.  Tomorrow's game will feature Big & Rich, and August 8's game will have O.A.R.! 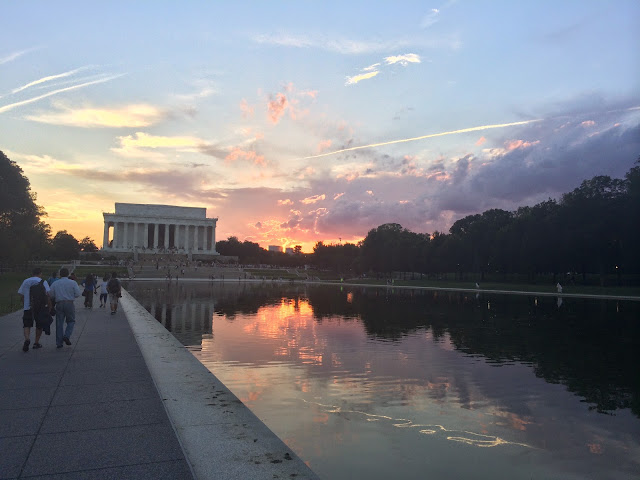 I love to jump into the car and drive around, finding new places to explore with Dan with some amazing music playing (check out some suggestions below).  Sometimes we'll plan out a trip (like going to D.C. for the weekend, pictured above), and other times we'll just see what we stumble upon.  I posted before about my favorite weekend trips from Pittsburgh, and I can't wait to add a few new cities to that list this summer!

I created a Summer Playlist to go along with all my activities! Some are cheesy summer anthems, while others just make me happy!  I hope you enjoy :) 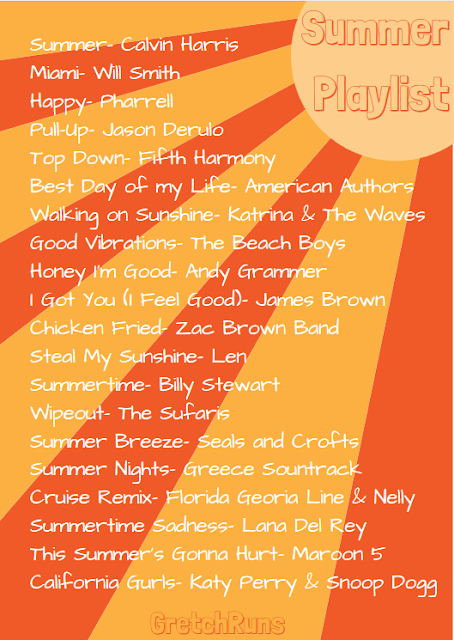 Orange Is the New Black

The new season is out TODAY!  I'm not one for binge-watching as soon as a new season is released on Netflix, so please no spoilers :)  I just finished season two a few days ago (I didn't want to have a cliff hanger months before the new season came out) and I can't wait to dive into the new season!

Ugh..as if this season couldn't get any worse, my least favorite contestant from a previous season decided to come and join the group (almost halfway through).  Can we expect another gem like this at the "Men Tell All"?  Is it too late for the show to change direction and just focus on Britt and Brady's relationship?  The only highlight of this episode was Ashley S.'s cameo!

I Can Do That!

I am LOVING this show!  How amazing was Ciara and Cheryl Burke's double dutch routine?  I'm also really loving Jeff Dye (the comedian)...he makes the show for me.  I'm kind of getting tired of Nicole, especially all of the splits that she was doing!  We get it- you're flexible.  It'll be interesting to see her doing Avenue Q next week and not another sexy act!

I'm finally catching up and watching this season!  It's been really crazy so far with some surprising early exits by some of my favorites from last year.  I also want to mention Jennifer's post that talks about Kacy Catanzaro and the Success/Failure Cycle.  It really spoke to me after my half marathon, and I think you'll all enjoy it as well!

I'm so sad to almost be finished with this show!  We're on the final season, and it's going to make me so sad to say goodbye to the cast (even though the show's been over for years!).  Has anyone else gone through the series when it was added to Netflix?  I'm obsessed!

I hope you all have a great weekend!!

Linking up with Mar, Cynthia and Court
as well as Heather and Clare!

What are some of your favorite summer songs?
Any big plans for this summer?
top five friday