November 23, 2015
What a weekend!  Most of my weekends lately have been pretty lazy and full of free time, but this one was crazy!  I had so many plans, which made the weekend fly by.  Thankfully this is going to be a very short work week, because I already feel like I need another break!  Here's a look at what I did from Friday to Sunday: 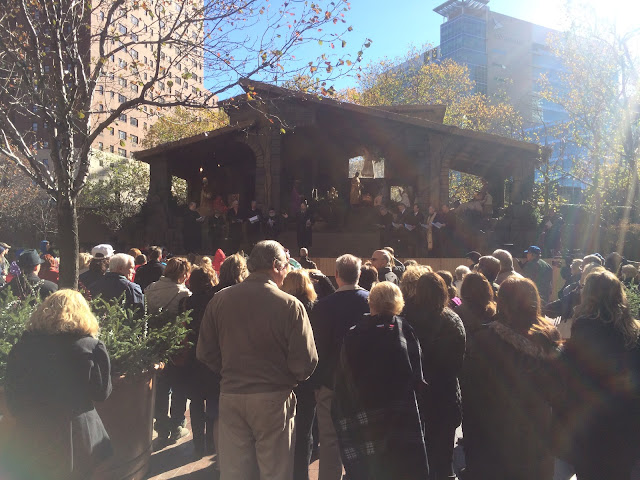 Pittsburgh Crèche blessing at lunchtime.  Religious leaders from across the city came to bless the scene, and we all sang Christmas carols together. 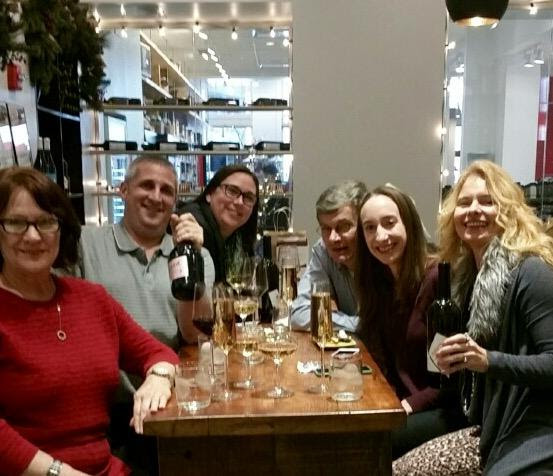 Met up with my old manager and team for some drinks at Market Street Grocery!  This is a little hidden gem in Market Square with lots of great wine and drinks.  They also serve food and macarons.  If you haven't stopped in, I recommend it! 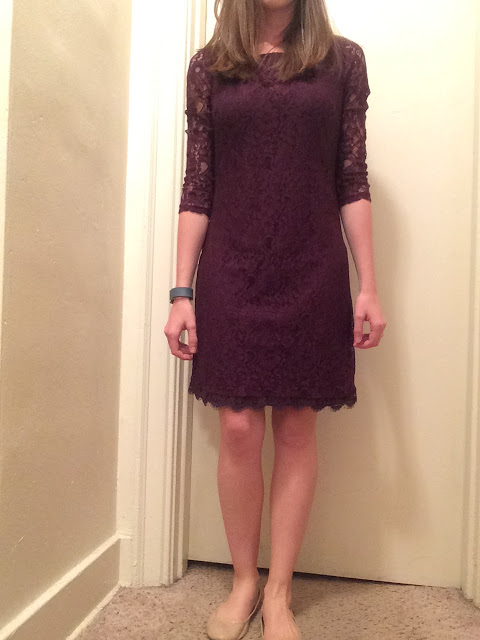 Friday night was Dan's work party!  This year it was held at Rivers Casino, and this is what I wore.  This is an old dress from Dana Buchman at Kohl's.  It's no longer available, but here's a similar dress!  (P.S. I took off my FitBit after I took this picture!) 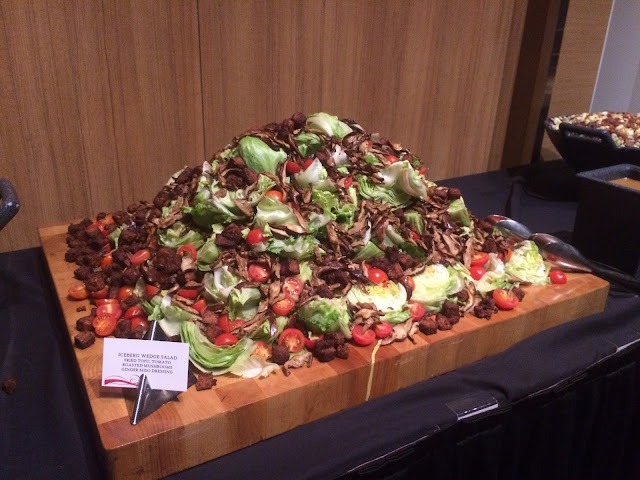 The party was great!  Lots of delicious food... 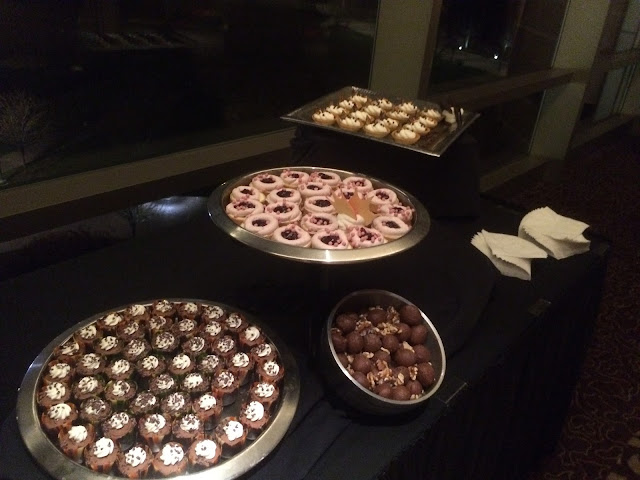 ...and the desserts were just as beautiful as they were tasty. 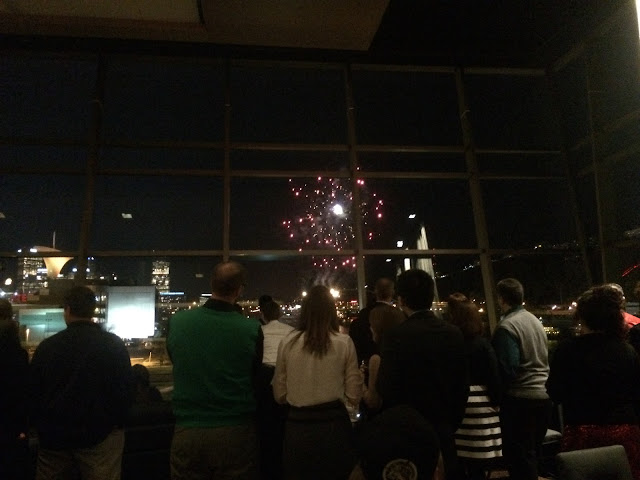 There were fireworks for Light Up Night, and we had a great view of them!  There are huge windows along all of the walls, and one of them faced Heinz Field and the Point.  It was great to see the display and not have to freeze! 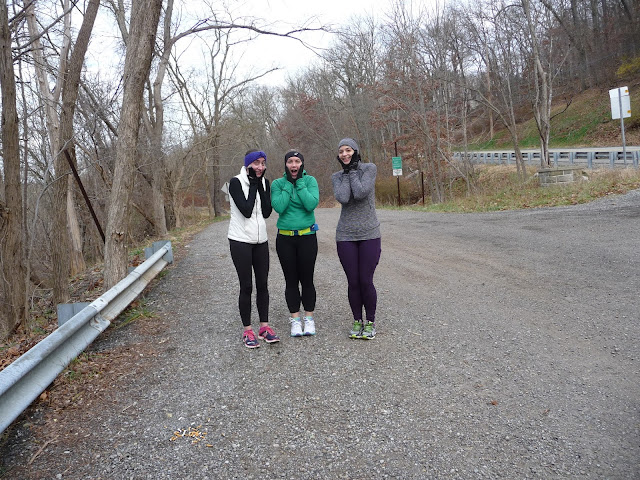 On Saturday morning, I met up with Jennifer and Anna to run on the haunted trail in North Park.  There was nothing scary about the trail, but it was a challenging 8 miler!  We were kind of scared before the run started (at least I was and made them act scared too for the picture!) but we made it out alive. 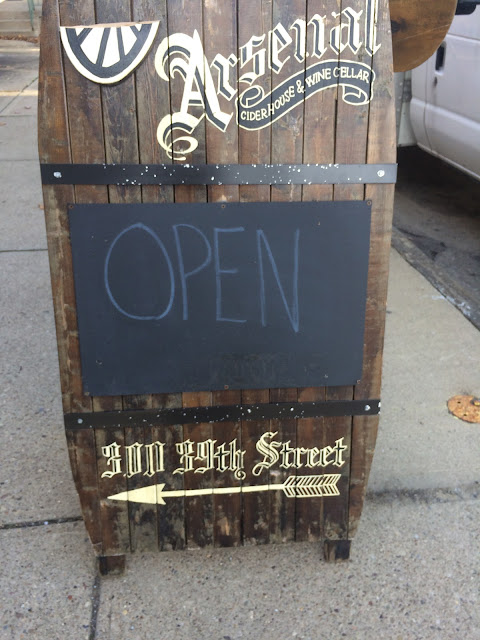 Later, we met up with Lynne for drinks at Arsenal Cider.  This is a cute little house in Lawrenceville that sells tons of different ciders, either in a glass or growler.  I got to sample a few flavors, and settled on grape.  It was delicious! 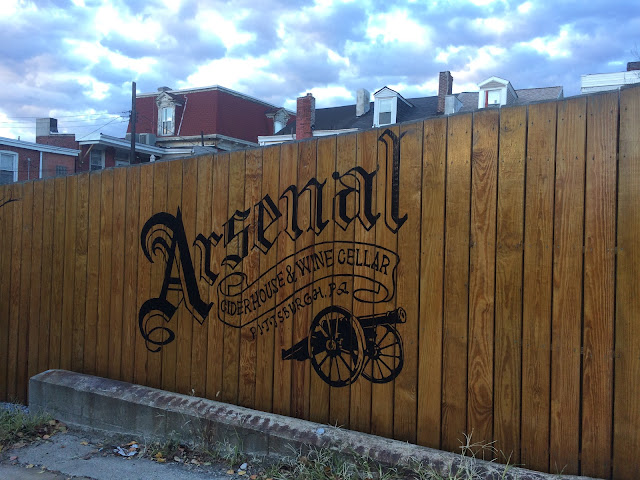 There was a patio outdoors where we sat to enjoy our drinks and chat.  Thankfully the weather was perfect, because there aren't many tables inside.  We had a great time outdoors, and I bet it's amazing in the springtime! 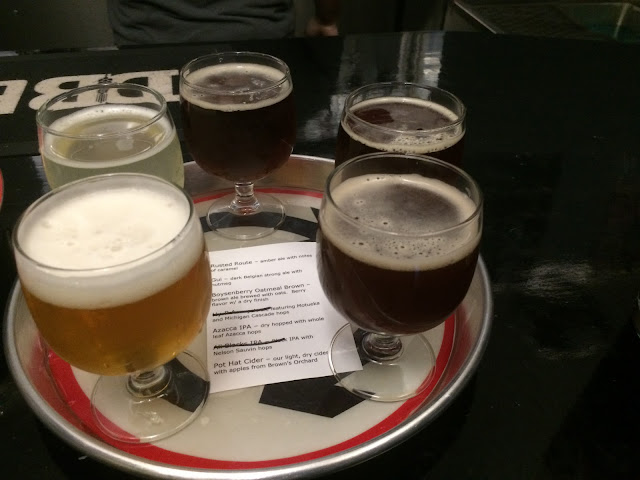 For the next round, we stopped by the nearby Roundabout Brewery.  I've tried their beers before, but this was my first time at the actual brewery.  I got a flight, which includes five different beers.  My favorite was the Gui, which is a Dark Belgian Strong Ale.  I also really liked the Azacca IPA, and I don't typically like super hoppy IPA's!  This one was slightly sweeter and delicious. 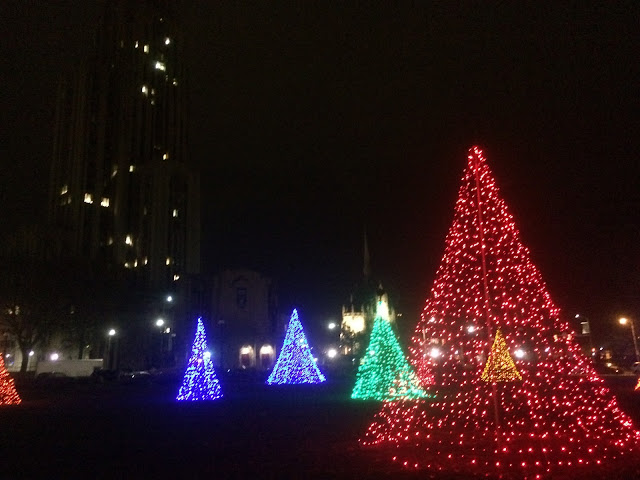 On the way home, we stopped at Schenley Plaza to see the lighted trees!  There were tons of them all over the plaza, and it looked so beautiful with the Cathedral of Learning in the background.  If you're ever in the area, I recommend stopping by The Porch for a pizza and a drink- one of my favorite restaurants! 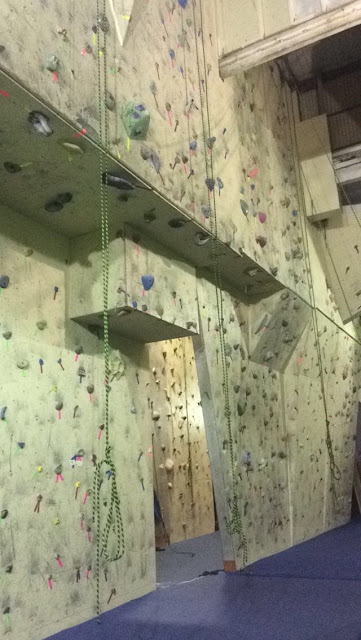 Sunday morning I woke up to go running, then met up with friends at The Climbing Wall!  We ended up staying in the bouldering area the entire time, which is an insane workout.  I ended up running into my high school Spanish teacher, who is an amazing climber.  He gave us lots of tips and helped me get to the top of a few walls.  By the time we left, my entire body was sore, and my hands were torn up.  Can't wait to go back!

How was your weekend?
Have you ever run on a "haunted trail" or road before?
Is your town holiday ready?

Linking up with Carylee, Jenna, Erin and Katie for Weekend Updates!
monday