The Most Grand Canyon

April 22, 2020
Happy Wednesday everyone! For today's post, I'm going to be sharing the next part of my National Parks trip this past December. This is great timing too, because it happens to be National Parks Week! I've been celebrating by sharing all of my favorite trips on my Instagram- so far I've talked about Haleakala, Everglades, Cabrillo National Monument, and Cuyahoga Valley. Today is all about the Grand Canyon, which is probably one of the best known (and most popular) parks! 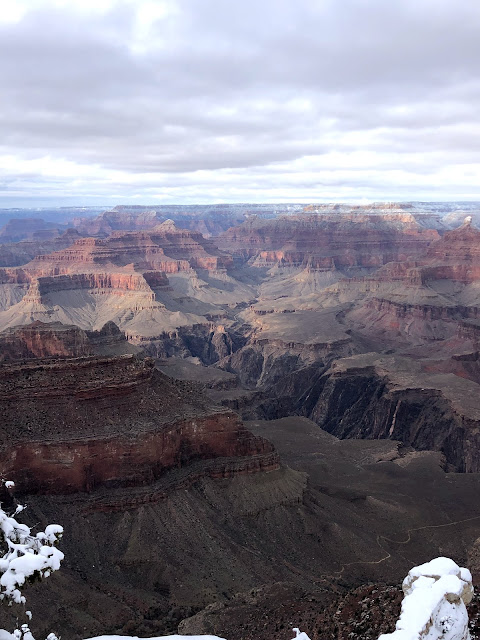 I was lucky enough to visit the park in winter, during a snow storm. To be honest, I didn't know that it snowed there, since all of the pictures I've seen were during clear, sunny skies and usually had people dressed in the bare minimum. Plus- it's in Arizona! This was definitely NOT the case when we got there- temperatures were well below freezing, and there were several feet of snow and ice on all of the trails. Some of the roads were even closed because of the conditions. 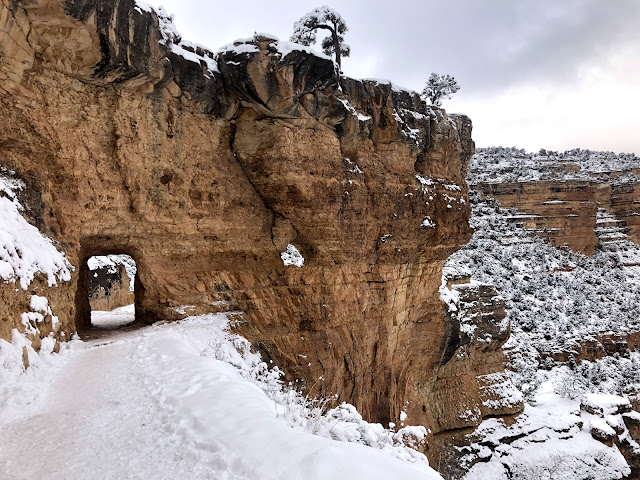 After stopping by the Visitor's Center and asking about which trails were safe to visit, we exploring the rim trail, which (as you can probably guess) follows the rim of the Canyon. This is a trail you can take all the way around, and get to the North Rim- which is closed in the winter. 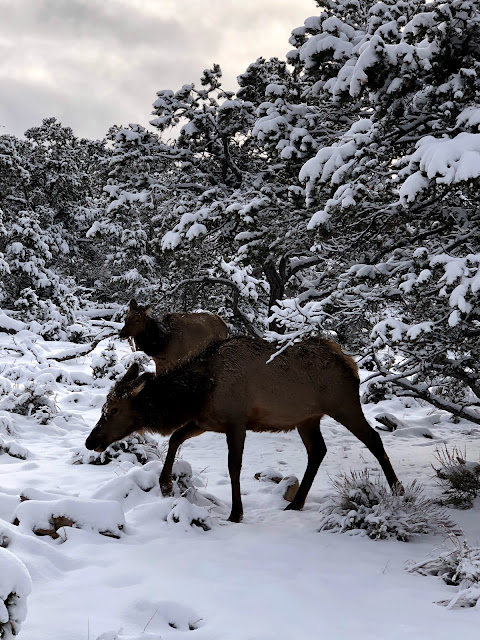 The first day we visited, the canyon was engulfed in fog, and we couldn't see anything. The trail was beautiful though, and we saw some elk grazing, birds swooping, and lots of people who were seeing snow for the first time! 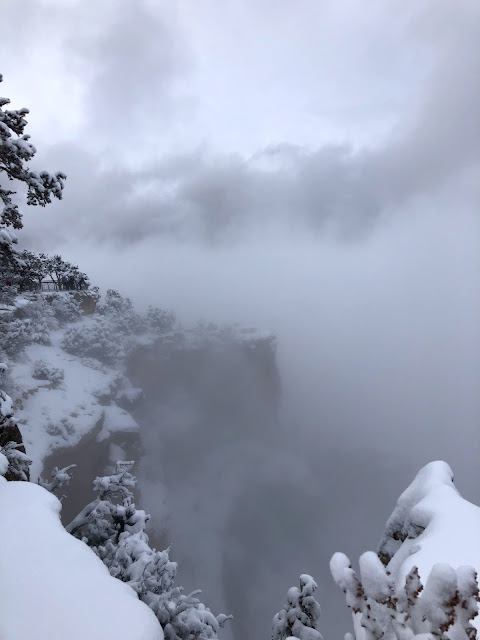 We had a lot more luck on our second day, and got to see beautiful views into the canyon. We hiked a lot around the rim, and also took Bright Angel down for a bit until it got to be too slippy and dangerous (since we didn't have traction devices). We also stopped by a few exhibits along the way, and took the free shuttle through the village. 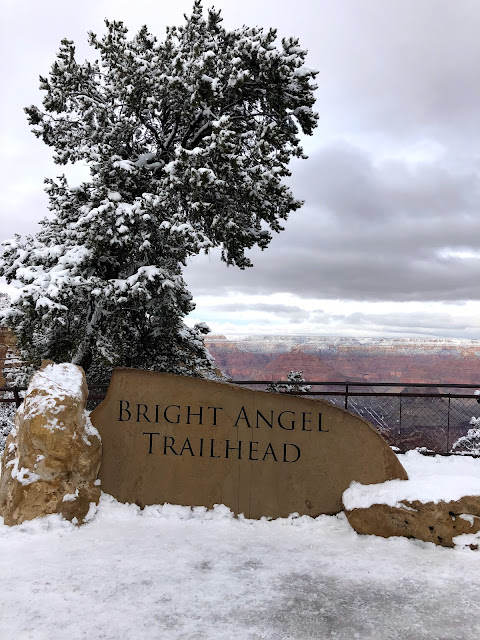 Our third day was definitely a highlight of the whole trip- two of our friends were also in Arizona visiting family for the holidays and made the drive up to spend the day with us. We did mostly the same hikes, and also stopped in the convenience store for snacks and beers in the middle of the day to relax a bit. It was so much fun to experience the park with friends, and we had such a great time with them. 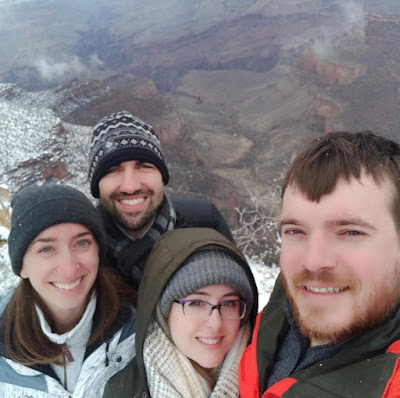 To end the day and our time at the Grand Canyon, we had an amazing dinner at El Tovar, which is one of the park's lodges. It has a beautiful rustic feel, and was decorated to the nines for Christmas! Getting a delicious, hearty meal after hiking so much the past few days was definitely well-needed and enjoyed. 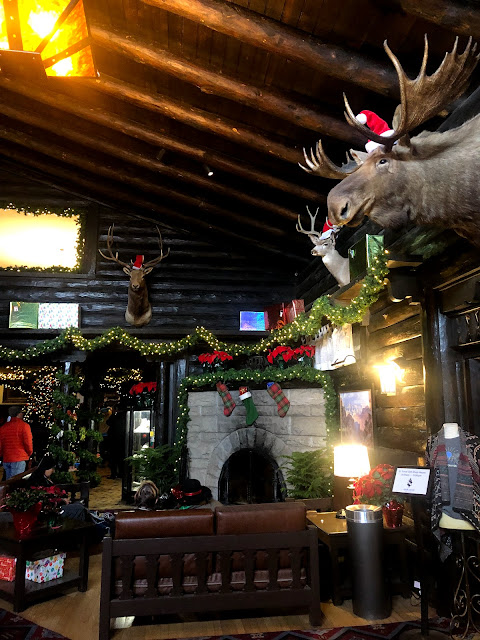 I've heard a lot of mixed reactions from people that have visited the Grand Canyon- some people say it's over-hyped and super crowded, while other people say it's the most incredible sight they've ever seen. I would definitely be in the latter camp- it's so difficult to imagine the scale and how..well...GRAND it is unless you're seeing it in person. 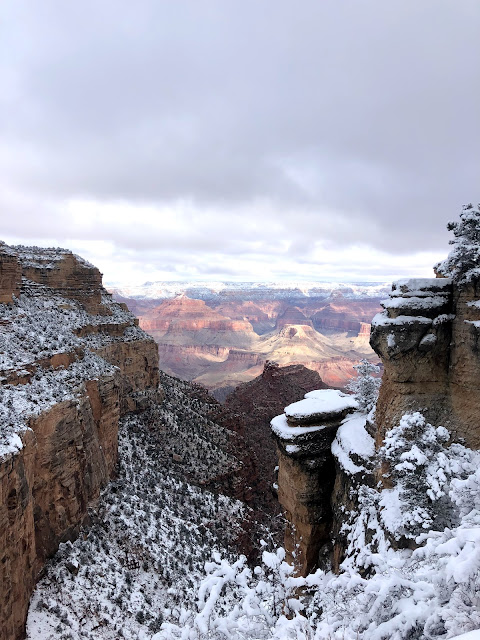 I feel lucky to have gotten to see it in a way most people probably haven't (covered in snow) and also without it being crowded. It was such a unique experience, and one that I won't forget for a long, long time.

Have you been to the Grand Canyon?
Did you have a White Christmas?
Do you like to travel with friends?
national parks travel