How to Make a Move Less Stressful

Let's face it- moving is the worst. It's stressful, expensive, and a big pain. Dan and I just moved from Pennsylvania (where both of us have lived our entire lives) to start the next chapter of our lives in North Carolina! While our move definitely wasn't easy, it went pretty seamlessly. While I wouldn't want to do it again any time soon, I learned a lot of handy tricks that helped make it just a bit easier and less stressful. I'm sharing my top tips today and would love to hear all of yours, for when we inevitably move again! 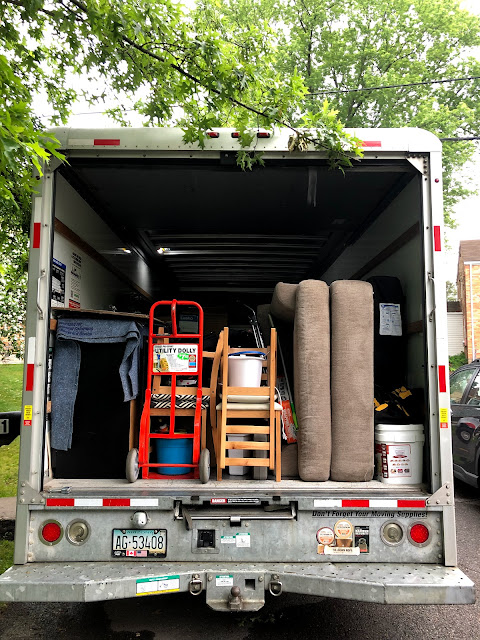 When we first decided to move out of state, there were so many things on my mind that would keep me up at night. I was worried about so many random things, and I decided to start writing down everything that popped in my head or any questions that I had. It definitely helped me to write it down- it seemed like some of the anxiety transferred from my head to the paper as soon as I wrote it out. Plus- this way I could make sure that I didn't forget about a little task that I thought about! Here are a few of the things that I wrote down-

Finish a Task Each Day

I actually saw this trick on TikTok and helped inspire me to do a little bit every day to help prevent the last week from being too hectic. We moving at the beginning of June, so for the entire month of May, I wrote out a task in my planner's calendar to complete each day. I started with more administrative stuff (ordering moving van, signing new lease, connecting utilities) then moved into packing non-essentials room-by-room. This helped a lot to spread out the work and make sure that I wasn't forgetting something random.

When I was packing up, I never taped up boxes (even when they were filled) until the day before we were moving. Even though I was packing non-essentials, there were so many times that I had to get something out of a box or decided to move things around after my original pack. It would have been a massive pain (and very wasteful) if I already taped up the boxes, so this tip really came in handy!

Even though my boxes all had a spot on the side to mark what was in it or the room the box should go in, I decided to color code the top of the boxes with tape so that I could just quickly put boxes in the correct room. This really made the moving process seamless, since I knew exactly where each box should go without wasting time searching for the text I wrote out.

Another TikTok tip was to create a box specifically for the first night. In this box, I put in a change of clothes, pajamas, toothbrush, contact solution, toiletries, garbage bags, paper plates/silverwear/cups, cell phone chargers, and anything else that I could think of being really handy right as we moved in. It was great to have all of this handy instead of searching through our pile of boxes when we were exhausted and just wanted to rest. (Also- don't forget your pets! Include their food and food bowls, leashes, and anything else they'll need.)

Pack Some Comforts from Home

Since we were moving to a brand new state, I wanted to bring along some things that reminded me of home. I got some of my favorite cans of local beer from Cinderlands and wine from Pittsburgh Winery, specialty spices and oils from the Strip District, and more goodies. Unpacking these and having it to look forward to our first week really helped put us at ease.

Remind Yourself that You're Doing a GREAT Job!

This one might be a little corny, but like I mentioned in the intro- moving is really stressful and sucks. Make sure that while you're going along, you give some positive reinforcement (particularly if you're moving with a partner). Throughout our move, Dan would randomly tell me that we're doing a great job and that simple sentence really made a difference during more difficult times. Knowing that we were in this together and would make it through helped me keep going and know that I was making a good decision to uproot my life! 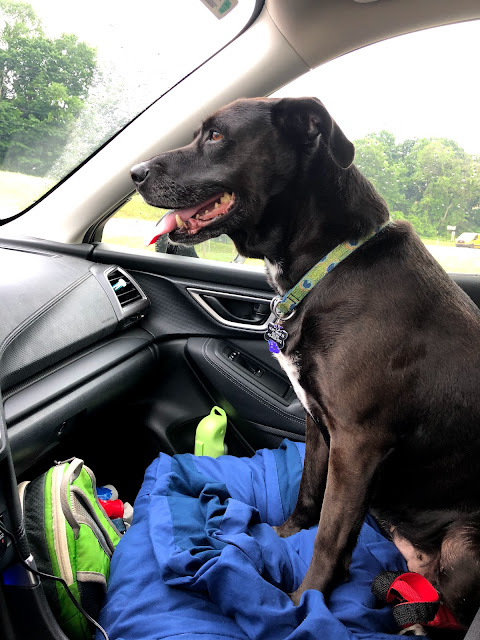