Hi everyone! It's time for another episode of Great British Bake Off and the week I've been waiting for- JAPAN WEEK! To be honest, the episode was kind of a let down..the only strong Japanese flavor highlighted was matcha which isn't my favorite. I was hoping for something with mochi or a Japanese style cheesecake or omelet. There were also a lot of complaints online about the poor Japanese influence in this week, and I sadly have to agree. With a Signature Challenge of a steamed bun, and a Show Stopper of a Kawaii Cake (basically just means cute/adorable), there wasn't a ton to distinguish the challenges from any other week.

But- I had a job to do, and this week the Technical was a Matcha Crepe cake. Judging from the pictures in the recipe, I knew this would be a tough challenge but I was really excited. I made crepes for the first time this year (during the week Dan and I were supposed to be in France and I made a French-inspired brunch), and it was really fun! The batter was basically the same for this recipe, with the addition of matcha. Once that was made, I had to make the filling, which pretty much combined a buttercream frosting, white chocolate ganache, and meringue. These all get folding gently together, which made a delicious and fluffy filling. 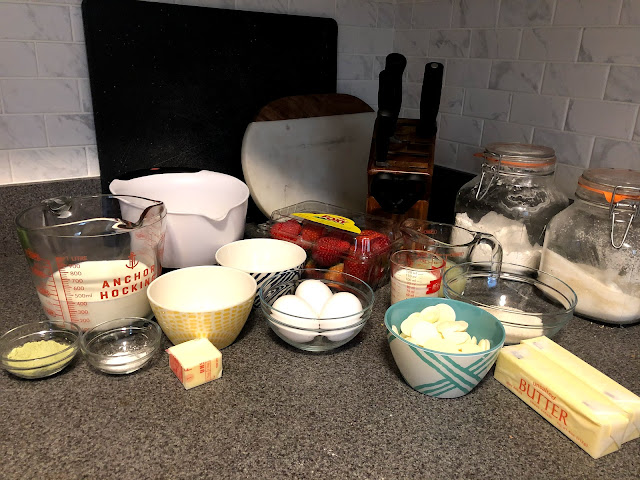 Once that was chilling, it was show time! For this recipe, I had to make one large crepe, followed by 10 smaller crepes. Just like the bakers on the show, I had to scrape every last drip out to make all of the crepes. The first few were a little iffy, but after that I hit my stride and had some really great looking crepes.

All of the crepes were finished, so it was time to stack and build the cake! Between each layer I added some of the filling, then added thinly sliced strawberries every other layer. I continued this all the way up until the last crepe, then transferred the stack to a plastic wrap-lined bowl. This sat for a few hours, then was flipped upside down and dusted with more matcha. I added chopped fruit and coconut, and the cake was done! 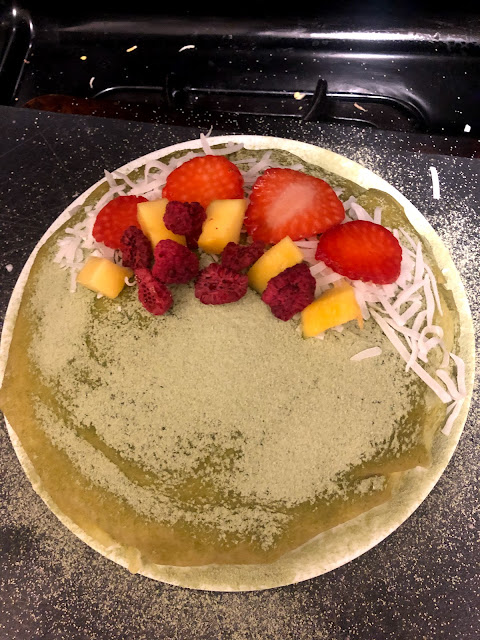 Just look at these beautiful and delicious layers- 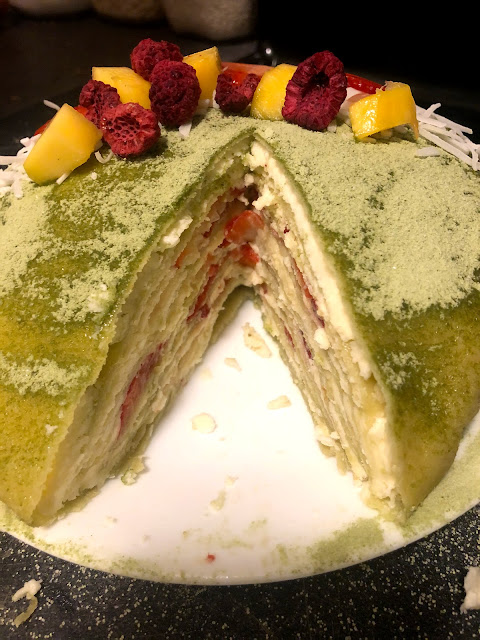