It's hard to believe that this season of Great British Bake Off is officially over! I watched the finale over the weekend and now I can definitely say that this was my favorite season ever. I loved the contestants, the challenges- everything! 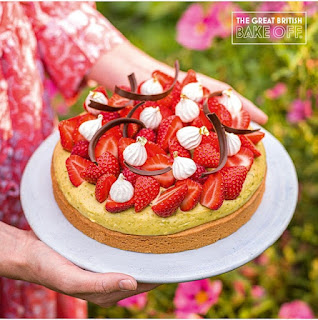 I'm getting ahead of myself though, because I'm a few weeks behind on my baking posts. Today I'll be talking about the Semi-final, which was Pâtisserie Week. The bakes in this week are all about technique and skill- it's always such a big challenge but fun to watch. The Signature Challenge was to make 8 Pâtisserie-style slices (think layered cake with different types of filling, but very fancy), and the Showstopper was a themed banquet display. They all looked amazing, and I personally loved what Juergen made! The torii gate was incredible. 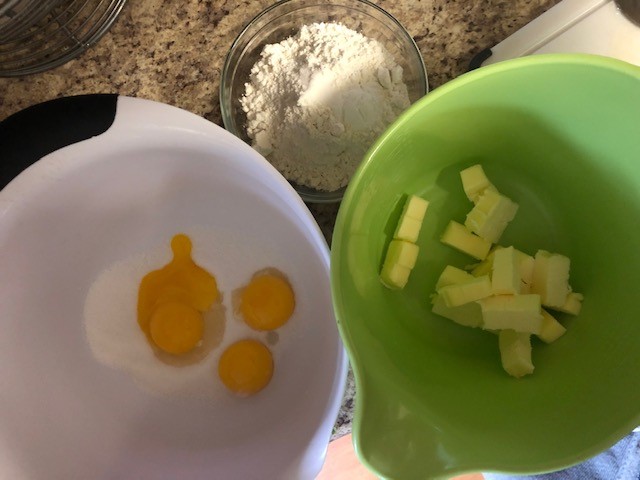 The Technical Challenge that I made was called a Sable Breton Tart, which I had never heard of before! Apparently the bakers hadn't either, because none of them really nailed it. Luckily I could see what it looked like and had the full instructions, so I was excited to give it a go. 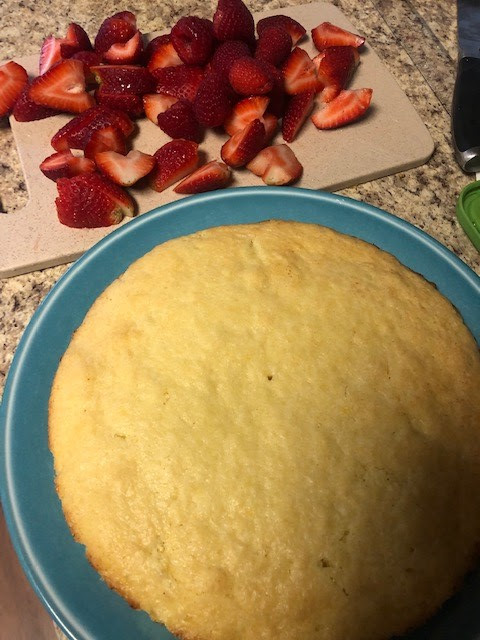 The first step was making the base of the tart, which was basically a big shortbread cookie. It was a simple process of mixing the dough, then letting it chill, then baking it in a round dish until golden brown. Once that was done, it was on to the toppings! 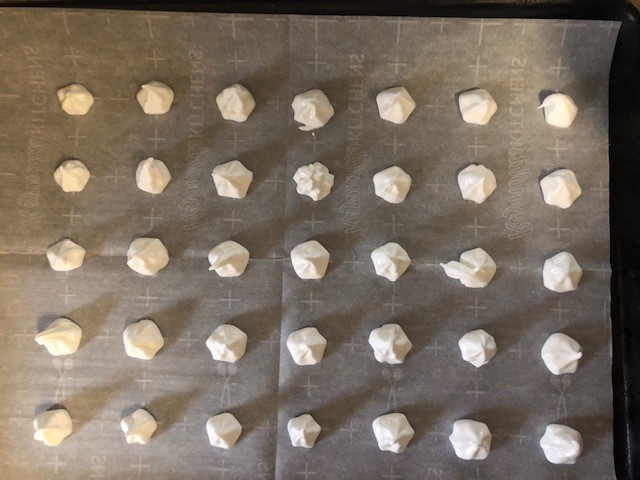 The first topping was meringue kisses, which was a pretty simple and fun process of mixing egg whites and sugar, then piping them out into small kiss shapes and baking. I think my oven might have been a little high (still getting used to it) so they started to turn a bit brown before I lowered the temperature and let them continue to cook and dry down. They came out pretty well!

I cheated a little for the next step and bought a raspberry jam instead of making my own, so all I had to make was the pistachio creme mousseline. This was really fun- a lot of the challenges I've done for the past year involve making some sort of custard, so I have that process down pat now. Once this one was done, I just added butter to make it more creamy (I guess that's what makes it a mousseline?) and folded in a pistachio paste. I didn't bother to get the pistachio extract or oil, so all I used were straight up ground pistachios and it was fine! 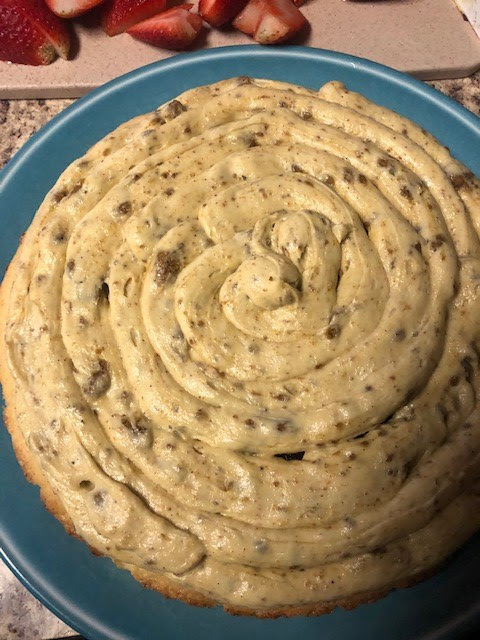 The final step was tempering chocolate (which involves melting it down and heating it to a high temperature, then immediately cooling it down) and making fun chocolate swirls! This was my favorite part and something I'll do next time I want to make a fancy cake or dessert. 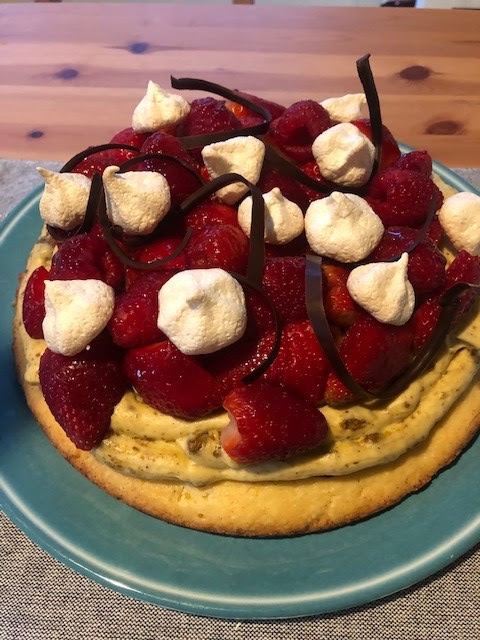 All I had to do at this point was assemble- the sable base went down first, followed by a layer of jam. Then, I piped the pistachio creme mousseline on top, and added some strawberries and raspberries. Add on the chocolate and meringue kisses and you're done! 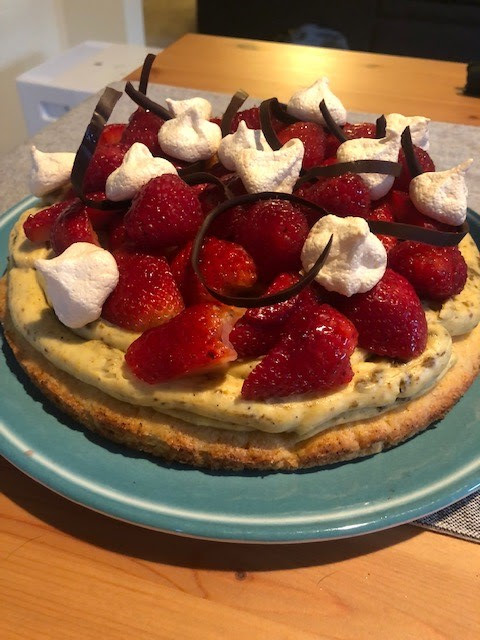