I'm a bit behind with my Great British Bake Off baking and watching, but I'm back today with Week Seven! This was Caramel Week, which intimidated me a bit because caramel is VERY hard to get right. I've only been able to make it properly once before (when I had to make sticky toffee puddings), and even then I got it wrong a few times.

The challenges for this week were tough, since we're getting towards the end of the series. The Signature challenge was caramel tart (sign me up for that!) and the Show Stopper was a domed or sphered caramel dessert. Both of these really seemed to trip up the bakers, and there were a lot more fails than usual! Even the Technical Challenge (10 caramel biscuit bars...aka a Twix) really messed them all up and there were no stand outs. 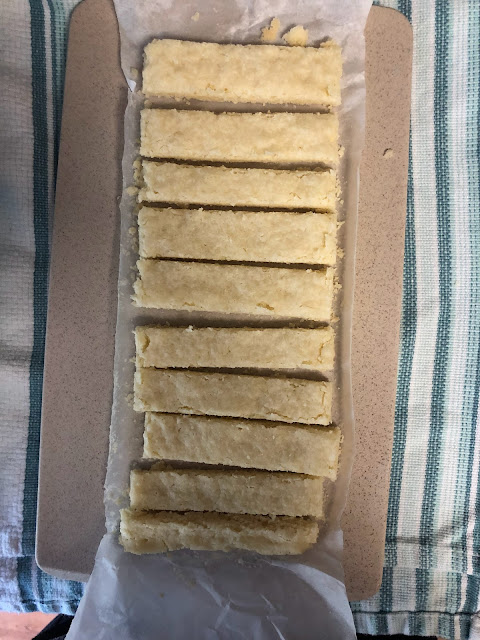 The process itself wasn't too challenging, and it mostly came down to timing it properly and making everything very neat. We started by making the shortbread biscuits for the bottom of the bars, which were rolled out and baked, then cut afterwards. 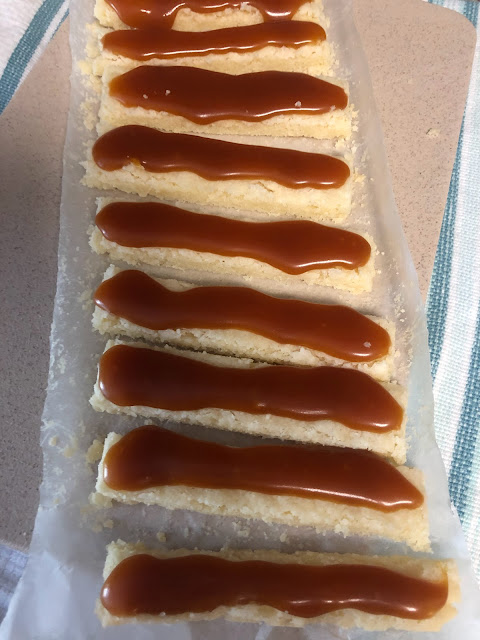 As these cooled down, I made the caramel. This was easy enough, but it was tricky judging when it was the correct consistency to be piped on the biscuit. I think mine ended up being a bit too runny, because it started to drip a bit down the sides instead of having that nice, thick strip on top of the bar. 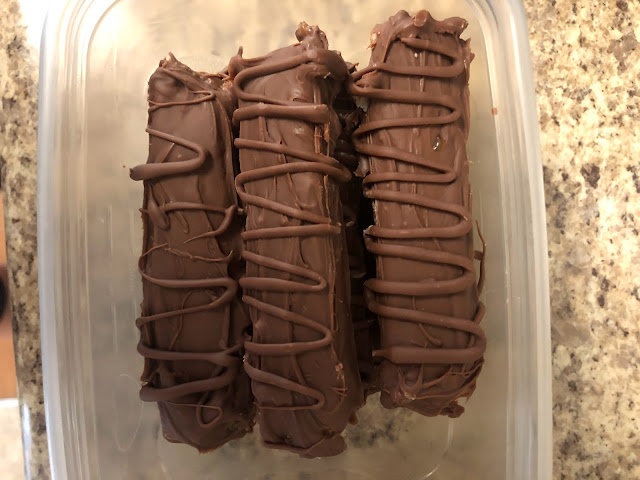 The final step was melting down some milk chocolate and coating the bars. This was a very messy process- I started by getting the bottom coated, then spooning and pouring the chocolate over the top. After this sat for a bit, I piped stripes on the top for the design. They had to cool down for a few minutes but then were ready to be enjoyed.