It's a sad time of year- Great British Bake Off is over for another year! This was my second year in a row doing all of the technical challenges, and it was so much fun again. I liked all of the variety and getting to challenge myself with different techniques and flavors that I've never tried before!

I'll be sharing thoughts on all of my bakes like I did last year, but first I have to recap my Finale bake.

The final challenge that the bakers (and I!) had to make was a Belgian bun. These look really similar to cinnamon rolls, but the filling was a homemade lemon curd and sultanas (I used raisins instead since I had some on hand). 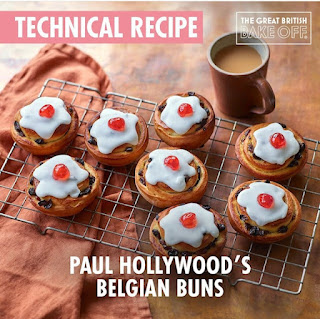 This was a pretty easy process of just making the dough, letting it rise and making lemon curd. Then I just had to roll out the dough, add the curd and raisins, roll it up and slice into individual buns. I think the challenge here was that none of the steps were written out for the bakers- they were just told to make Belgian buns! Since I had all the steps this was probably the easiest challenge this year. 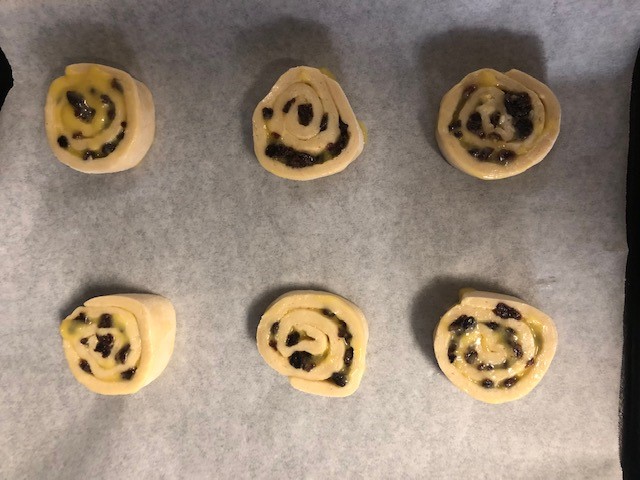 I did have an issue with my dough not rising, which I'm pretty sure is due to my yeast being very expired. I should have checked it before I started, but I was just trying to use it up. Other than that, the buns came out fine but I wasn't a huge fan of the taste. The lemon got to be overpowering by the end, and I don't really love raisins. I'll stick with my cinnamon rolls next time and get some fresh yeast! 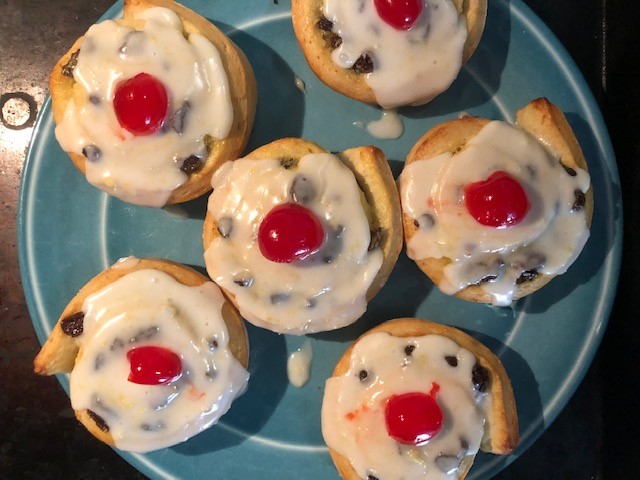 Now let's get into some awards for my bakes this year!

I really loved making this cake, and once it was done it really looked like something you could find in a bakery! Each component on its own was delicious, and put together was an amazing dessert.

These were a fail mostly because of my dead yeast, so instead of having nice and fluffy buns I was left with something that resembled hockey pucks. I also didn't love all the lemon and the raisins, so it left me disappointed that this was the final bake! I know it was the hardest for the bakers since there were no directions, but I wish it was something more interesting.

There were so many different components to this bake, and it ended up being a delicious and whimsical dessert! I've never tried anything like it but it was probably one of my favorite things I've made.

This was another fun bake to make and I really liked making my own puff pastry. The filling was also so good and these were a great snack. I also really enjoyed the red onion chutney with it as well.

I was so excited to make baklava for the first time but was left disappointed with the end product and didn't even finish it! My pan was probably the wrong size but it just seemed like the proportions of everything was off- the dough was too thick (even when I cut it down a LOT) and the nut filling was too much (even when I only added half of it). It probably also added to my disappointment that this had the most expensive ingredients. Next time I want baklava I'll just buy some from a Greek restaurant.

Which bake was your favorite?

What should I make next?!