May 24, 2016
Happy Tuesday everyone!  Today I'm going to be sharing the second part of my Belize recap.  In part one, I talked about San Pedro and the beach, and today we're going to go to the "underworld" and talk about caves!

This was actually my first experience, but Dan used to be in the caving club at Penn State!  He was really excited to explore some of the caves in Central America, particularly the ATM (which is the top-rated activity in Belize!).

Facts:
65 foot arched entrance
Man-made paths and steps take visitors through cave
During dry season, there is a small sandy beach in the middle of the cave
The entire cave is about 1/2 mile long 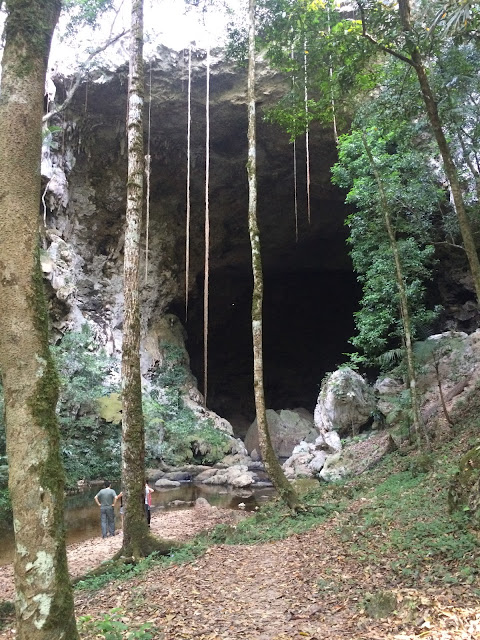 The first cave that we visited was the largest opening, and shortest in length.  It was basically a huge room where tons of tourists walked around and explored.  There are man-made paths and steps that go around the cave to help you get around easily. 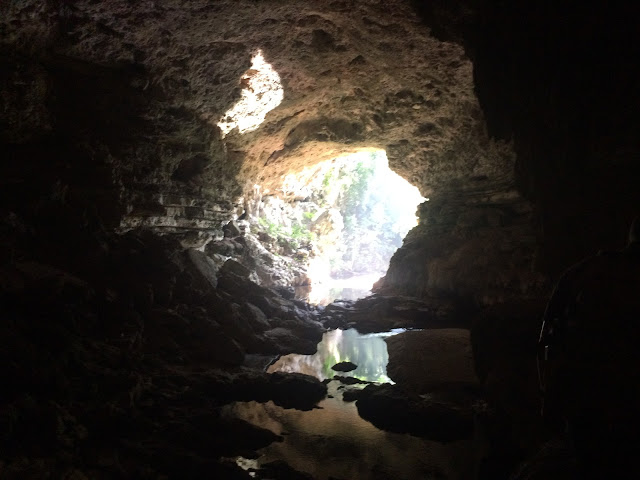 Rio Frio is a beautiful cave, and if you have a fear of small spaces or the thought of being underground freaks you out, this is the cave for you! 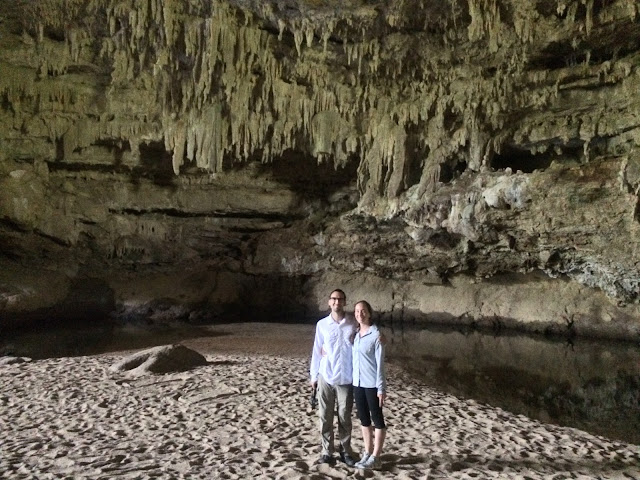 Facts:
Located on the Bogaert family farm in the Cayo District
Recently named one of the world's most beautiful and unusual caves
Mayan artifacts found in first kilometer of cave
One of the longest subterranean sites in the country of Belize 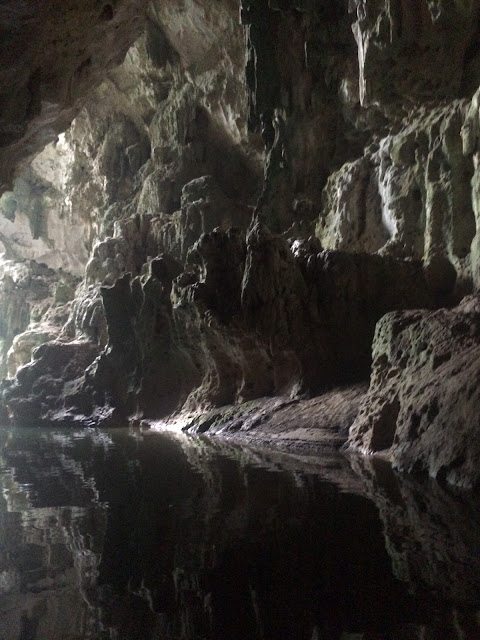 Next, we saw Barton Creek Cave.  This cave is accessible by canoe, and is really interesting.  Since we went during the dry season, the creek was relatively low and we could get pretty far in the cave.  Most of the cave is wide open, with a few smaller spaces. 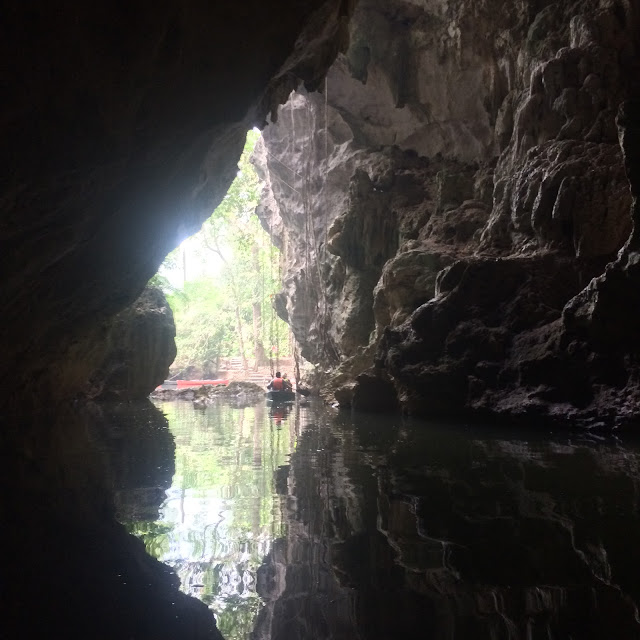 It was really interesting to paddle around inside, with just a handheld lamp to guide our way.  Inside, there are tons of bats flying around, as well as ledges where the Mayans left pottery and other artifacts.  If caving isn't your thing, zip lining is also offered at this farm!

Facts:
Stands for Actun Tunichil Muknal (Mayan for Cave Rock Tomb)
Famous for several human sacrifice remains, including the Crystal Maiden
Due to several incidents during tours, the cave is now protected and no cameras are allowed inside
Cave is approximately 3 miles long, and has a river and a dry chamber

This was the final tour that we went on during our trip, and was definitely the highlight.  I have to admit that I was terrified before we went because I heard there were some small spaces, and it was more physically demanding than any other excursion we went on.  I couldn't even eat breakfast because I was so nervous!


This ended up being one of the coolest things that I ever experienced.  Since we weren't allowed to bring cameras, we were all able to completely immerse ourselves in the experience and really enjoy it.  The experience starts with a hike through the jungle, including crossing a river three times.  Then, you jump into a large body of water and swim into the cave.  Once inside, there are areas where we had to swim, walk, climb, crawl, and squeeze.  My fear quickly went away and was replaced with lots of excitement- the cave was incredible and it was so different than anything I've ever experienced before.


If you're thinking about going on the ATM Cave tour (or any other cave tour), I would highly recommend doing it. I almost let my fear hold me back from going on these, but it ended up being some of the best experiences of my life!  The things that you see in caves are unlike anything you'll see in your life.  You won't regret going- I promise!

Have you ever been in a cave before?
What's the scariest/coolest adventure you've had?
What's the best trip that you've ever been on?