March 23, 2017
Hi everyone!  Training is almost over and there are only 5 weeks until race day.  It's so hard to believe, and I almost skipped this update because I haven't been feeling that positive about training lately.  But, it's a new week and I'm going to look forward (by first looking back).  I've had 15 tough weeks of training so far, so I know that I can still reach my goal!  I'm not going to let a little shoulder stop me!

I'll be going through the past five weeks of training (the good and the bad) and talk about what I'll be working on for the final stretch of training.  This is also the last that I want to talk about my injury, because even I'm getting sick of hearing me whine.  Just a warning that I talk about it a lot in this post, but after this it's time to move on. Let's get into it!

I started training by following Kara Goucher's Half Marathon Plan, which I really liked.  After a few weeks, I switched over to a marathon training plan that's focused on breaking four hours.  The only thing that I've modified is switching up the speed work.  I'll incorporate some of the speed work in Kara's plan with the speed work in this plan and it's working out really well.

I like how in the marathon training plan, there are a lot of workouts done at marathon race pace.  I'm starting to get really comfortable running a lot of miles at this pace, and I know it'll help my confidence on race day.

In this section of training I also finished my longest training run/race ever- 20 miles at the Spring Thaw!  It was a great race and I was happy with how it went. 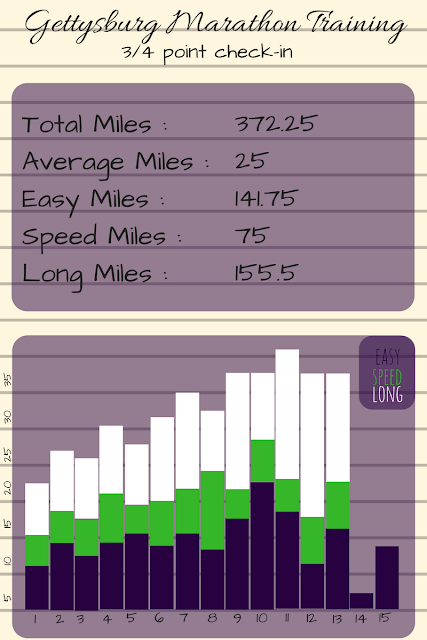 I started out this section of training really strong, and here is what worked for me: 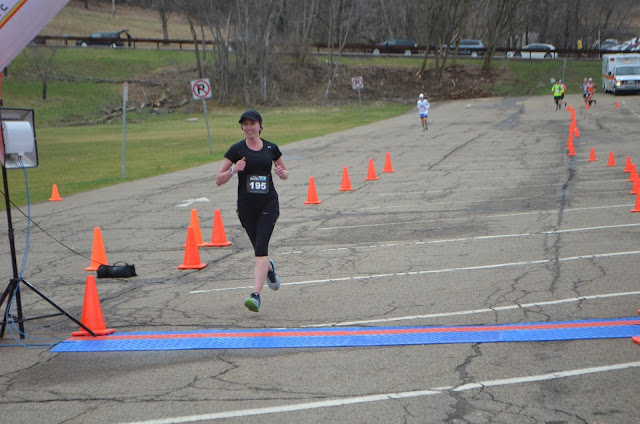 I don't think it's any surprise what went wrong this quarter and what I want to work on, but I'll still list it out:

My next race is the Gettysburg Marathon!  It's what I've been training for and I'm nervous and excited about race day.  I'm going to focus on staying healthy and strong so that I can get to the starting line injury-free.  I might have to re-think my goals (which I'll share right before the race), but for now I want to train as hard as possible!

What races do you have coming up?
linking up with Annmarie, Nicole, Michelle, and Jen for Wild Workout Wednesday and Amanda for TOLT
gettysburg