February 14, 2020
Hi everyone and happy Friday (and Valentines Day!). Today I'm going to be sharing the next part of my trip to Portugal- the last time we left off I just got done drinking my way up and down the Douro river in the beautiful wine region. Our next stop was in Lisbon, but before that we wanted to stop in the nearby town of Sintra. 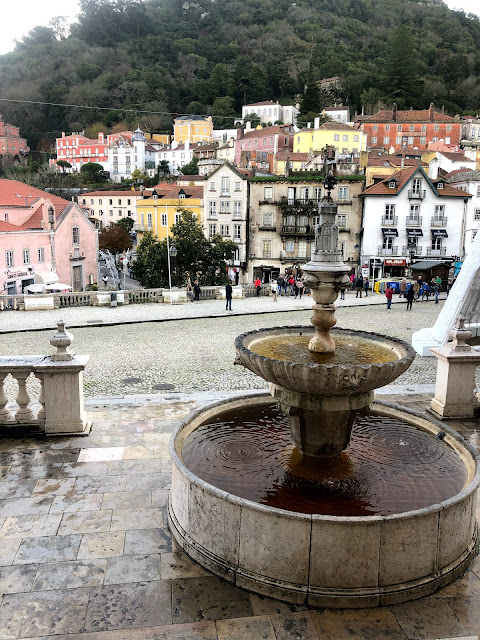 I heard a lot about Sintra before the trip and knew I had to squeeze in a stop there. Luckily, it's located about a half hour from Lisbon and was an easy drive (apparently it's also a quick train ride, which would make it an excellent day trip if we had more time!). Known for its picturesque hills and lavish palaces with over the top gardens, it's been considered a UNESCO World Heritage Site since 1995. 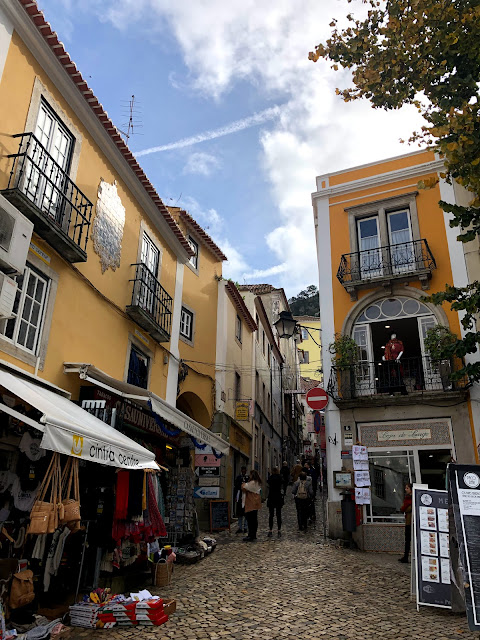 After parking near the Sintra train station, we grabbed some food and coffee at the first cafe we saw (I got a Portugese specialty called pasteis de nata, which is a custard tart) and set out for a hike around town. 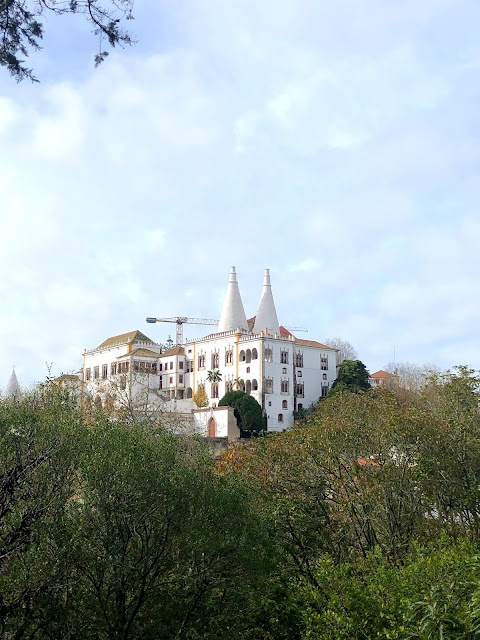 Our first stop was at the Sintra National Palace, also known as the town palace. The building is bright white, with two cones shooting into the sky which make it a very unique building. The palace was inhabited from the 15th century up until the late 19th century, helping to make it the best-preserved medieval royal residence in Portugal. 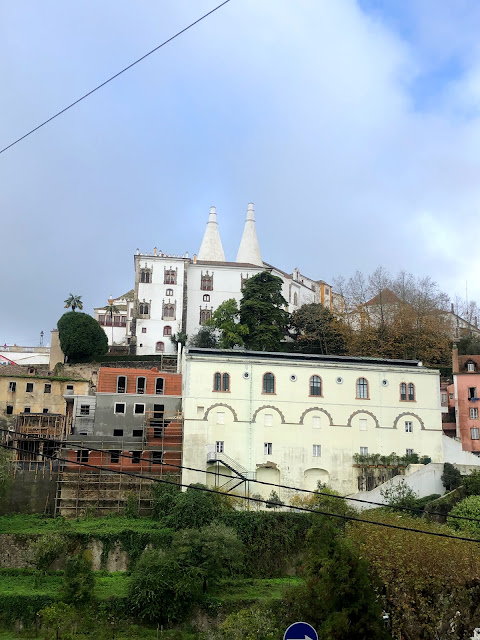 Following the main road up a steep hill, we made our next stop at the Quinta da Regaleira. I heard that this was the most beautiful landmark in Sintra, so I knew this would be the place that we would pay to check out (the others we just saw from the grounds). It was definitely worth the money, and completely took my breath away! 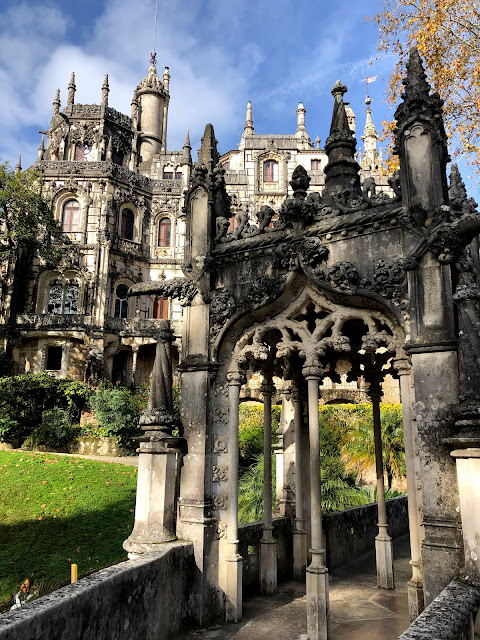 The main highlights of the quinta are a palace and chapel, but the real reason to visit is to see the lavish gardens. I felt like I escaped to a fairy land as I made my way through hidden passages, secret entrances, and wandered through caves and ponds. Another cool feature was the Initiation Well, which is basically an inverted tower. The wells were never used for water, but instead were used for ceremonial purposes like Tarot initiation rites. 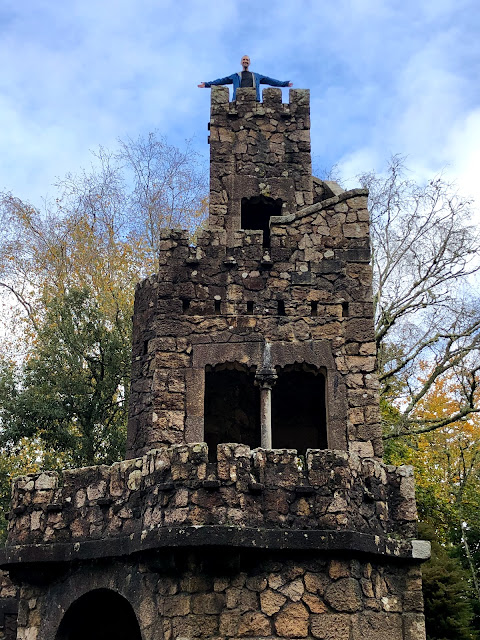 The palace itself was so beautiful and ornate. Every single inch of the building and interior was delicately carved and decorated, and it was almost too much beauty to take in! My favorite parts were the large stone fireplaces, and the amazing balconies. It's hard to believe, but this actually served as a private residence up until 1987, and only became open to the public in 1998. I can only imagine the kinds of parties that were thrown here! 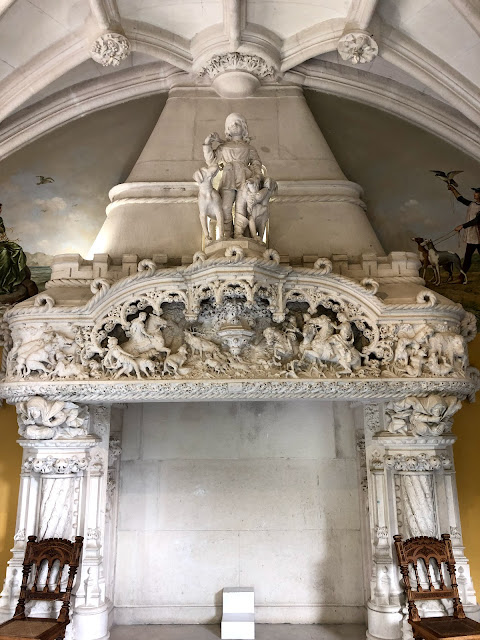 After leaving the Quinta, we wandered around the streets a bit longer on our way back to our car. It seemed like everywhere we turned there was something to see, from the ruins of the Moorish Castle on top of the hill to small cafes and alleyways. It's such a beautiful area and I wish we had more time to see everything! Unfortunately, it was time to head to our final stop in Lisbon, which will be my final post in this Portugal series! 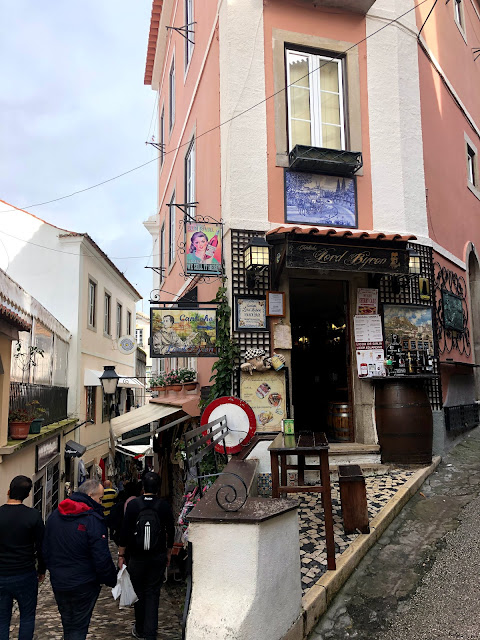