June 21, 2020
This week was definitely a different one for me- I finally ventured out to my first restaurant (outdoor seating and lots of precautions in place), and also took a little day trip. It was also the first time I celebrated Juneteenth- a day that celebrates the freedom and emancipation of those who were enslaved in the United States. This week definitely felt like a step in the direction of what the new normal will be, in more ways than one. Here's a look at how my workouts were this week-

4.5 mile Bike
Spin around the neighborhood during lunch. I've been tracking my rides, and I'm getting faster which is really exciting! It's nice to see some improvement.
20 min Restorative Yoga with Kristin
My favorite, especially after having a particularly stressful day at work and a bad night of sleep the day before. This was definitely needed and felt so great to get into such relaxing positions. Highly recommend if you need to just chill. 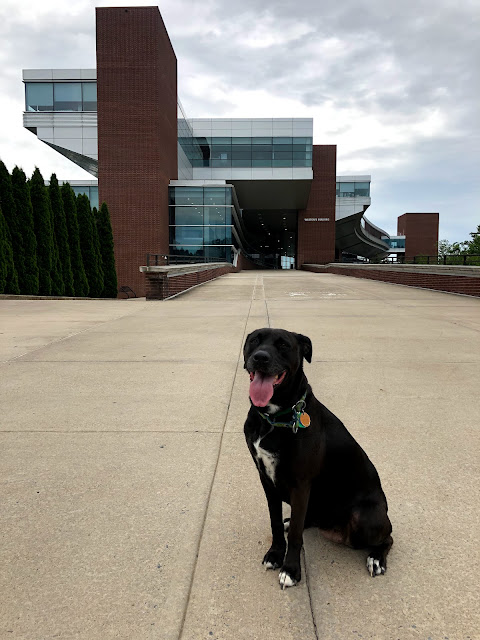 Dan and I decided to take a day trip up to Penn State. We started the day with a hike at Alan Seeger Natural Area in Rothrock State Forest, then headed up to the university. It was so fun to walk around campus and relive our glory days- especially because there was hardly anyone there! Selma came with us as well and we had a a great time. We needed a little vacation!

15 min Low Impact Ride with Emma
I saw that Emma posted a Disney themed ride, and I had to take it. It felt great to shake out my legs after walking so much and sitting in the car for a lot of the day. Plus- the playlist could not be any better! I followed this up with a quick post-run stretch.

20 min Country Fun Run
I was feeling kind of sluggish and having a stressful work day, but I decided to get out at lunch for a quick run. It turned around my mood and I loved this playlist! 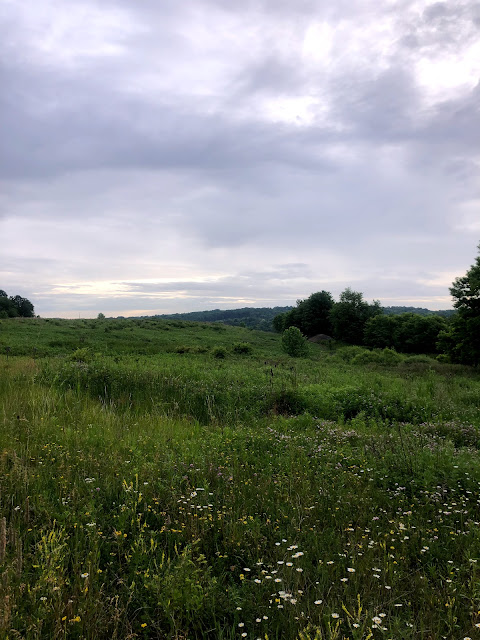 I joined the North Park Trail Runners for an early morning run. It was nice to have a course mapped out and I just had to follow the people in front of me. The run was lots of fun with some big hills- I'll definitely be back.
30 min Juneteenth Ride with Tunde
My work recognized Juneteenth as a holiday and gave us the afternoon off- which was great because I could join Tunde's afternoon ride- one part of a series Peloton held in honor of this day in history. This was a great class, with a lot of Tunde's personal anecdotes of growing up being a first generation American and having parents from Africa. She also talked about the history of the day, and had an amazing and powerful playlist (including a newly discovered favorite- Ball of Confusion by the Temptations).
30 min Slow Juneteenth Flow with Chelsea
WOW- this practice was SO hard. The theme was delayed freedom (obviously in reference to the holiday), and was all about pushing your body to hold a position until it was almost too much- and then releasing it. This was really difficult but I loved how Chelsea walked us through everything.

30 min Juneteenth Run with Chase
I had to finish up my Juneteenth celebration with a run led by Chase. This was really a history class told through music, going through the entire Civil War, Emancipation Proclamation, and aftermath of slaves being "free". There were a couple of really emotional and powerful moments- like when Chase told us about the Black men and women running for their freedom and told us run side by side with them. This was a really great class and I think everyone should at least listen to it!
13 mile Bike 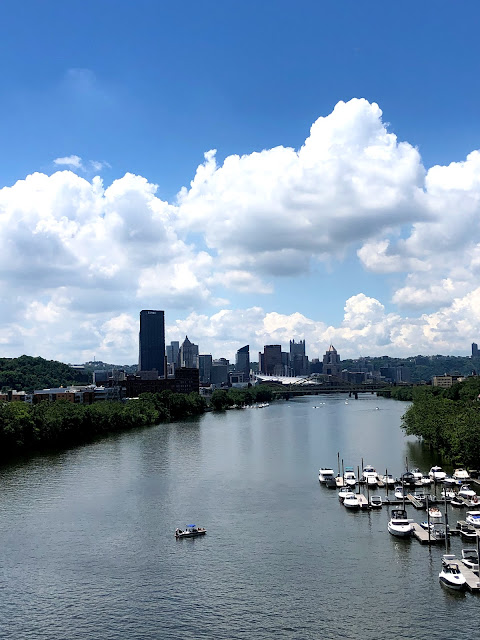 Dan and I decided to go on a bike ride to the winery (our first time going back since they opened back up!). We parked at the end of the trail down the Ohio River, biked up to Millvale, and across the 31st Street Bridge. After having a glass (or two..) of wine outside in the beautiful sun, we biked back to the car. It was so much fun to be out, and I felt lucky that our city has so many bike trails and lanes on the road! 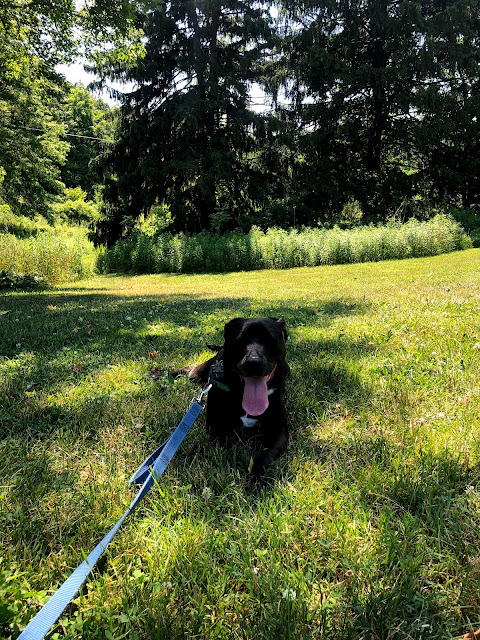 It was such a hot day, so I decided to take Selma on a hike instead of going for a long run. We headed to Beechwood Farms and did an out-and-back on the Old Squaw Trail. This was a great trail with a few sections you could let your dog off leash, as well as a few creek crossing. Nice and easy, but we were both exhausted by the end- the heat is NO joke.
training