A New Year and New Goals

Happy New Year everyone! I hope that your year is off to a good start so far- to me it doesn't really feel like anything's changed since I'm still staying in and will be working from home for the foreseeable future. But, I already have lots of goals and plans for the year ahead. 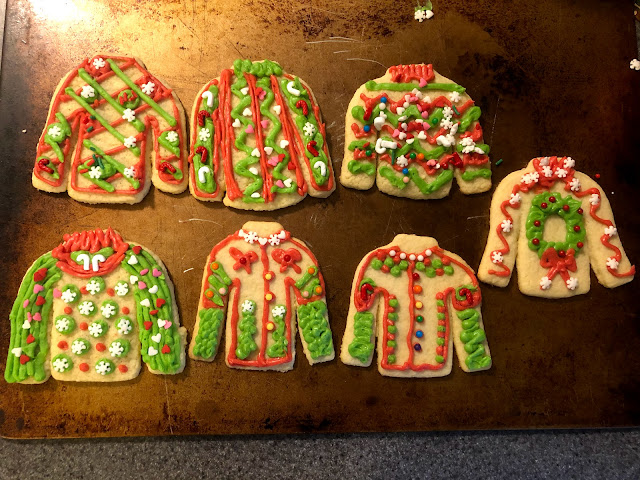 First let's start with a highlight of December, which is an "Elf Exchange" that a group of my friends did. During the month, we each had to drop off a beer and festive treat at everyone's house. Some people also did little surprises, like a tie-dyed sweatshirt with a little black dog printed on it. It was such a nice surprise to know my friends were thinking of me even if we couldn't get together like we usually do. 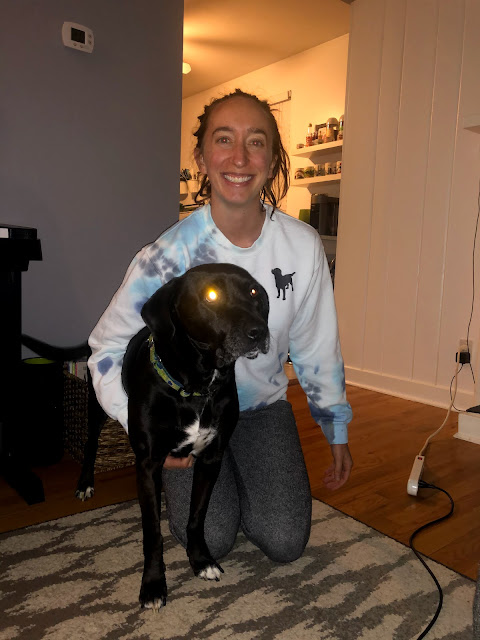 For my surprise, I got a mixed pack of holiday beer from Saranac and picked out what each person would like the most, and then made a few different kinds of Christmas cookies and truffles (you can see the "ugly sweaters" above!). I also included a little handmade card in each package.

Next up let's talk about my December goals!

For the most part, I did complete this. Here's a breakdown of everything I set out to do- 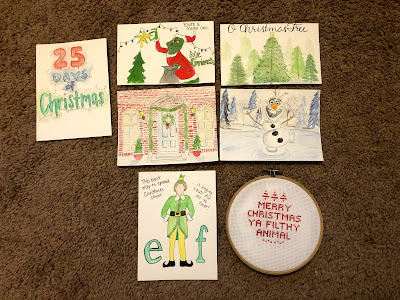 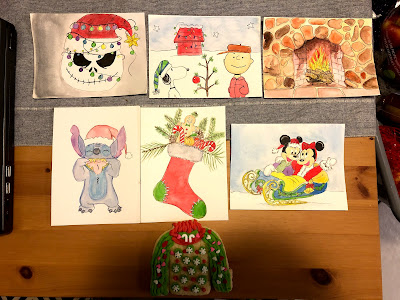 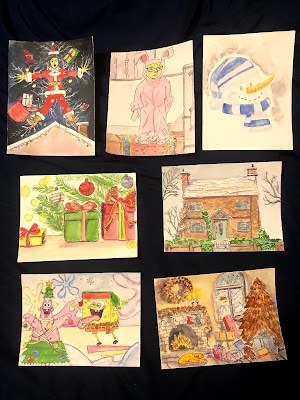 I finished this and it was so much fun! I did an art project every day from December 1 to 25 and posted them all on Tik Tok. The majority were watercolor paintings, but I also did a cross-stitch sign, made ugly sweater cookies, and had an epic cheese plate for Christmas Eve. It was a really fun (and challenging) project for me to do, but I got so much better and more comfortable with painting by the end! It was so nice to see some improvement from my first piece to the last.
Now that we're in a new year, let's kick it off with some goals-

Usually I do a Dry January, but like I said in my Best Purchases of 2020, local beer and wine is what's been bringing me a bit of joy during the pandemic. So, instead of getting rid of that, I decided to cut out dairy from my diet in January. Even though I still mostly eat plant-based, I've definitely added more and more dairy to my eating in the past year. It's been fun to make cheese plates for dinner, bake a lot more, and make more decadent foods in general. But, I haven't been feeling my best and I'm wondering if dairy has something to do with that. So, I'll be cutting it out this month and will see if it makes a difference!

This is a challenge that I've done the past few January's and has been a great way to kick off the new year! Basically, on January 1 you get rid of 1 item. January 2 you get rid of 2 items, and on and on. I'm looking forward to clearing out some of the junk I've accumulated!

Try All the Signature Series

For my fitness challenge this month, I thought it would be fun to try out all of the Signature Series that the instructors have on Peloton. I've tried a few of these already- the Jess King Experience, XOXO Cody, and Movie Buffs (among others). I like how these are different from the regular classes and show off the instructor's personalities a bit more! Here's a list with all of the series if you want to play along as well.
I also wanted to share some annual goals that I have, which will hopefully be updated each month-

Dan and I are just about ready to sell our house and move somewhere new, so my goal for this year is to either actually move, or have the pieces in place to get ready to. This is part of the reason why I'm doing the Mins Game as I mentioned above, but I also want to sell some of our furniture, get rid of clothes that don't fit anymore, and do any projects that I've been putting off.

I love music, and usually have music playing in the background on my Echo every minute that I'm awake. Elsie from a Beautiful Mess does a music challenge every year where she writes down different artists and every weekend picks one to listen to on their record player. I decided to use that idea and write down the top 100 albums of all time (via Rolling Stone). It'll be a fun way to discover some of the classics, or listen to some music that I already know and love.
What are your goals for the month or year?
goal