March 16, 2017
I have been reading so much lately, and wanted to share my recent reads with you all today.  I hope you find a few new books to read, and please leave me your suggestions for what I should read next in the comments!


Today Will Be Different by Maria Semple
Eleanor knows she's a mess. But today, she will tackle the little things. She will shower and get dressed. She will have her poetry and yoga lessons after dropping off her son, Timby. She won't swear. She will initiate sex with her husband, Joe. But before she can put her modest plan into action-life happens. Today, it turns out, is the day Timby has decided to fake sick to weasel his way into his mother's company. It's also the day Joe has chosen to tell his office-but not Eleanor-that he's on vacation. Just when it seems like things can't go more awry, an encounter with a former colleague produces a graphic memoir whose dramatic tale threatens to reveal a buried family secret. 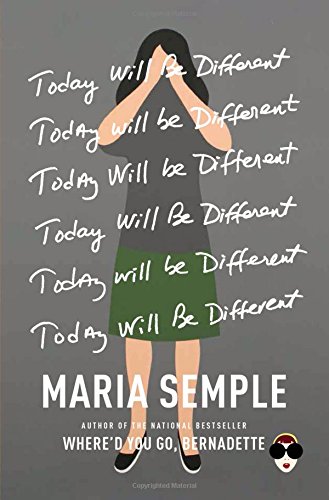 My Thoughts : I started out really liking this book and it went downhill really quickly.  At first, it was exciting trying to figure out what the husband's secret was.  It ended up being a really weird and not interesting twist, and I found myself not wanting to finish the book after that.  I won't give the twist away, but I wouldn't recommend you waste your time on this book.
Rating : 4/10
Read If... : you can only read half a story.  I liked the first half!


The Couple Next Door by Shari Lapena
Anne and Marco Conti seem to have it all—a loving relationship, a wonderful home, and their beautiful baby, Cora. But one night when they are at a dinner party next door, a terrible crime is committed. Suspicion immediately focuses on the parents. But the truth is a much more complicated story. Inside the curtained house, an unsettling account of what actually happened unfolds. Detective Rasbach knows that the panicked couple is hiding something. Both Anne and Marco soon discover that the other is keeping secrets, secrets they've kept for years. What follows is the nerve-racking unraveling of a family—a chilling tale of deception, duplicity, and unfaithfulness that will keep you breathless until the final shocking twist. 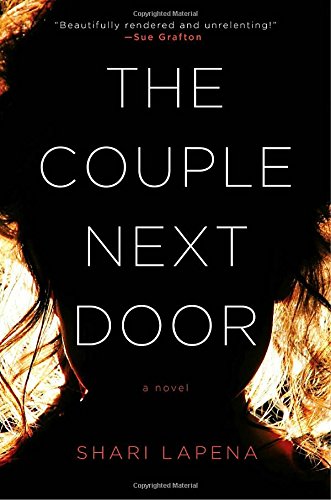 My Thoughts : This had lots of twists and turns and kept me guessing the entire time.  I couldn't put this down right from the beginning, and kept my interest the entire time.  There were a few loose ends by the end of the book and I was confused at times, but overall this was a great read.
Rating : 7/10

Read If... : you like mysteries with a lot of twists

Ready Player One by Ernest Cline
In the year 2044, reality is an ugly place. The only time teenage Wade Watts really feels alive is when he's jacked into the virtual utopia known as the OASIS. Wade's devoted his life to studying the puzzles hidden within this world's digital confines—puzzles that are based on their creator's obsession with the pop culture of decades past and that promise massive power and fortune to whoever can unlock them.  But when Wade stumbles upon the first clue, he finds himself beset by players willing to kill to take this ultimate prize. The race is on, and if Wade's going to survive, he'll have to win—and confront the real world he's always been so desperate to escape. 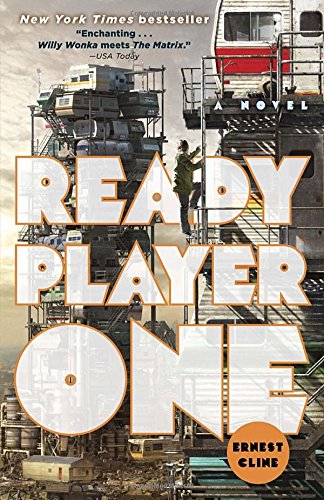 My Thoughts : This seriously has got to be one of my favorite books of all time.  I absolutely loved it...It's so interesting and exciting!  A movie is being created based on the book, and I can not wait for it to come out.
Rating : 10/10
Read If... : you're into Black Mirror or like to think about the future of technology


Watchmen by Alan Moore
Considered the greatest graphic novel in the history of the medium, the Hugo Award-winning story chronicles the fall from grace of a group of super-heroes plagued by all-too-human failings. Along the way, the concept of the super-hero is dissected as the heroes are stalked by an unknown assassin. 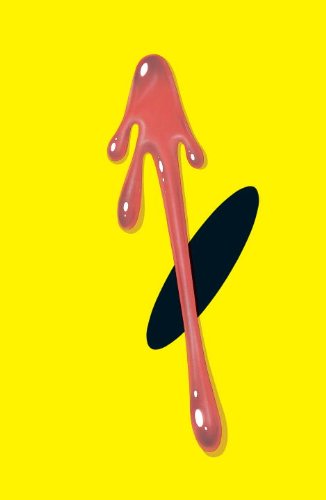 My Thoughts : This was my first graphic novel that I've ever read, and it was kind of hard to follow and get into.  I read it as part of my 30x30 challenge, but it wasn't a favorite for me.
Rating : 5/10
Read If... : You're into action hero movies or like to read comics

Open by Andre Agassi
Andre Agassi had his life mapped out for him before he left the crib. Groomed to be a tennis champion by his moody and demanding father, by the age of twenty-two Agassi had won the first of his eight grand slams and achieved wealth, celebrity, and the game’s highest honors. But as he reveals in this searching autobiography, off the court he was often unhappy and confused, unfulfilled by his great achievements in a sport he had come to resent. Agassi writes candidly about his early success and his uncomfortable relationship with fame, his marriage to Brooke Shields, his growing interest in philanthropy, and—described in haunting, point-by-point detail—the highs and lows of his celebrated career. 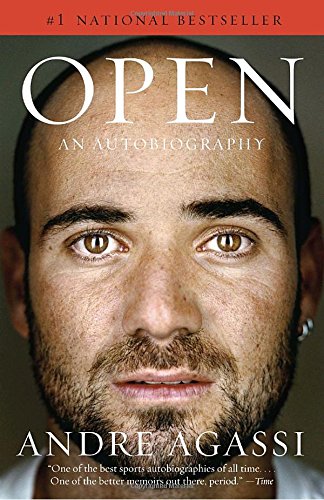 My Thoughts : This is also one of my favorite books that I've ever read.  I love reading autobiographies and watching documentaries, particularly about athletes.  This one is written by Andre Agassi and followed his life from the first time he hit a tennis ball until he retired.  It's such an interesting story, even if you don't like tennis, and Agassi (or his ghost writer if he had one) is a fantastic author.  The book is hilarious, heart breaking, fast-paced, exciting, and an easy read.
Rating : 10/10
Read If... : You like reading (auto)biographies, enjoy sports stories, like tennis, or want to read an inspiring story.


What are you reading?
What's your favorite autobiography of all time?

linking up with Amanda!
note- post contains affiliate links to Amazon.  Thank you for your support!
books