Hello everyone! It's week two of Great British Bake Off and the theme is Biscuits! I was super excited to hear that because cookies are one of my favorite things to make, and I always love all the creative things the bakers make during this week. 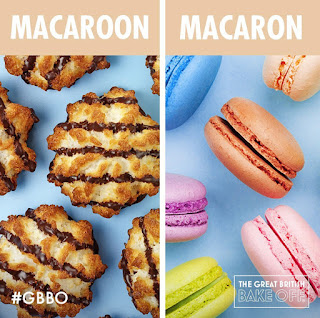 As always, the week was divided into three challenges- the Signature was for 36 chocolate florentines, a technical (which I'll discuss below) and the showstopper was 3d biscuit table settings to represent a memorable meal they had in the past. There were so many beautiful and intricate displays! If I were to do the challenge, I would probably pick a meal that I had in Japan. There were so many memorable things that I ate, and I remember how gorgeous and unique each plate, bowl, spoon, cup, and chopsticks were! 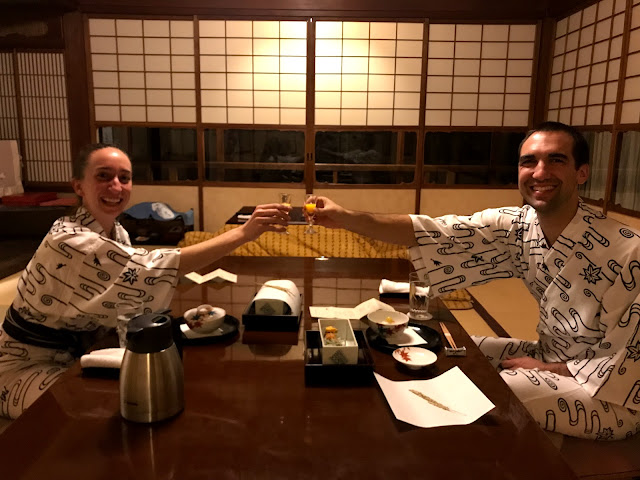 For the technical, the bakers made 12 hand-shaped coconut macaroons. Half were filled with mango curd, and the other half with chocolate. This is another dessert that I might have had before but definitely have never attempted to make! I was excited to try, and got started on a drizzly Sunday morning. 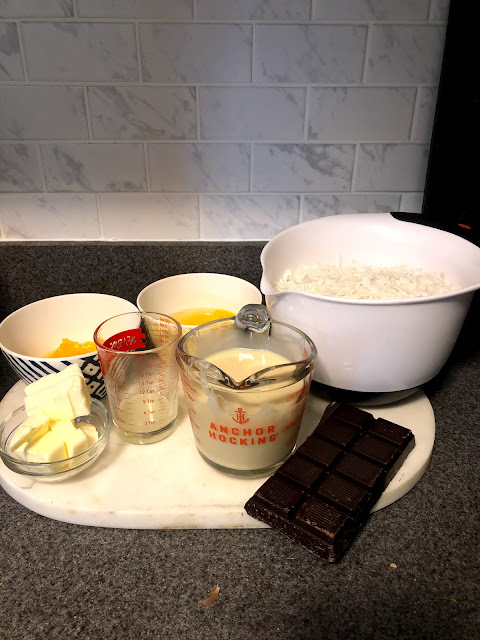 I measured out all of my ingredients (pro tip- when you're baking or cooking, it's always easiest to measure out everything before you start! That way, you can just dump everything in quickly instead of digging around while your caramel burns) and started to make the mango curd. My fresh mango wasn't ripe yet, so I had to use frozen instead. I'm not sure if this is the reason why or if the recipe was just written wrong since I noticed a lot of comments on the Instagram post, but this was not good AT ALL. Someone described it as a savory mango egg dish and that's exactly how it tasted! 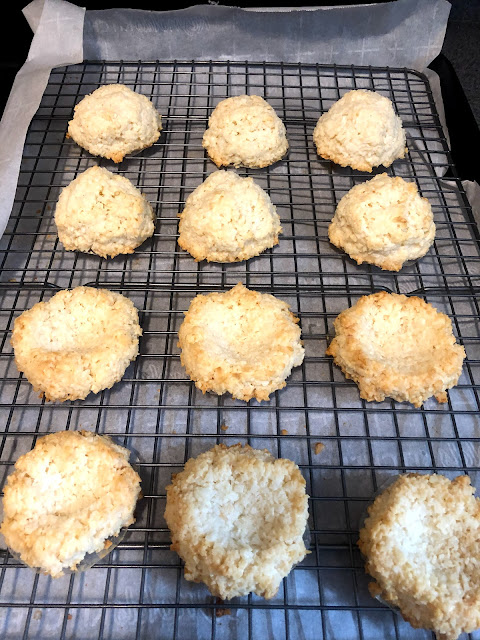 With that disaster out of the way, I got started on the actual macaroons. This was a pretty simple process of mixing coconut with condensed milk, almond extract, and rice flour, then folding in whipped egg whites. Once this is all incorporated, we form the macaroons- adding a piece of chocolate to half and leaving a divot in the other half for the curd.

The recipe mentioned forming the mounds on top of a circle of rice paper- I must have had the wrong kind because when I ate the cookie it just tasted like a piece of plastic on the bottom, and when I watched the episode later it looked like their paper was super thin. Luckily it didn't affect the taste at all so I was able to peel off the paper and serve regularly! 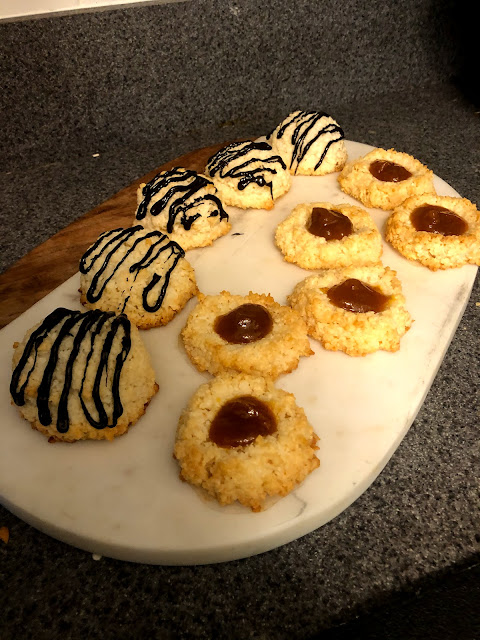 Once the cookies were nice and crisp on the outside, I took them out. The chocolate filled ones were topped with more chocolate, and I decided to switch the gross mango curd for pumpkin butter which gave these a delicious and festive taste!

Two weeks down- still not exactly Star Baker worthy but I think I'm still in the mix! Next week is Bread Week which I'm honestly pretty intimidated by...so we'll see if my streak continues.
GBBO