Good morning!! It's been a minute since I've had a goal post (or even gave myself structured goals), but I'm finally feeling settled in our new home in North Carolina. I didn't want to push myself to do too much and burn out (which unfortunately is a very common thing for me..downfall of being an Enneagram 7) but I'm ready to get back to having a routine and things to work on. 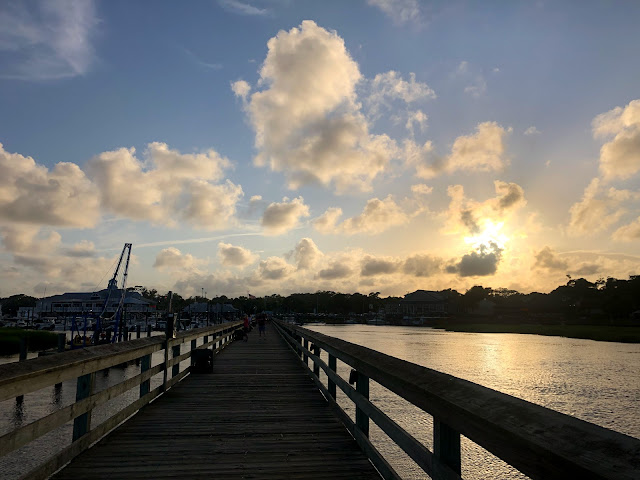 There are so many things that I could have as my highlight of July, from exploring our new town to making new friends, but it was probably going to Myrtle Beach with my family for a week! I don't know if we've all spent that much time together since I graduated college, and we got to have a lot of fun together. Plus, I got to spend a ton of time with my nephew and even got him to say my name (I had him call me GG since that's easier to pronounce than Gretchen). It was a great trip!

Now let's see how my annual goals are doing! 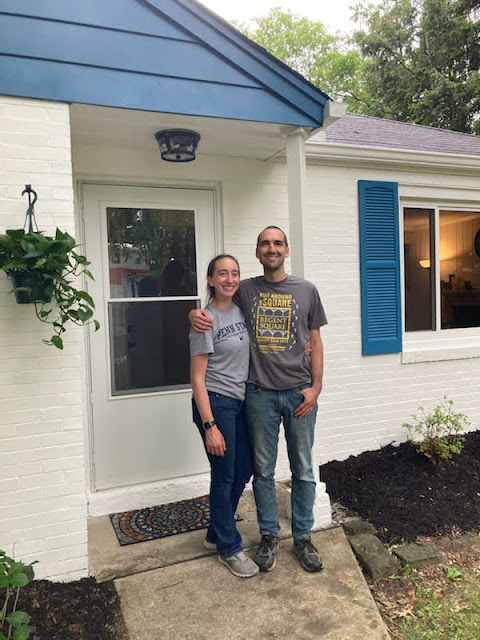 I can officially say now that we've sold our house! We closed on July 19 and luckily everything went really smoothly and the timing was perfect! We listed the house the day that we moved out to drive to North Carolina and had showings immediately. We got a couple of offers right away (not as many as we expected, but as one of my friends who just sold a house reminded me- all it takes is one offer!), and only had a few minor things come up in the inspection. We were able to do everything from North Carolina thanks to using Docusign for almost everything, and only needed to get a few papers notarized and mailed back. All in all it was much easier and quicker than I expected, probably because we had the most amazing real estate agent! If you're also selling or buying I would definitely recommend Sean and would happily refer anyone interested.

Each weekend I picked out a different album to listen to (based on this list from Rolling Stone) and it's been a great way to discover new (to me) music and have a "soundtrack" for the weekend. So far I listened to (new ones from last month in bold)-
Kid A by Radiohead
Purple Rain by Prince
Thriller by Michael Jackson
The Low End Theory by a Tribe Called Quest
Who's Next by The Who
The Doors by The Doors
Revolver by The Beatles
To Pimp a Butterfly by Kendrick Lamar
I Never Loved a Man the Way that I Love You by Aretha Franklin
Born to Run by Bruce Springsteen
Funhouse by The Stooges
VooDoo by D'Angelo
Reasonable Doubt by Jay-Z
The Rise and Fall of Ziggy Stardust by David Bowie
Paid in Full by Eric B. and Rakim
Kanye West - College Dropout
The Band - Music from Big Pink
Sly and the Family Stone - There's a Riot Goin On
Lucinda Williams - Car Wheels in a Gravel Road
Unfortunately I lost my list when we moved, so I need to make a new one (or just pick random albums from the list. More to come in August hopefully!
Here are my goals for August-

Visit all the Parks in Apex 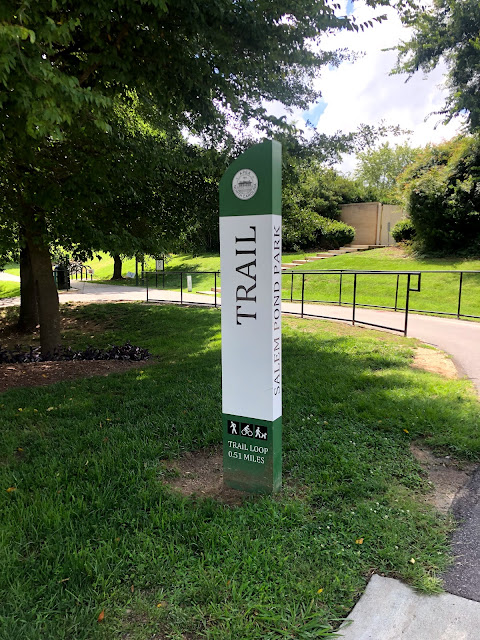 I shared this on Instagram, but one of my goals for the rest of the year is to visit all of the parks in both Cary and Apex. Since there are a lot less in Apex, and that's the town I live in, my goal is to finish off that list in August. So far I've visited seven of the parks and have four to go (which includes smaller neighborhood parks).  I have a fun post planned when I cross them all off so be on the lookout for that!

As everyone probably knows, it's not easy to make friends as an adult! Even though everyone we've met has been incredible friendly and nice, it's been a challenge to go from chatting to actually making plans and hanging out. Luckily I've been able to make some friends at the run club I go to on Wednesdays, but also want to branch out and make friends with different interests! I joined a few groups on Meetup and have RSVP'ed to a couple of events in August, so I'm putting this out there so that I actually go through with them. I'll definitely report back and will hopefully have good stories to share.

Fun part of moving is finding all new doctors and providers. I finally got to the point back in Pittsburgh where I really liked all of my doctors and was regularly going to appointments, so finding new ones is going to be a challenge! I'm hoping this month to set up some initial appointments and have one more item crossed off my move-in list.

Paint n' Picnic Once a Week

I finally upgraded some of my paint supplies and got a sketchpad and new brushes! I've wanted a spiral bound pad that I can take out and paint on the go, so now I want to make it a habit to go somewhere beautiful, bring a little picnic, and paint once a week. Even if I don't create masterpieces it'll be fun just to try something new!
What are your goals for the month?
How has your summer been?
goal