Another week has gone by and August is just about over. Summer is coming to an end! I'm not really sad about the high temperatures going away..as much as I love the sun and the heat I'm ready for a few cooler mornings at least! I trudged through my workouts this week, getting in a good variety. Here's how it went- 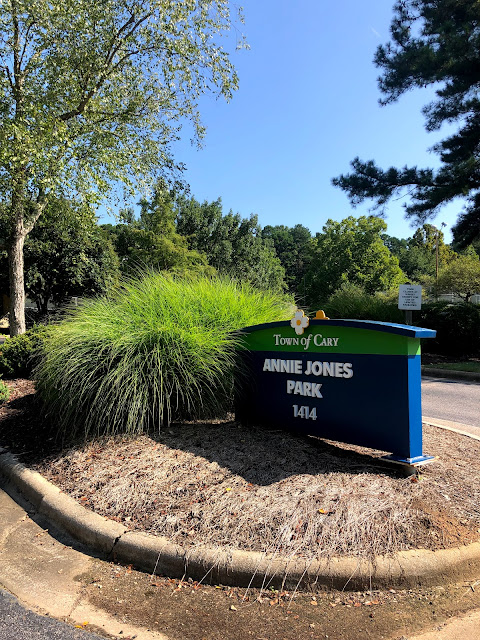 Ventured away from my normal route to hit the streets and check out a park right by my apartment. There's also a greenway that connects it to the main road that I always pass and I finally got to run on it! Very nice park and path, and there was a working water fountain that definitely saved me in the middle of the run. 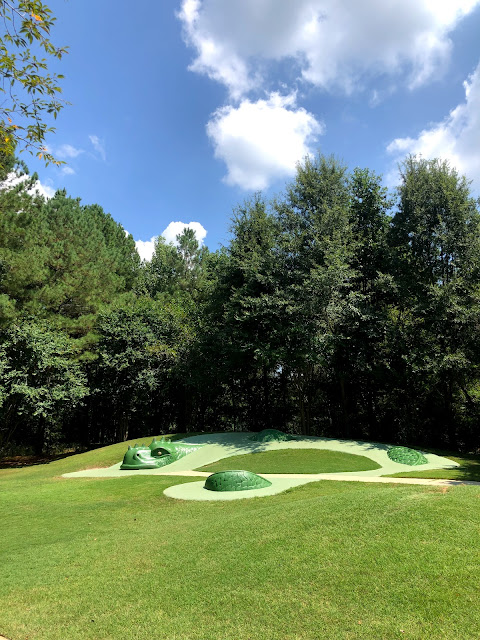 Crossed off two more parks at lunchtime on my short bike ride. There's a greenway that connects two parks in Cary, so I went to check it out! I think it would have been better as a walk or run- the road was very steep and curvy, so most of the time I was on the brakes or pedaling like crazy to get up hills. I also went through a few neighborhoods that had bike lanes which was the best part of the ride! 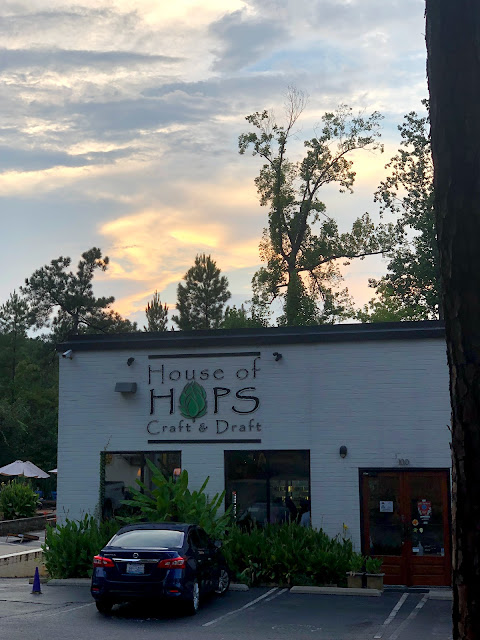 Run Club with Char! It had just got done raining, so the air felt very thick and I was not feeling great on the run. It was one of those runs that as soon as we had to stop to cross the street or wait for a light I felt like I was going to throw up. Not good! We were originally aiming for 4.5 miles, but shortly after we hit 4 we both decided to just walk back.

60 min Bike
Put together a few classes for a longer bike ride today, as well as listening to some podcast. Just wanted to move my legs a bit since I was still pretty sore from yesterday's run. I also followed this up with a quick yoga stretch.

2 mile Walk
Nice long walk before work today with Selma. Brought along my coffee and listened to a guided Peloton walk, followed by a podcast. Beautiful morning!

3 mile Run
This was one of my the first runs in a while that I listened to a podcast! I used to do that all the time, but lately usually do the guided Peloton runs. I tried to keep my pace easy enough that my heart rate stayed low and ended up feeling great the entire time. After I finished running I walked for about a mile to cool down. 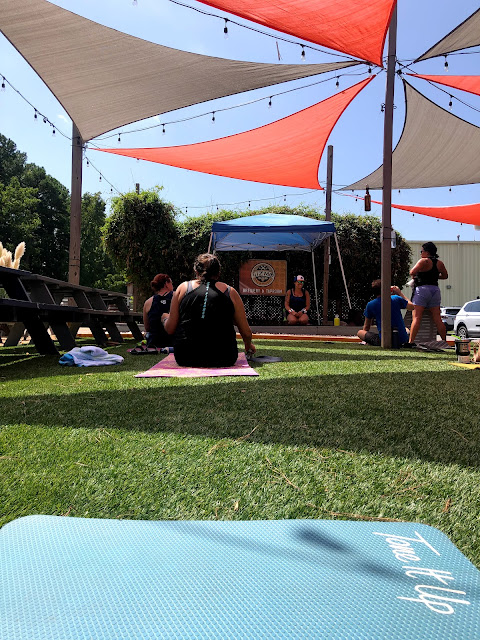 Outdoor yoga in the morning at Gizmo Brewing! This was my second time going and I still absolutely love the class. It was a really hot day so Erica kept the class on the slower and easier side which was very much needed. We finished off with a beer which is the way yoga should always end.