September 18, 2015
What a week!  Some weeks fly by, and some weeks never seem to end.  This week was on a whole 'nother level!  I swear that it still feels like Monday to me, but somehow it's just about the weekend.  How did that happen?!  I'm all over the state this week- from southwest to central and now eastern.  It's been a whirlwind week, but I'm here to talk about my favorites.  I hope you all have a great weekend, and let me know what you're currently obsessed with this week! 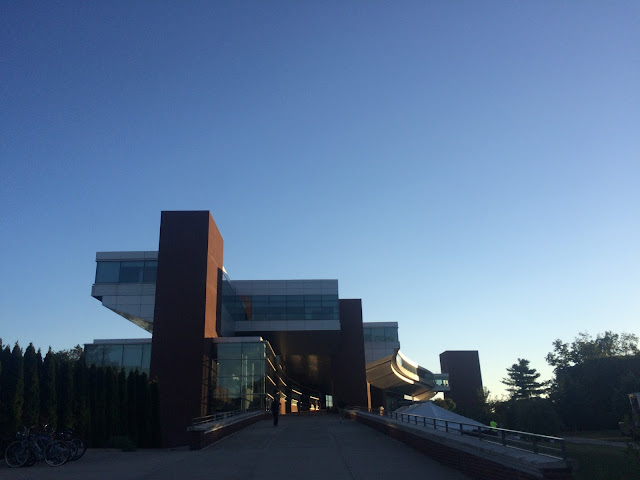 You all know that I love Penn State, so I was thrilled the get the opportunity to go to back to my college's fall career fair to recruit for my company!  The weather was perfect and I got to see a few of my old classmates (who were also recruiting for other companies..when did we get so old!?), so overall it was a great trip.  I only got to spend one day there, but it was way better than sitting in the office on a Monday!  If you're interested in reading some tips for navigating a career fair, check out my post yesterday!

I decided to treat myself to a massage after mentioning it in my last Currently survey.  It felt amazing!  The masseuse spent an hour working mostly on my legs, and also did some stretches for my hamstring.  Every ache and pain that I had went away after that, and my runs have been terrific this week!  I might have to stop in more often..if only it were cheaper... 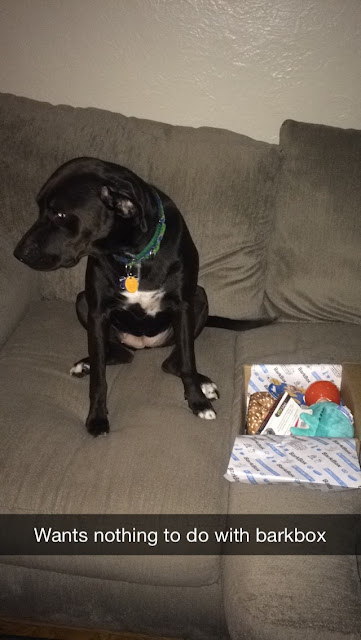 We just celebrated Selma's 4th birthday last week, and I decided to get her a Bark Box (thanks to a suggestion from Jenny!).  Even though she didn't seem interested at first, she found a new favorite toy (a Statue of Liberty squeeky ball) and some yummy treats.  If you're interested in getting a box for your four legged friend, you can use my referral link to get a free box, and Selma gets a free box too!

I love packing a yogurt in my lunch, and recently tried a new line from Chobani.  These little duos are so good and double as my dessert because they're so delicious!  I've tried a few flavors, and so far my favorite is the Chocolate Haze Craze.  I also got some fall flavors that I can't wait to try!

My Gold Star and Demerit of the week go hand in hand for this week.  As I mentioned above, I was really busy all week and was doing a lot of travel.  But, I managed to get in all of my normal runs, and even woke up to run before I had to leave for Penn State at 6:30.  I was really proud of myself for sticking to my plan!  On the other hand, I didn't cross train at all this week, which is a definite demerit! Next week I have to get back on track with some swimming and strength training!

It's that time of year- shows are nearing completion for the season , and new fall shows are popping up.  Not only did my favorite reality show start this week, but a few also held exciting finales.  I'm so excited for new shows coming up (I'll be talking about those next week), but here are my thoughts on this weeks' episodes!

Dancing with the Stars

The new season has premiered, and I'm already loving this cast.  How adorable are Carlos and Alexa?!  I love that there's a married couple on the show (who just happen to be two of the best dancers in the competition).  I think the producers are setting up the finale to include the two of them, but I'm completely fine with that.  Did anyone else grow up watching Spy Kids and think Alexa was the coolest girl ever?  My other favorites are Andy Grammar and Bindi!

I'm so happy that someone finally finished the course and that it was Issac Caldiero!  I've watched him the past few seasons and always thought he was one of the most talented competitors on the show, so he definitely deserved the title and money.  I don't care what CrossFit says- he is truly the fittest person on Earth!

After my favorite season of the show yet, I was really happy to see the ventriloquist win!  The entire finale was full of amazing acts, and Paul was definitely one of my favorites from the beginning.  He had so much creativity and really transformed what those puppets could do!  Very, very well deserved.

I was really excited to see my three favorites in the finale, and definitely was happy when Claudia won.  Although I thought that Derrick was the best chef of the season and deserved to win after the dishes he prepared, Masterchef seems to like to reward the underdog.  I think Claudia was fantastic all season, and definitely won over hearts when she talked about her daughter.  I'm sure her cookbook will be fantastic and the money will be well spent!

I was a fan of the CraigLewis Band this entire season of America's Got Talent, but didn't see them actually deserving the win until their finale performance.  As soon as the first note came out, I had goosebumps all over, and the performance kept getting better and better.  I was upset that they didn't even get top 5, but they definitely blew me away with this one!

Lately, Little Mix has been heavy on my running playlist rotation.  Their songs are all so upbeat and fun to listen to!  I highly suggest them if you're looking for new music on a workout mix!

What could be better than P!nk and Ellen DeGeneres?  I love the theme song for Ellen's thirteenth season (is that even possible?  I still remember when her show first started...).  It just oozes happiness!

I have just been loving Selena's new music lately.  Her new sound is so mature and edgy, and I'm really looking forward to her new album coming out.  This is a great song and is really catchy, just so you're warned!

Mark O'Connor - Call of the Mockingbird

I randomly heard this song on the radio the other day, and thought it sounded so beautiful.  It's a pretty lengthy violin piece, but is great music to listen to while you're trying to get work done.  It's really up-tempo and inspiring.  I love it!

What are you into this week?
What shows are you looking forward to in the fall?