Hello and welcome to week SEVEN of the Great British Bake Off! I can't believe this season is getting close to be over, and with another one of my favorites going home this week I'm getting sad to be finishing this series. It's been so much fun to bake new things and challenge my baking skills every week! 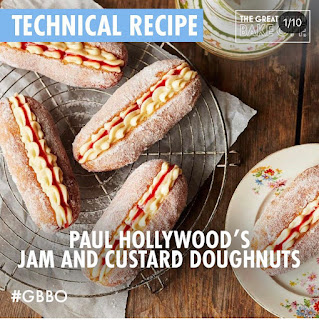 Back to this week- it was 80s week in the tent. I was born in the 90s so a lot of the references I didn't get, but definitely recognized the food. For the Signature Challenge the bakers made two types of quiche, and the Show Stopper was an Ice Cream Cake. Of course, the tent was piping hot, so there were a lot of drippy disasters. Drama!

The Technical Challenge was to make six jam and custard filled finger donuts. According to the judges, these were popular because they seemed more posh than the typical round donut. I was excited to make these because I've never actually made any donuts before, and don't have a proper donut pan. Since these are just formed by hand and fried in oil, I didn't have to worry about the pan at all! 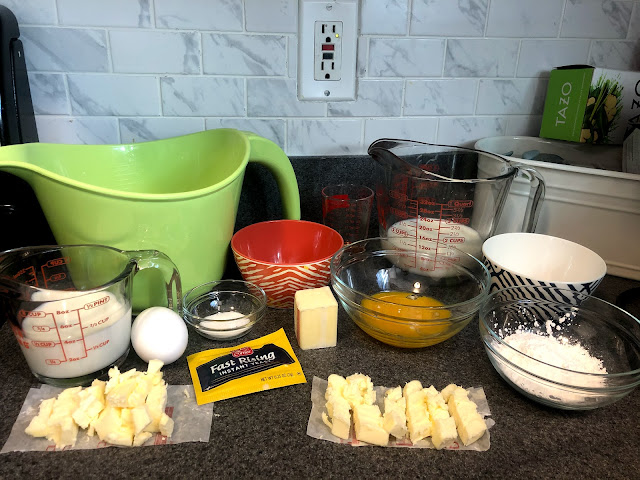 To make these, I first made the dough. This was a pretty simple process of kneading and letting it rest. This was a very sticky dough, but after kneading for what felt like hours (but was only 10 minutes), I had a very elastic and smooth ball. While this was resting and doubling in size, I made the creme mousseline, which was very similar to the creme pattisiere that I made during pastry week. The main difference is adding butter, which makes it super creamy and also tasted much better! 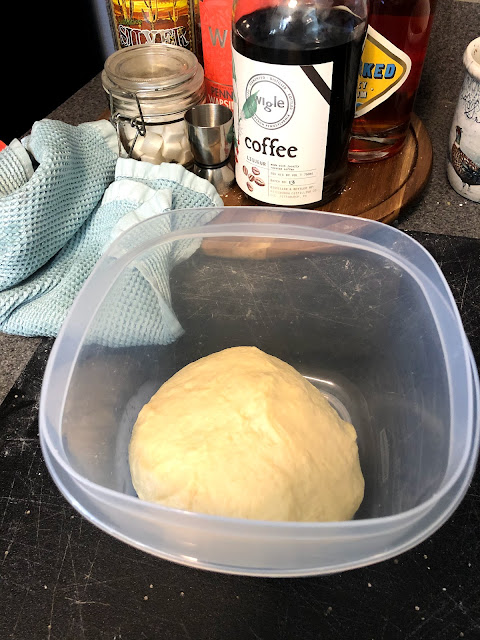 Once the dough was done rising, I formed six donuts, about 15 cm long and rounded at the end. This is where I made a mistake- I was trying to make all the pieces the same size, so I added pieces of dough if they were too small. The dough wouldn't really stick together at this point, so when I went to fry it there were some cracks and gaps in those areas instead of being perfectly round the whole way around. 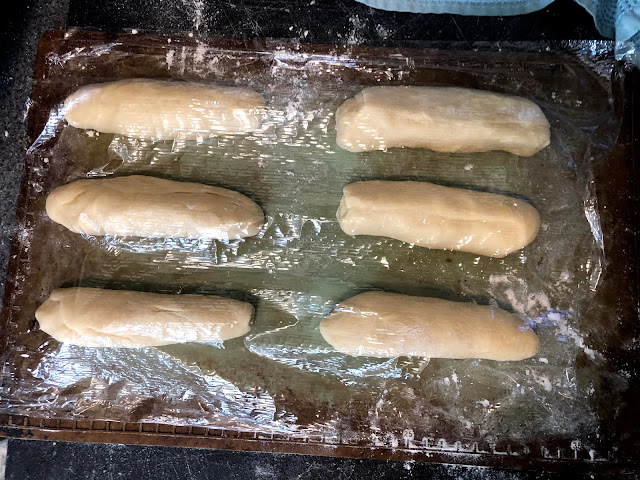 Speaking of frying- this was one of my first times doing it but it was fun! I used a regular pot and heated vegetable oil to 180c, then added two donuts at a time. It took about 2:30 on each side to be perfectly golden brown, then I rolled them in sugar while they were still hot. After finishing all of them, I had six beautiful donuts! 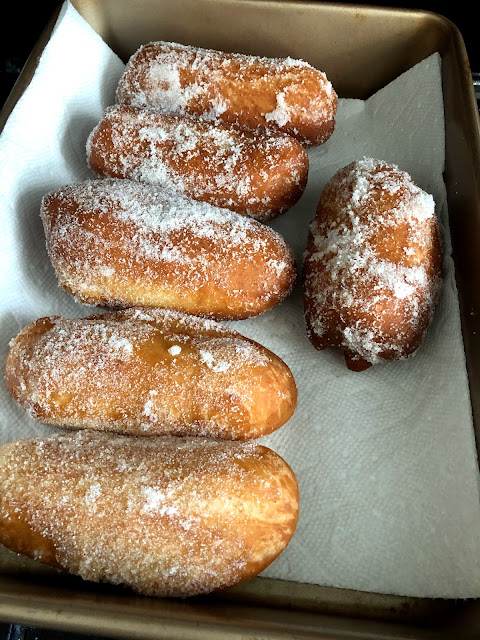 I let these sit for a bit to cool, then piped in my custard and added a line of strawberry jam (full disclosure- I didn't feel like making this from scratch so I bought some). I ate one immediately and LOVED it. The inside was so light and fluffy, and it was sweet from the sugar outside and creamy with the custard. It was honestly one of the best donuts I've ever had. 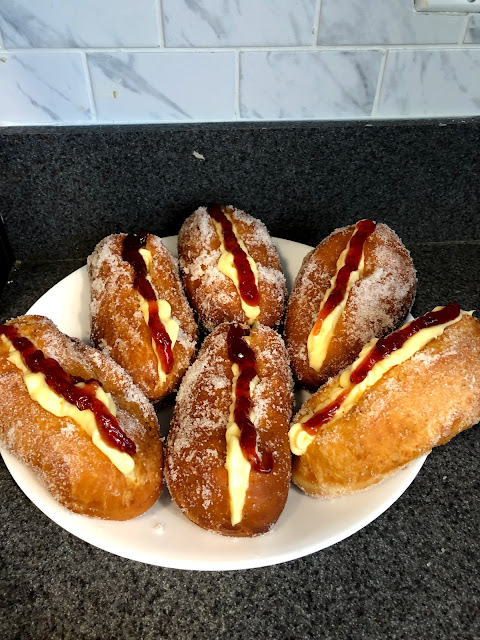 Just look how fluffy it is in the inside..yum! 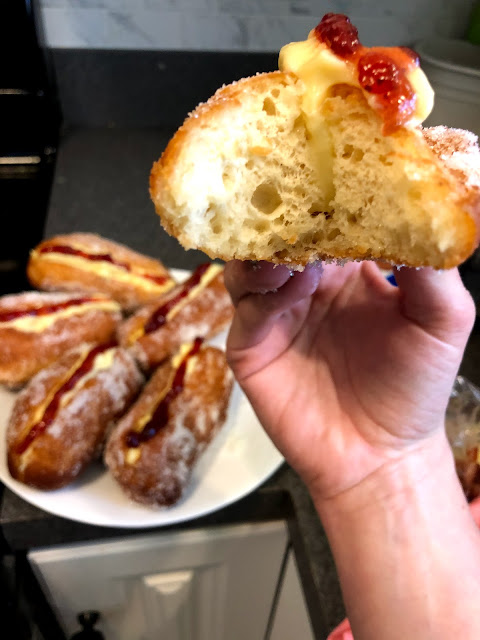