Tasty Tuesdays : Battle of the Stuffing

November 15, 2016
Last week I mentioned that dips were my favorite part of the meal, but stuffing has to be my favorite main/side dish.  I'm not sure if it's because I only get to eat it at Thanksgiving, but I look forward to eating it all year long, and eat A TON during the dinner!

I've never actually made stuffing myself, so I decided to test out two different store-bought brands and see which one was the best!  In today's battle of the Store Bought Stuffing, we have Trader Joes vs. Whole Foods.  (To be honest, I also wanted to try the undisputed heavy weight of the Stuffing world- Stove Top, but all non-chicken-flavored was sold out!)

Let's get to the battle! 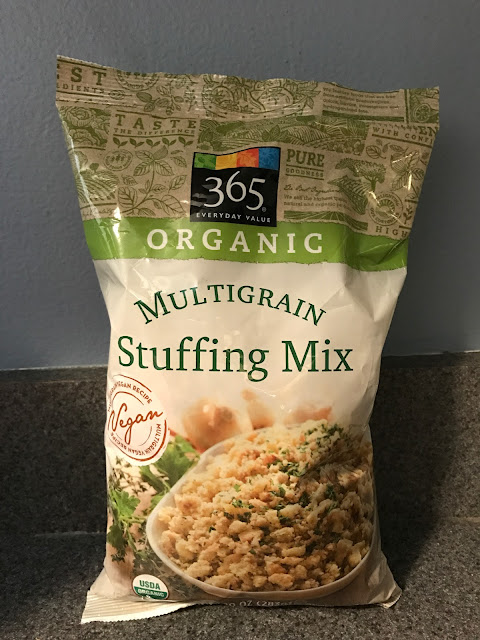 This was a very easy stuffing to make- boil water and olive oil, then mix in croutons.  Let it sit for a few minutes then fluff.  The seasoning was already mixed in with the bread, so this took about 10 minutes from start to finish!  Doesn't get much more simple than that. 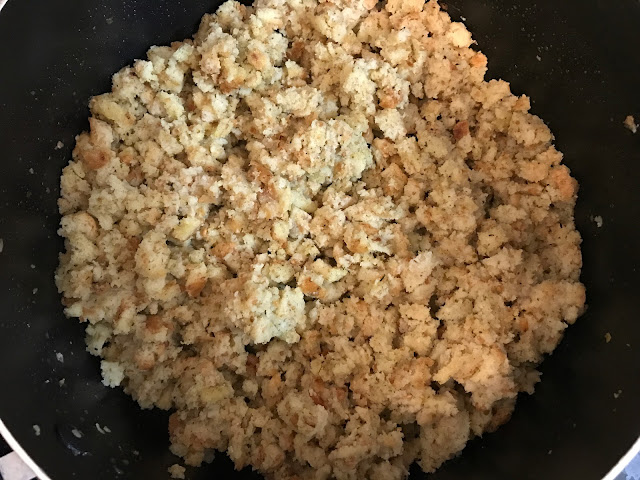 I've never had a crumbly stuffing like this, and the overall texture was a bit mushy.  It kind of reminded me of mashed potatoes!  However, the taste was incredible.  I could have eaten the entire bag in one sitting!

Pros: Taste, super easy and quick to make, vegan
Cons: Not a fan of the texture 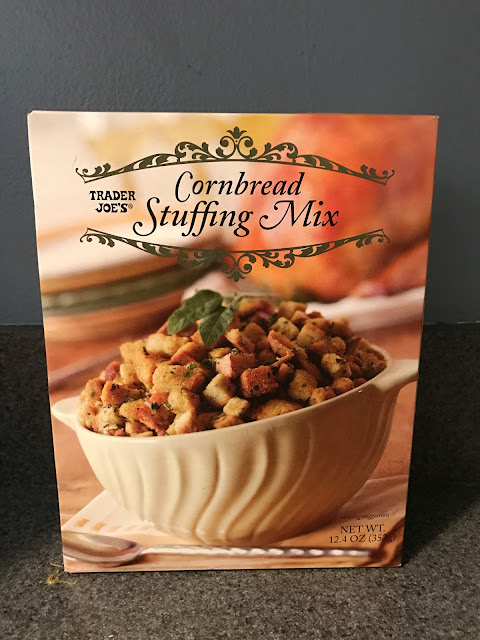 This stuffing took a bit more time and effort to cook- melt some butter and water, add in the seasoning and pour it over the croutons.  I decided to cook it in the oven to crisp it up, and it was ready in 35 minutes. 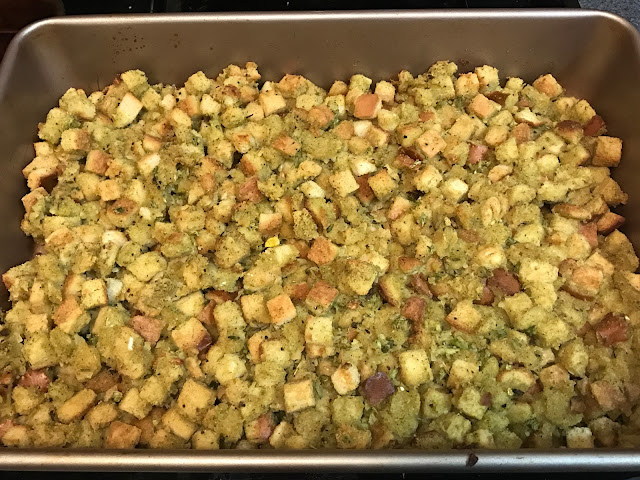 This had a great taste from the seasoning, but wasn't overly salty.  I liked the crunch of some of the stuffing thanks to baking it, while other pieces were softer.  It reminds me of a traditional, home-style stuffing!

Pros: Good taste and texture
Cons: Time consuming, not vegan (the seasoning packet had chicken broth in it..didn't notice until I had it home!)


Overall, I would have to pick the Whole Foods stuffing for the win.  It had a great taste and is perfect for Turkey Day because it takes barely any work or time.  Plain stuffing can seem boring, so if you're looking to upgrade a basic store-bought stuffing and make it seem more homemade, try some of these mix-ins!  Just add before you pop it in the oven, or stir it in while it fluffs up.


And now on to the vegan gravy!  I am a HUGE fan of gravy.  I completely drown my entire Thanksgiving plate in gravy and would probably drink it if I could.  I've also never made this before, but played around with a recipe and ended up with an amazing, flavorful vegan gravy that took barely any time.  Enjoy! 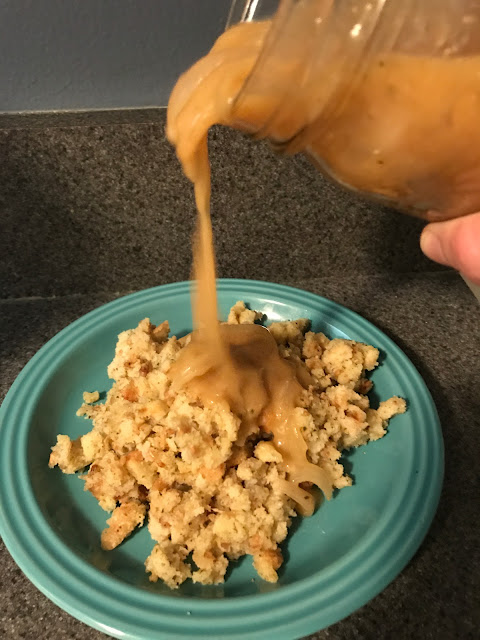 In a pan melt butter over medium heat.
Add onions and spices.  Stir occasionally as onions soften and start to brown.
Whisk in flour and cook for 2 minutes.
Pour in broth and allow gravy to thicken.


Do you call it stuffing or dressing?
What's your favorite dish to cook for Thanksgiving?