November 04, 2016
Happy Friday :)  I have a ton of fun plans for this weekend (and every weekend in November- the holiday party season is officially here!) so I'll be keeping my intro short and sweet today.  I hope you all had a great week and are ready for a fun weekend.  Good luck to everyone running NYCM (I'll be following online!) and to Jennifer who's running in her first full marathon this weekend.  You're all going to CRUSH it!

Now on to the favorites!

Everyone has a show that's their guilty pleasure...the one that when you're having a sick day (or just being lazy let's be honest) you can always binge-watch.  Even if you've watched every episode 10 times, you'll still watch it again and again and it never gets old.  For me, that show is America's Next Top Model!  I was so sad when Tyra announced that the show was cancelled after last cycle, but there's a revival coming out with a new host and judges and no more male models (THANK GOODNESS).  December 12th can not come fast enough, but in the meantime I'll be re-watching past cycles. All I have to say about game 7: EPIC.  That has to be, by far, the best game of baseball that I've ever seen.  It was such an exciting and emotional game on both sides with tons of twists and turns.  I hope this proves anyone wrong that says that baseball is a boring sport, because that game was amaaaaaaaazing.

Last week, I took a trip to Ulta to pick up some new mascara and dry shampoo.  Since I had some coupons and gift cards to use, I decided to splurge and try a product by Dry Bar.  I was half hoping that I would absolutely hate it and not be tempted to try more from them, but I'm absolutely in love!  The spray smells amazing, and it made my hair look fantastic.

Not even lying- I was in a meeting the first day that I tried it out, and when one of my co-workers came into the room her first comment was "Your hair looks fantastic!  It looks like a supermodel's hair!".  Later that day someone else sent me a message saying that I was having a great hair day.  These are the only times that I've ever been complimented on my hair at work, so I know it's not a weird coincidence!   It's definitely a splurge, but if someone says I have supermodel hair I'LL TAKE IT. 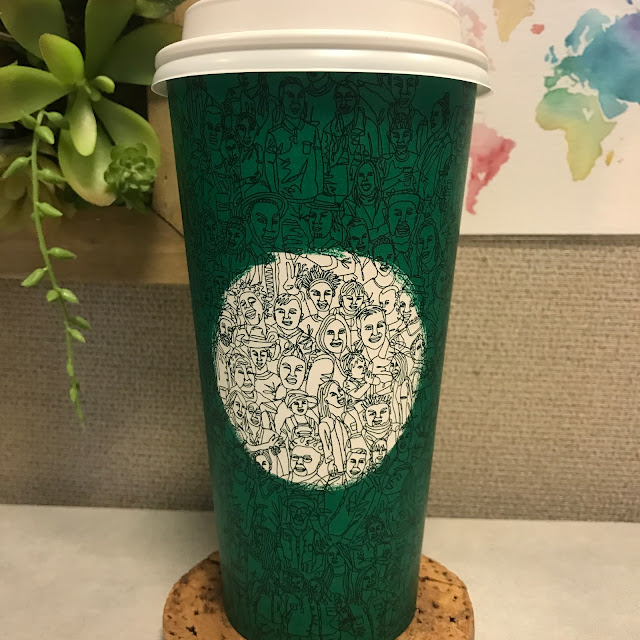 Earlier this week I had my first holiday drink from Starbucks, and was surprised to see a new cup!  I thought it was really interesting and fun, until I researched what it was for and realized it's all political propaganda (apparently).  Am I naive in thinking that sometimes a cup is just a cup, and Starbucks doesn't have some evil agenda and their drinks are brainwashing us?  I think the only crime here is the fact that my drink ended up being $7 (thank goodness for Star Rewards so I got it for free)! 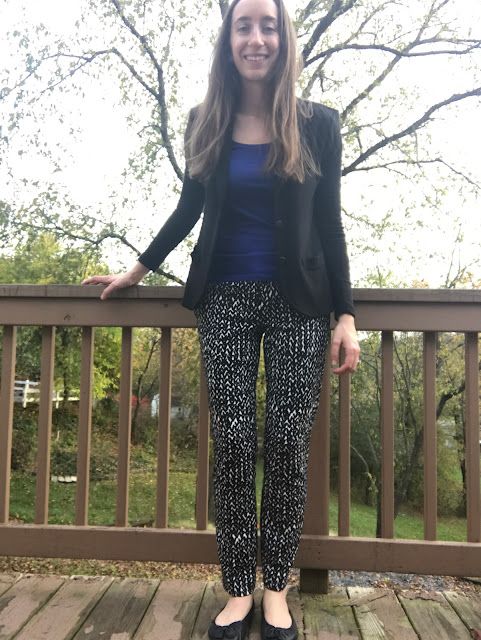 I just picked up these pants and they're a little out of my comfort zone, but I'm obsessed with them!  They're really comfortable and I love the crazy pattern on them.  What do you guys think?

Leave it to me to start a weekly feature and completely forget about it for two weeks!  I'll make up for it by sharing three videos today!  I'm not sure if I've been living under a rock for the past few years, but I'm just now finding out about the Tight Pants skit with Jimmy Fallon and Will Ferrell.  Fair warning- the song is really catchy and I've been singing it to myself constantly ever since I watched the video:

The first video came out in 2012, and then JLo brought it back with Jimmy in 2014.  I'm not sure how she can make tight pants, crop top, and bowl cut hair work but she does!


Most recently, Christina Aguilera joined in with Jimmy and Will and the result was equal parts hilarious and incredible (any time Christina sings I'm shocked by how amazing her voice is!)

Today I'll be sharing some of my favorite albums that have recently come out, and there might be some Christmas music snuck in there!

Joanne - Lady Gaga - Gaga goes country and I'm loving it
Uncharted - The Piano Guys - My favorite pop/classical musicians!  These guys are amazing
A Pentatonix Christmas - Pentatonix - It might be too early, but I don't care!! All the songs instantly put a smile on my face
Day Breaks - Norah Jones - Perfect ambiance music when I want to sip some wine, read a book and swing on my hammock outside
OK COMPUTER - Radiohead - Not a new CD but I'm going through a major Radiohead moment.  Favorite song is Exit Music...listen to that on full blast and get the chills

What's your favorite Christmas CD?
Starbucks order? Or are you boycotting over #CupGate?
What's your guilty pleasure show?

linking up with Erika and Heather
top five friday